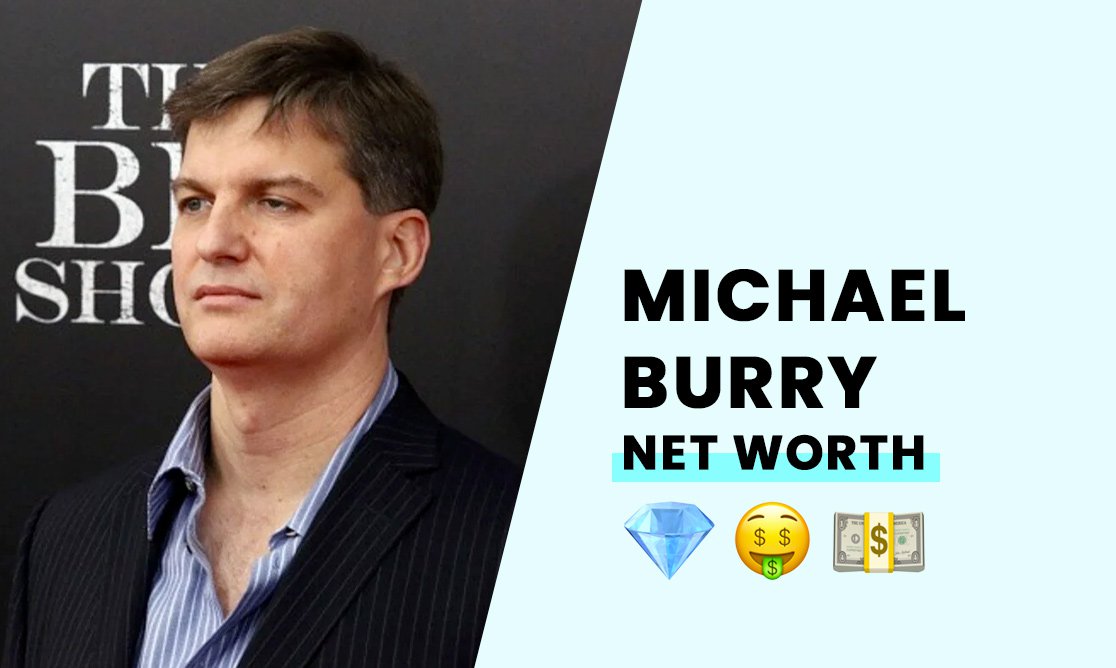 The estimated net worth of Michael Burry is $300 million.

Burry is the founder of Scion Capital LLC, a fund he managed during the Great Financial Crisis of 2008, making billions in profits for his clients during the collapse of the American housing market.

Burry appeared as a character in Michael Lewis's book, "The Big Short," which would later turn into a Hollywood Blockbuster, with Christian Bale playing the part of Burry in the film.

Burry launched Scion Capital LLC in 2001. Thanks to Burry's savvy investment strategy, the fund saw a 55% return in its first year. By 2004, he had $600 million in AUM with Scion.

Born on June 19, 1971, in San Jose, California, Michael Burry lost his left eye to retinoblastoma at two years old, forcing him to wear a false eye throughout his life.

While growing up, Michael would fixate his attention on subjects to a degree where he had to know everything about it.

Later in life, he would discover he was mildly autistic.

However, Michael's range on the spectrum of autism was mild, causing him to develop an introverted personality and an ability to hold his concentration while learning about advanced topics.

Burry attended Santa Teresa High School, enrolling at the University of California to study economics and earn his bachelor's degree. After finishing his BA, Burry went on to study pre-med.

Burry obtained his M.D. from Vanderbilt University School of Medicine but did not complete his residency in neurology at Stanford University Medical Center.

While he doesn't practice medicine, he maintains an active license with the Medical Board of California.

Instead, Burry went on to study finance, founding Scion Capital LLC in 2000.

How did Michael Burry build his net worth?

Burry built his interest in investing in stocks while studying medicine.

He had a degree in economics and found himself researching value investment strategies in his spare time.

By 2000, Burry decided a career in finance interested him more than a career in medicine, and he dropped out of Stanford before completing his residency.

Instead, he founded Scion Capital, experiencing success with his investments.

Burry told his investors to come in with him on a massive bet against the housing market in 2005.

It took years for Michael's predictions to play out.

However, when they did, he returned a personal profit of $100 million and $700 million for his investors.

Michael Burry says he gets his strength to keep playing in the markets from his wife, Cassandra.

He posts under her name as his user on Twitter. Michael is notorious for releasing strings of tweets on scary financial subjects.

He will then delete his tweets and block his account for weeks before resurfacing.

How rich is Michael Burry?

Dr. Michael Burry is the famous value investor featured in "The Big Short." Burry predicted the 2007 mortgage crisis and the 2008 Economic Crisis.

While many banks folded and hedge funds collapsed, Burry's fund profited heavily, earning his investors billions of dollars in profits.