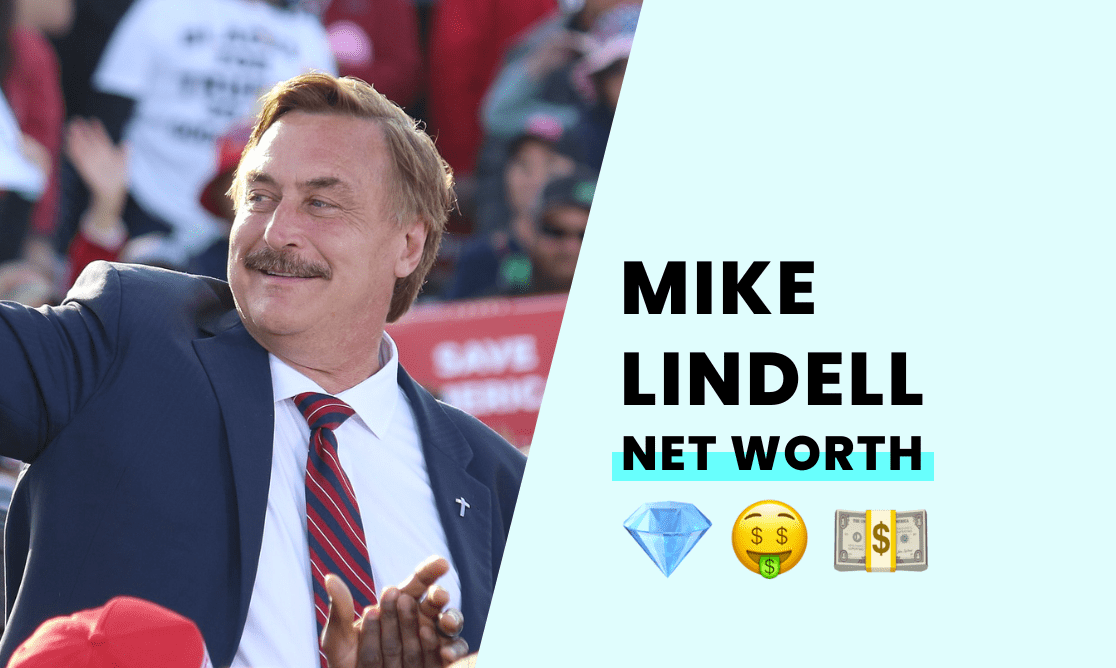 Mike Lindell's net worth is estimated at $300 million.

How did Mike Lindell build his net worth?

Famously known as the "My Pillow Guy" and ardent supporter of Donald Trump, Mike Lindell built his net worth by selling pillows, bedding, and a range of slippers.

Carpet cleaning, operating a lunch wagon, and owning bars and restaurants in the 1980s in his hometown of Minnesota contributed to his net worth and taught Lindell his business skills.

As he struggled to find that comfy, sleep-inducing pillow, Lindell decided to invent and manufacture the inners of his now-famous MyPillow made of interlocking shredded foam.

Traction and sales in this over-stuffed market were slow, but in 2011, he aired his story, including his struggle with drug addiction, in infomercials and print ads, and sales started to rocket. MyPillow employees increased from 500 to 1500 to keep up with demand.

By 2017, he had sold around 30 million pillows increasing his revenue to $300 million. In addition, he was selling other bed-related merchandise. However, he lost $65 million in revenue because of customers boycotting him due to his vocal support of Donald Trump and his defense of the "big lie."

How has Mike Lindell spent his wealth?

Mike Lindell is a generous guy. He donated to Union Gospel Missions, the Salvation Army, and other charities, especially when he started raking in significant amounts at the beginning of the pillow business.

He shelled out a small fortune to assist Trump in overturning the election result. Josh Merritt, an ex-member of Lindell's team, spilled the beans that Mike had spent $3 million on advisers and "white hat hackers" to try and get evidence of voter fraud in the 2020 election. One of these discredited "experts'" put the money toward a luxury Florida home.

Mike spent millions developing "Frank Social," which focused on developing and launching his own social media platform that would appeal to his right-of-center followers.

The CEO claimed he spent $100 million on infomercials to promote his MyPillow business.

Lindell paid $760,000 for a Bentley Flying Spur because he was known for owning high-end automobiles. His collection includes a Lincoln Navigator, a Range Rover Velar, a Lexus ES, a Mercedes-Benz C-Class, a BMW X8, an Audi A6, and a Ferrari Portofino.

Spanning 21,000 sq feet, he owns and lives in a luxurious, palatial house in Minnesota.

In addition to his cars and home, he used to own a private jet. Newsweek reported that he had to sell it to support the $1.3 billion lawsuit that Dominion Voting Systems brought against him.

How rich is Mike Lindell?

Various sources report that Mike Lindell is worth around $300 million.

Is Mike Lindell a millionaire?

Yes. Mike Lindell has made millions of dollars from his pillow manufacturing business.