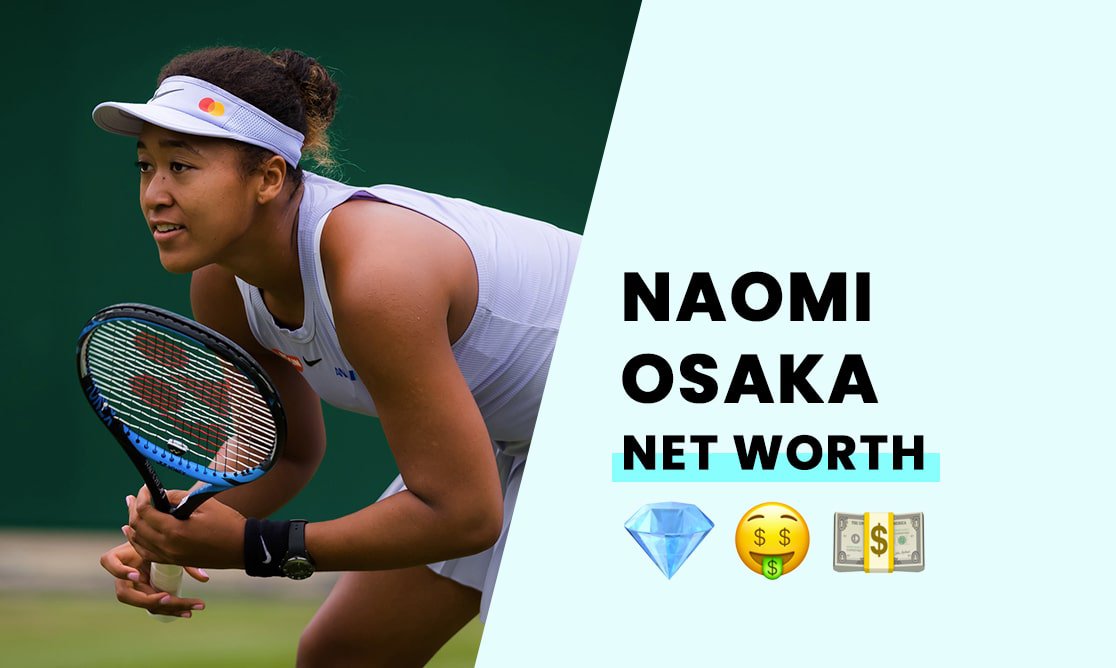 The estimated net worth of Naomi Osaka is $60 million.

Naomi is the first Asian-American woman to hold the top spot on the Women's Tennis Association rankings, winning back-to-back grand slams in 2018 and 2019, a feat not achieved since 2001. Naomi also claimed the title of the highest-paid female athlete in 2020.

Born on October 16, 1997, in Chūō-ku, Osaka in Japan, Naomi Osaka is the daughter of Tamaki Osaka and Leonard François. Her mother is from Japan, and her father is from Jacmel, Haiti. Naomi also has an older sister, Mari.

Naomi and her sister retained their mother's name while living in Japan. When Naomi was three, her family moved from Japan to Elmont, Long Island, New York, to live with her father's side of the family.

After seeing the Williams sisters compete in the 1999 French Open, her father decided to coach his daughters in tennis.

The family moved from New York to Florida in 2006 when Naomi was eight to give her better training opportunities with leading coaches and academies. Naomi grew up playing tennis at the Pembroke Pines public courts, with her parents homeschooling her in the evenings.

Naomi started working with Patrick Tauma at the ISP Academy when she was 15-years old. In 2014, she moved to Harold Solomon Tennis Academy, eventually moving to the ProWorld Tennis Academy.

While Naomi spent her youth growing up and training in America, her parents decided that show would represent Japan in competition.

How did Naomi Osaka build her net worth?

Naomi earned around $5 million during her career, which is just a fraction of her total net worth. Naomi makes the bulk of her earnings through her various endorsement deals. The athlete has more than 20 sponsors, and she works with leading brands like Louis Vuitton, Nike, Sweetgreen, and Airbnb.

In Q4 2020, Osaka launched her first apparel collection with Nike. The range includes sweatshirts, polo-neck sweaters, and activewear featuring her personalized logo. She launched a second apparel collection in 2021, with mesh bodysuits, crop tops, and t-shirts in the range.

Naomi even has a Barbie Doll in her image, and it sold out within hours of its launch. While the official figures say that the tennis star is worth $60 million, her real net worth is much higher since she earned $60 million in 2020 alone.

Naomi attributes her success on the tennis court to her father. She says that his early identification of her talents and his willingness to help her achieve in the sport led to her dominating the women's tennis rankings. She says that her commitment to tennis comes from her love for the game, and she feels comfortable and at home on the court.

How rich is Naomi Osaka?

With a reported fortune of $60 million, Naomi Osaka is the highest-paid athlete in women's sports and the top-ranked player on the women's world rankings. She earned the bulk of her wealth through her endorsement deals with numerous brands.