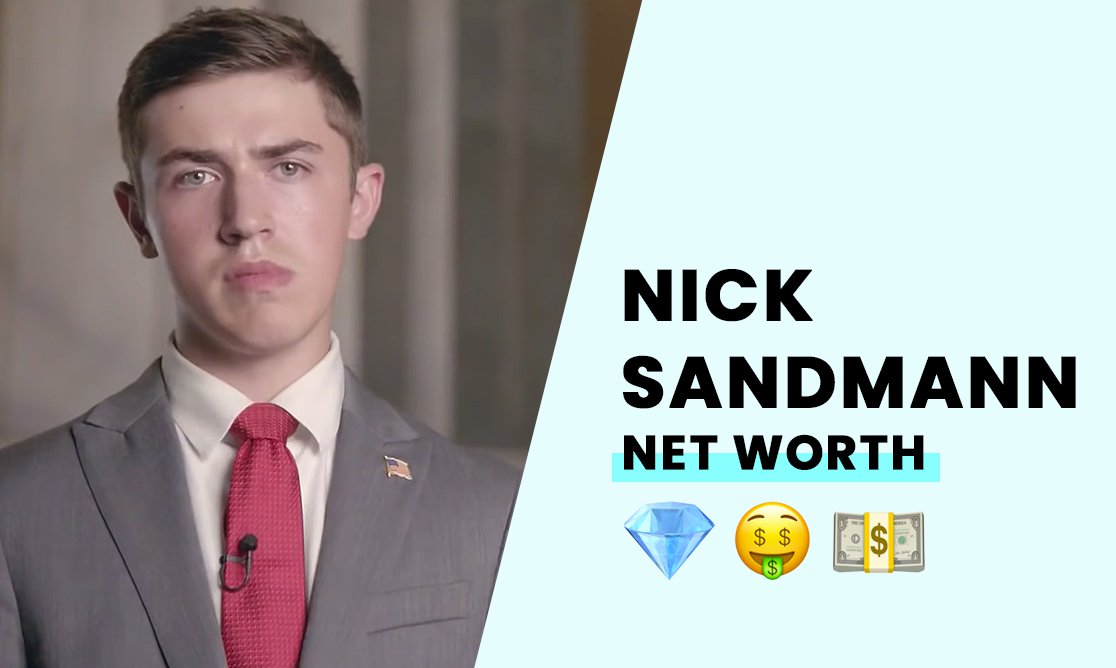 The estimated net worth of Nick Sandmann is in excess of $1 million dollars.

He is most known for being filmed at the Indigenous People’s Day rally in Washington DC facing off with a Native American group. Being that he was a minor at the time and just having graduated from high school at the time of this post, he has no business or work income to date.

The Early Life of Nick Sandmann

Nick Sandmann was born in Kentucky in 2002. As of 2021, he is 19 years old and has led a generally typical life for a young man of his age. His parents are Julie and Ted Sandmann. He enjoys swimming and boating as his main hobbies.

Nickolas attended Covington Catholic high school and graduated in 2020. In 2019 he attended a march with his other classmates from the school as part of the March for Life rally in Washington DC. He is currently a student at Transylvania University College.

How did Nick Sandmann build his net worth?

Nick Sandmann and his family have filed as many as 13 lawsuits against media outlets for defamation and emotional distress. One of the lawsuits amounted to $250 million dollars. One was thrown out, while the other was settled for a much smaller but undisclosed amount.

One law expert, William Jacobson from Cornell Law School, estimates the deal with CNN was worth at least seven figures.

At the start of 2019, Nick visited Washington DC with his school to join the March for Life rally. During the trip, there was a confrontation in front of the Lincoln Memorial with an indigenous man, Nathan Phillips, who was in DC for a different rally.

Unfortunately and predictably, much of the mainstream media jumped to conclusions about the MAGA hat wearing teenager in the viral videos which resulted in inaccurate information being published. This false narrative led to threats against Nick Sandmann, school closures, and more.

Nick’s family was under duress for almost a year due to the inaccuracies in the reports shared online and on TV. The Covington Diocese and Nick’s school hired private investigators to dig deeper into the events of that day which revealed a different story. As a result, Nick’s family filed several defamation lawsuits against various parties.

A $250 million defamation lawsuit was filed and was dismissed in July of 2019. The suit was then altered to change the language to be more specific, and it was eventually settled in the middle of 2020. The settlement amount has not been publicly disclosed.

A $250 million defamation lawsuit was filed in 2019 and it was settled at the start of the year in 2020. The amount and terms of the settlement are private.

A $275 million defamation lawsuit was filed in 2019, and it was privately settled in December of 2021. The terms are listed as private, so the settlement amount remains unknown.

Now that he’s out of the spotlight, Nick likes to spend time relaxing with his friends when he is not studying to further his education. He makes a point of setting aside specific time to complete class work and homework in order to maintain his productivity levels.

How rich is Nick Sandmann?

Nick Sandmann is currently a student who has yet to disclose the results of his settlements from Washington Post, CNN and NBC but it could run into the millions.