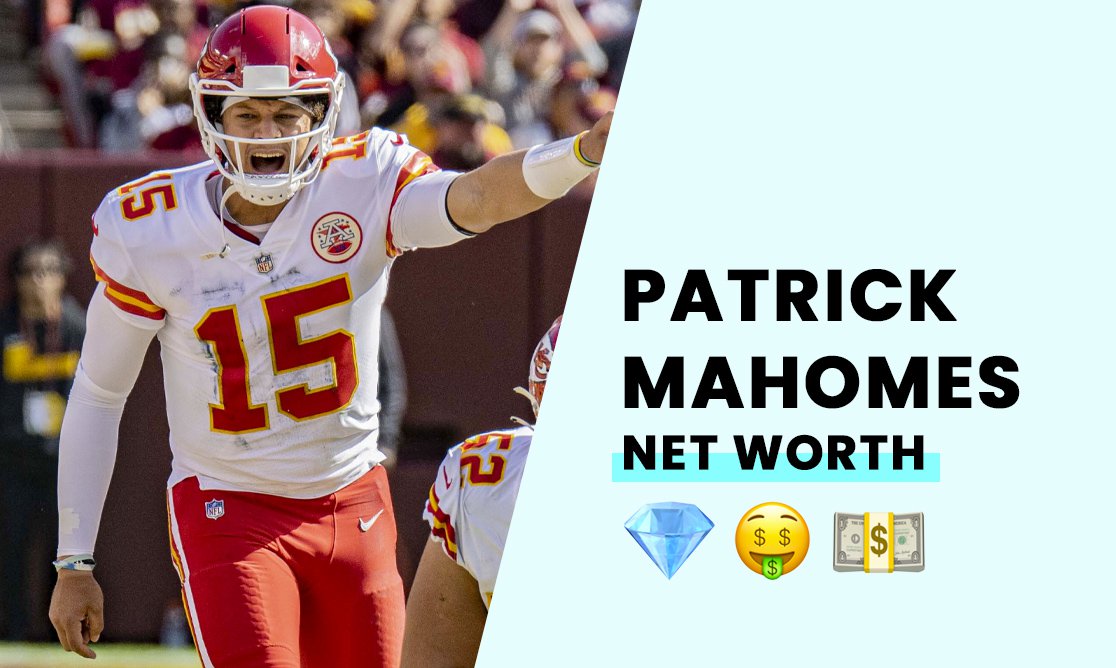 The estimated net worth of Patrick Mahomes is $40 million.

Patrick Mahomes is an American NFL player. He is one of the highest-paid athletes in the world as the 10th pick by the Kansas City Chiefs in the first round of the 2017 NFL draft.

Born in Tyler, Texas, in 1995 Patrick Lavon Mahomes II, is the son of Pat Mahomes, an MLB pitcher, and Randi Mahomes. Patrick grew up playing basketball, baseball, and football.

Mahomes played the quarterback position at Whitehouse High School. He also played basketball and baseball, and he credits the sports for helping develop his quarterback arm.

Mahomes graduated from playing college football at Texas Tech, where he had 4,619 passing yards, 50 passing touchdowns, 948 rushing yards, and 15 rushing touchdowns as a senior, and was named Second-team All-Big 12 in 2016.

How did Patrick Mahomes build his net worth?

Mahomes built his fortune through his love for the sport of football. He was the #10 first-round draft pick for the Chiefs in 2017, earning his spot as the team starting quarterback in 2018

During throwing drills at the NFL Combine, Patrick's passes clocked at 60 mph, tying Bryan Bennett and Logan Thomas for the fastest passes ever recorded. Scouts from 28 NFL teams attended his debut at Texas Tech.

During the draft, he was one of the fastest-rising NFL prospects, with 18 private workouts, more than any other prospect in 2017. His career got off to a flying start, securing the NFL record for the most touchdown passes in his first two and three games.

Mahomes is also the youngest quarterback to throw six touchdowns in a single NFL game. Mahomes took the Chiefs to the AFC Championship in 2020, winning the game to make it to Super Bowl LIV. It was the Chief's first Super Bowl appearance in 50-years.

Mahomes secured a $10-million signing bonus in the draft and a guaranteed $16.2-million four-year deal with the Chiefs after the 2017 draft. Mahomes had two years left on his deal going into Super Bowl LIV. The Chiefs ended up renewing his contract for a record-setting $200 million, with a $40 million guaranteed annual salary.

The Chiefs announced the deal on July 6, 2020, with Patrick signing a 10-year extension with the Chiefs for a reported record-breaking $450 million in total. Mahomes' deal surpasses the previous record held by the NFL all-time money leader, Drew Brees, who has a total of $250 million in career earnings.

Mahomes credits his time playing sports in high school for the development of his athletic prowess. The football star says his commitment to playing baseball and basketball helped him develop strength and accuracy in his throwing arm.

How rich is Patrick Mahomes?

With an estimated $40 million annual salary, and a 10-year deal worth $450 million, Patrick Mahomes is the highest-paid star in the NFL.