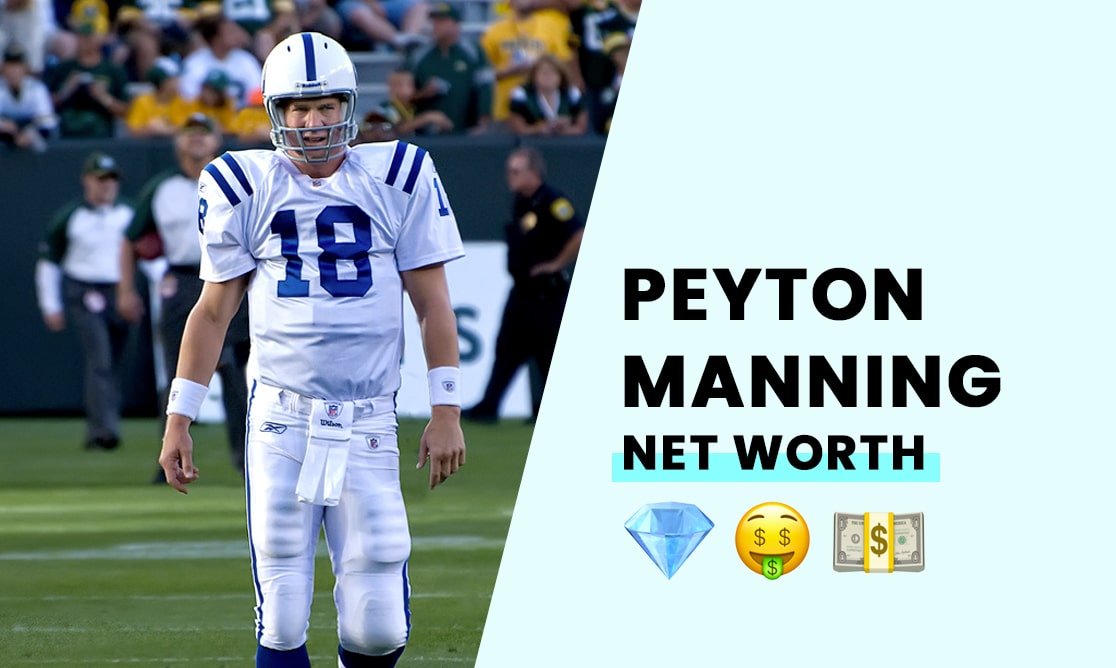 The estimated net worth of Peyton Manning is $250 million.

Manning was born in New Orleans, Louisiana on 24 March 1976. His father Archie Manning and his mother Olivia Manning were both American football players. He is the second of their three sons and was followed by Cooper and Eli. Peyton grew up in New Orleans.

Manning attended Isidore Newman School and then went to the University of Tennessee where he attained a Bachelor of Arts in Communications Studies.

As a devout Christian, Manning is very vocal of his faith. Accordingly, football comes only at the fourth place after faith, family, and friends, in terms of his life priorities.

He commits his football career to God and shared that he always say a prayer before and after games.

How did Peyton Manning build his net worth?

Peyton Manning built his fortune as an NFL star. Between his salary and endorsements, Manning’s football career earnings are just shy of $600 million, making him one of the richest athletes in the sport.

When signing to the Bronco’s, Peyton received a salary of $18 million per year, with bonuses and incentives included in his contract.

In 2011, Peyton signed a five-year $90 million deal with The Colts. At the time, the contract made him the highest-paid athlete in the NFL.

However, Indianapolis would let him go in 2012 after Peyton sustained a neck injury.

He also had disputes over its salary cap, leaving him disgruntled with his situation. He left and went on to sign with the Denver Broncos in a deal for $96 million.

Along with his huge salary from football, Peyton also earns through his sponsorship deals with leading companies and brands.

According to sources, the NFL star earns around $25 million each year in endorsements alone, boosting his income to $43 million per year. His sponsors include ESPN, Sony, DirecTV, Spring, MasterCard, Gatorade, and Reebok.

The most valuable player is the one that makes the most players valuable.

How has Peyton Manning spent his wealth?

His most valuable possession is his mansion at Cherry Hills.

He’s a savvy businessman, and he has other investments in stocks and property across the United States.

How rich is Peyton Manning?

Is Peyton Manning a millionaire?

Peyton Manning has earned several million-dollar contracts from the Denver Broncos and Indianapolis Colts American football clubs and is a multi-millionaire many times over.

Is Peyton Manning a billionaire?

Although Manning has been extremely well paid, he has not joined the billionaire club just yet.

Peyton Manning was not born into wealth.