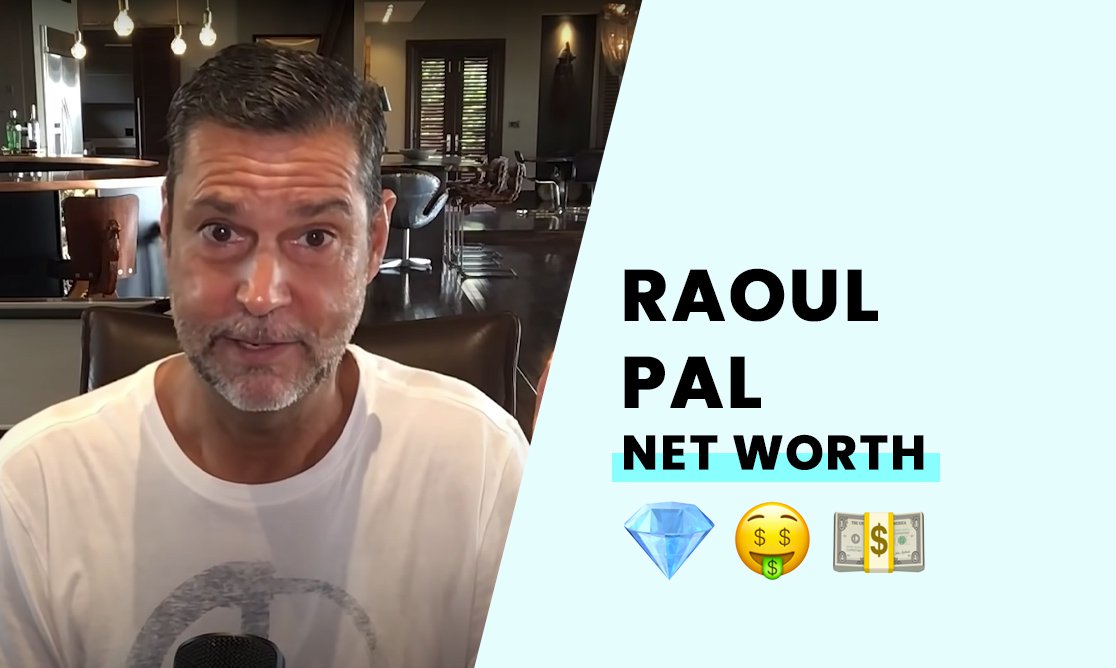 The estimated net worth of Raoul Pal is $45 million (in fiat USD).

He opened up finance to the common man in the form of a video streaming platform that can be viewed anywhere. Many people call him the Netflix of assets that are based in the digital world. Though he is most known for the streaming platform, his investing prowess predates the service.

Raoul Pal always had an interest in finance and made it his goal in life to land a job that allowed him to achieve his dreams. Following graduation, he went on to work in Goldman Sachs before opening his own business a few years down the line. He has been married twice, with his latest wedding being to a therapist.

Raoul has been successful in the finance industry, thanks in part to his own ability to foresee the market. His skill was further supported by the comprehensive education he received in Economics and Law from the University of Plymouth in the UK.

How Did Raoul Pal Build His Net Worth?

Raoul Pal always had a head for investments, but his climb to the top started with his position as Head of European Hedge Fund Sales. This position was in Goldman Sachs, specifically in the equities and equity derivatives section. After a successful and lucrative stint with the company, he moved on to GLG Partners as one of their chief portfolio managers. With the experience and the money he earned from both positions, he launched his own company in 2005; The Global Macro Investor.

The Global Macro Investor was a service dedicated to providing financial information and was followed by top players in the pensions and hedge funds field. The company continued to expand its offerings through consultancy. The business grew steadily and offered promising returns based on sound performance.

In 2013 he founded Real Vision due to being upset with the way media companies were unable to adjust to the market. He decided to launch Real Vision with Grant Williams as a way to offer on-demand finance to the masses. He took the traditional media outlet mold and boosted it to the next level by offering advice in newsletters and through other media channels. What set his company apart was that it provided actionable advice to those making a profit in the field.

Most people with excess money in the bank and an eye for finance will eventually turn their attention to crypto. The same is true for Raoul. He invested in Bitcoin at an opportune time and resisted the temptation to liquidate his holdings. He has also heavily invested in Ethereum. Most recently he has decided to offload his gold bullion and holdings to convert to both of his preferred cryptocurrencies. All but a small percentage of his overall wealth is currently held in the form of Bitcoin and Ethereum.

So how rich is Raoul Pal? How did he dedicate time to build that wealth? Raoul Pal’s wealth is highly impressive but like anything worth holding onto, it takes work. He makes a habit of visualizing where he wants to be and what goals he wants to achieve in order to find solutions.

Improving productivity is boosted by looking at the problem from different angles and creating a unique way to arrive at the endpoint. He goes more into detail on a popular episode of the Tim Harris show where he explains his thinking.

How Rich is Raoul Pal?

How much is Raoul Pal worth? As the owner and mind behind Real Vision, he has a worth of $45 million as of the end of 2021.