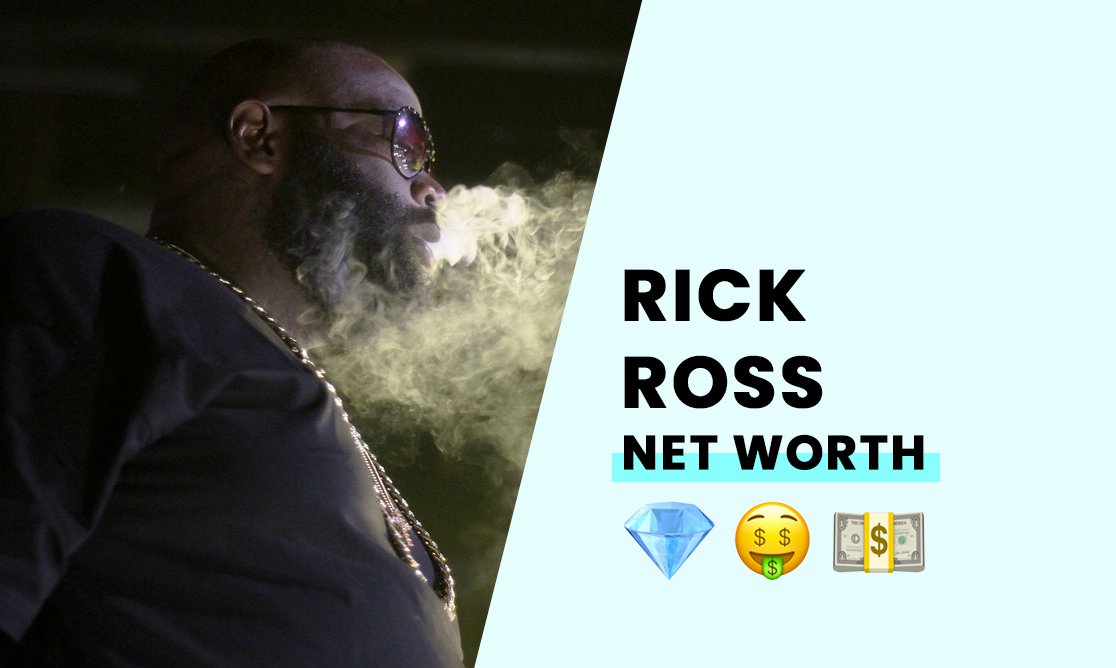 The estimated net worth of Rick Ross is $45 Million.

Rick Ross is an American rapper, record executive, producer, and entrepreneur. Rick Ross is one of the most successful rappers in the game, with millions of record sales.

At stages during his career as a hip-hop artist, Rick Ross was one of the top-10 highest-earning rappers in the world. His total career earnings approach $90 million.

How did Rick Ross build his net worth?

Rick Ross burst onto the hip hop scene in 2006 with his debut smash-hit 2006 single, "Hustlin." With Ross gaining international fame, he started a bidding war between Irv Gotti's Murder Inc. and Diddy's Bad Boy Entertainment for his contractual commitment.

However, Ross decided to sign with Def Jam Records instead, after meeting with its CEO, Jay-Z. Ross would release his first studio album, "Port of Miami," under the Def Jam label. The album was an instant success, debuting at the #1 spot on the Billboard 200.

Ross followed up on his success with his second album, "Trilla," in 2008. The album followed in the footsteps of its predecessor, debuting at the top spot on the Billboard 200. After the success of his first two studio albums, Ross went on to found his record label, "Maybach Music Group," in 2009.

He was the first artist to sign to Diddy's management company, "Cîroc Entertainment." The artist sparked beef with rapper 50 Cent, resulting in 50 airing his financials o the Ed Lover morning show after obtaining a copy of the records through Ross's child support case.

The records showed that Ross was not as wealthy as reported. The artist also came under fire for his rapper name, taking the moniker from "Freeway Ricky" Rick Ross, a notorious crack dealer with connections to Mexican cartels.

However, these minor setbacks didn't stop the rapper's rise to fame. MTV named Ross "The Hottest Rapper in the Game" in 2012.

While he promotes guns, violence, and drug use in his music, Rick Ross claims he is a devout Christian. During an interview with presenter Corey "Coco Brother" Condrey on Lift Every Voice, the rapper stated that he held his belief in God, even while he was going through turmoil in his life. The rapper supposedly prays before getting on stage at his shows.

Rick Ross had a job as a correctional officer before his career as a rapper. It's a somewhat ironic career choice since he ended up in trouble with the law several times during his career.

How rich is Rick Ross?

With a reported wealth of $45 million, Rick Ross is one of the most successful rappers in the industry. He also has several businesses and investments and continues to grow his wealth.

Is Rick Ross a millionaire?

Yes, Rick Ross is a multi-millionaire with a net worth of at least $40 million.

Is Rick Ross a billionaire?

No, Rick Ross has not become a billionaire.

Rick Ross did not appear in any of the bankruptcy searches we conducted.

Rick Ross was not born rich.