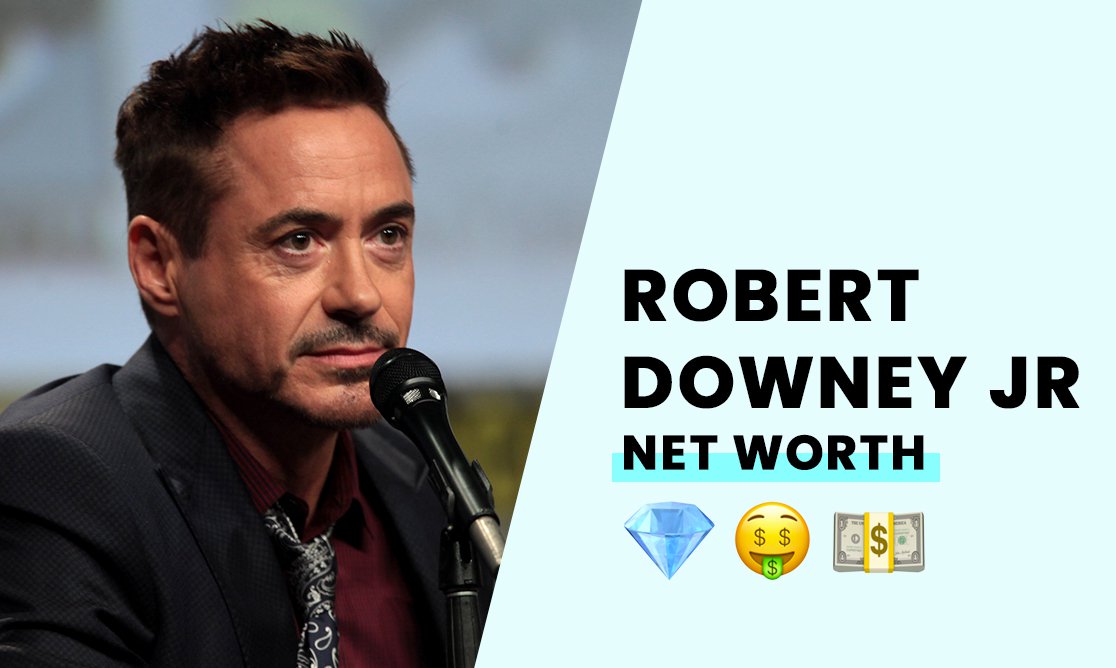 The estimated net worth of Robert Downey Jr is $300 million.

He is an American actor and producer. Downey built his legendary status in Hollywood, playing the role of Tony Stark in the "Ironman" franchise.

The part made him one of the highest-paid actors in the industry, with his career experiencing a rebound after overcoming his issues with substance abuse.

Born on April 4, 1965, in New York City, Robert Downey, Jr. is the son of Robert Downey Sr. and Elsie Ann Downey. Both his parents are in showbusiness, and it was natural that Robert would follow in their footsteps.

Robert has an older sister, Allyson, and the family lived an upper-class lifestyle in Greenwich Village. Downey Snr was a drug addict, allowing Robert to try marijuana at the tender age of 6 years old. His parents divorced in 1987, with Downey choosing to move to California with his father.

However, he dropped out of high school in 1982, choosing to move back to New York City to attempt a career in acting.

How did Robert Downey Jr build his net worth?

Downey got his breakthrough after landing a role on Saturday Night Live in the mid-80s. Downey was part of the new generation hired to the show, alongside other comedians. However, the new cast received the worst ratings of any season, causing SNL to fire all the new hires, including Downey.

After leaving SNL, Downey landed his first movie deal playing a high school bully in the 1985 John Hughes film, "Weird Science." Ironically, Robert would take a role as the drug-addicted Julian Wells in the 1986 film "Less Than Zero."

1989 saw Robert land a role in "Chances Are." He starred alongside Mel Gibson in the 1990 smash hit, "Air America." Downey received a best actor nomination for his role in "Chaplin" in 1992.

While Downey only managed a paltry $500,000 fee for the first Iron Man movie, he bumped his salary to $10 million for the second movie in the franchise and earned $70 million for the third movie, thanks to his backend points in the film.

Currently, he owns $50 million in real estate assets, and he lives in his $13-million 7-acre Malibu estate in California. From 1996 to 2001, Downey landed in trouble with the law on several occasions due to his drug use and hard-partying lifestyle.

Robert Downey Jr dealt with addiction in his life, and he says that his mindset helped him overcome his affliction with substance abuse.

How rich is Robert Downey Jr?

With a reported wealth of $300 million, Robert Downey Jr is one of the highest paid actors in Hollywood. While the role of Ironman is over for him, the actor says he is open to more roles in the future.