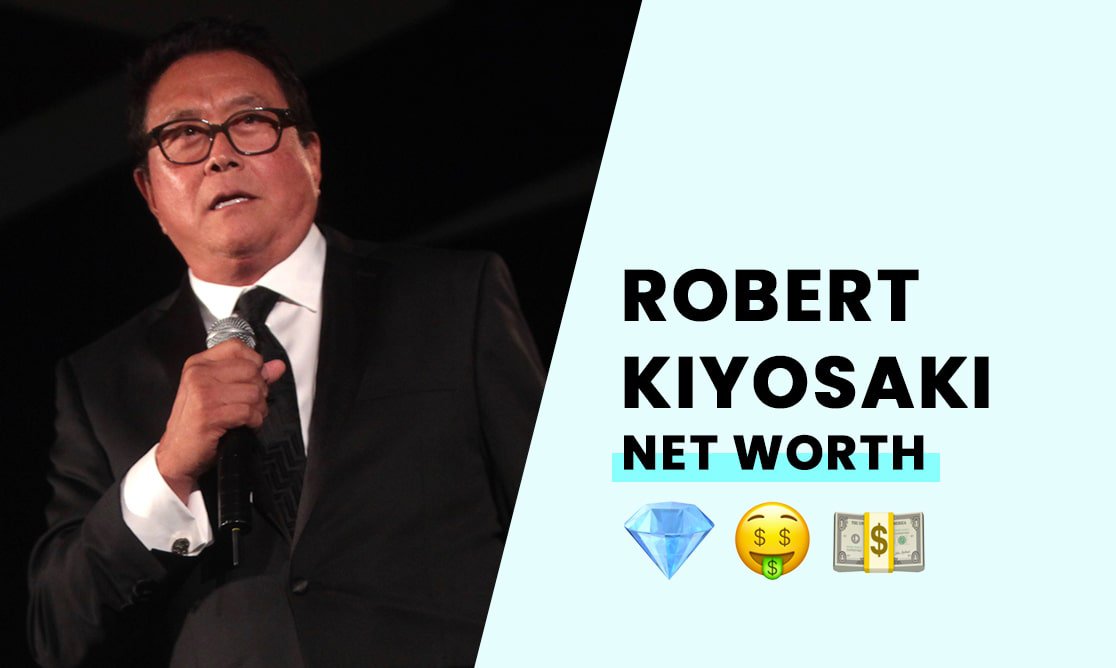 The estimated net worth of Robert Kiyosaki is $100 million.

Robert Kiyosaki is an American author, investor, and speaker. He is best known for his best-seller, "Rich Dad, Poor Dad," released in 1997. Robert spoke at many financial literacy seminars through the 90's and 2000's, garnering cult status as one of the biggest gurus in the self-development industry.

Born 8th of April in 1947, in Hilo, Territory of Hawaii, Robert Kiyosaki is the son of Ralph and Marjorie Kiyosaki. His father was a distinguished Ph.D. and lecturer, and his mother was a housewife. Robert grew up in Hilo, Hawaii, attending school on the island. Robert is a 4th-generation Japanese American called a "Yonsei."

Robert graduated from high school in 1965. He decided to put off going to college in favor of joining the armed forces. He attended the US Naval College, joining the Marine Corps after his brother enlisted in the Air Force to become a pilot in the Vietnam war.

Kiyosaki returned to Hilo after his time in the Marine Corps. He attended college on the island, earning his MBA. Robert started his career working as a salesman for Xerox until 1968.

How did Robert Kiyosaki build his net worth?

Robert started his career in business in 1984. His first company was "The Excellerated Learning Institute." The company focused on teaching its students self-responsibility more than financial literacy. He sold the company in 1994 and started working on his book, "Rich Dad, Poor Dad."

He founded "Cashflow Technologies, Inc." in 1997, forming the framework for his upcoming financial literacy endeavor. The company would be the backbone for the Rich Dad brand and its collaborations with other leading educators in the financial literacy space.

The book's popularity soared after Kiyosaki got a chance to talk to Oprah Winfrey on her book club show. The book launched Kiyosaki's career as a financial educator, and he went on to pen several follow-ups to Rich Dad.

As his influence grew, he added other educators like Blair Singer and Mike Maloney into his Rich Dad brand. He would also start speaking at seminars with other leading gurus through platforms hosted by companies like "Success Resources."

Robert attributes his success to the discipline built in himself during his time in the military. He says his time in the Marine Corps taught him how to test himself to the limits of what he thought possible with his mind and body.

How rich is Robert Kiyosaki?

With a reported fortune of $100 million, Robert Kiyosaki is a well-known self-development guru. He has a huge investment portfolio and a successful business selling financial development books. He speaks around the world in seminars and special financial literacy events.