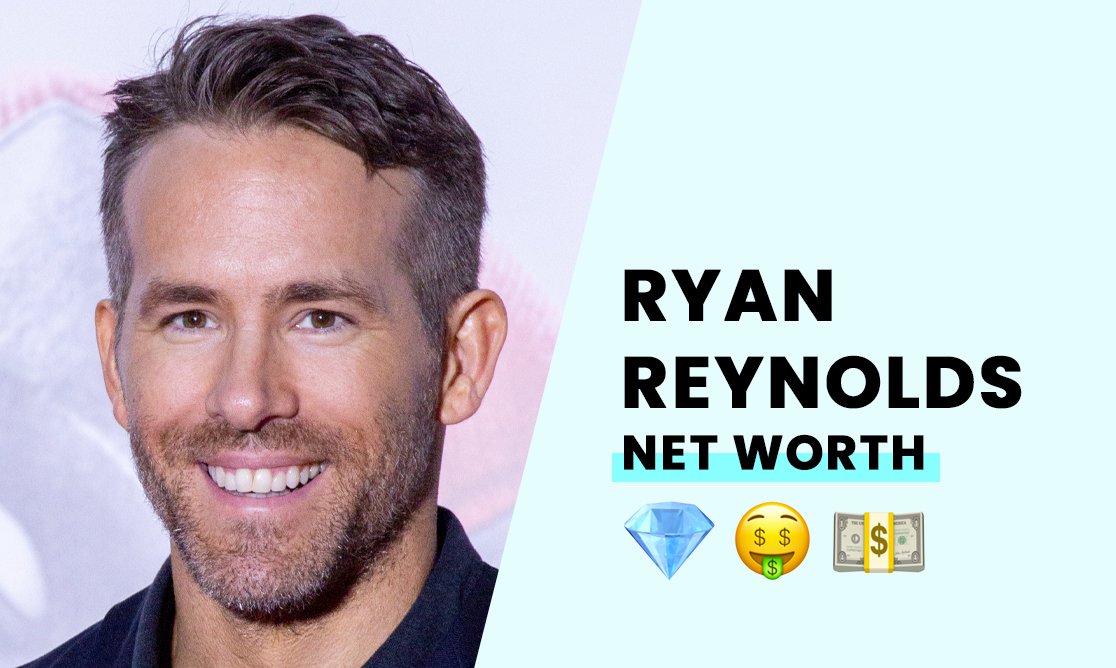 The estimated net worth of Ryan Reynolds is $150 million.

Reynolds is a Canadian-born actor, and he is best known for his breakout role in the 2002 film "Van Wilder" and his role in the Marvel movie franchise, "Deadpool."

Ryan also had a successful career as a teen actor, appearing in soap operas.

Born in Vancouver, British Columbia, on October 23, 1976, Ryan Rodney Reynolds is the son of James Chester Reynolds and Tamara Lee.

His father was a food wholesaler, and his mother a retail salesperson.

Ryan grew up as the youngest of four brothers in a Catholic household in Vancouver's Kitsilano neighborhood.

He briefly attended Kwantlen Polytechnic University before dropping out to chase a career in entertainment.

How did Ryan Reynolds build his net worth?

Reynolds started his career in 1991, landing the part of Billy Simpson in "hillside," a Canadian teen soap opera. At the time, Reynolds was attending high school. However, he got his break into Hollywood with the 2002 smash comedy hit, "National Lampoon's Van Wilder."

Reynolds appeared in several box office hits, and he is the only actor to play roles in both DC and Marvel movies. He starred as "Hal Jordan" in the Green Lantern movie in 2011, but the film was a flop at the box office.

However, Ryan would experience huge success for his 2016 role as "Deadpool." The Marvel franchise produced a second Deadpool movie, with Ryan retaining the role. He won a Saturn Award in 2017 for Best Actor for his part in "Deadpool," and he won the People's Choice Award for Favorite Movie Actor.

Deadpool set several box office records, taking $265 million in revenues from 62 markets around the globe. It was the biggest success for an R-rated movie in Hollywood history and Fox's second-biggest film ever. Ryan followed up with the sequel, Deadpool 2, in June 2017.

His performance in Deadpool also earned him a Golden Globe Award in 2017 for Best Performance by an Actor in a Motion Picture. Ryan also received a star on the Hollywood Walk of Fame in 2016.

Ryan would also enter the business world by acquiring Aviation American Gin, taking a majority stakeholding in the company. He also serves as the brand's creative director and its flagship ambassador.

Diageo LLC agreed to acquire Davos Brands LLC and Aviation Gin LLC in August 2020 for the sum of $610 million. The deal features a cash payment of $335 million, with the remainder of the funds tied to milestones over the next decade.

Ryan believes that he owes his success to his carefree attitude and belief in his talents. The actor says he enjoys working out, and it helps him maintain balance in his life.

How rich is Ryan Reynolds?

With a reported fortune of $150 million, Ryan Reynolds is one of Hollywood's A-list stars and sought-after talent.

Ryan lives with his wife, Blake Lively, and three kids in their home in the Pound Ridge neighborhood of New York.