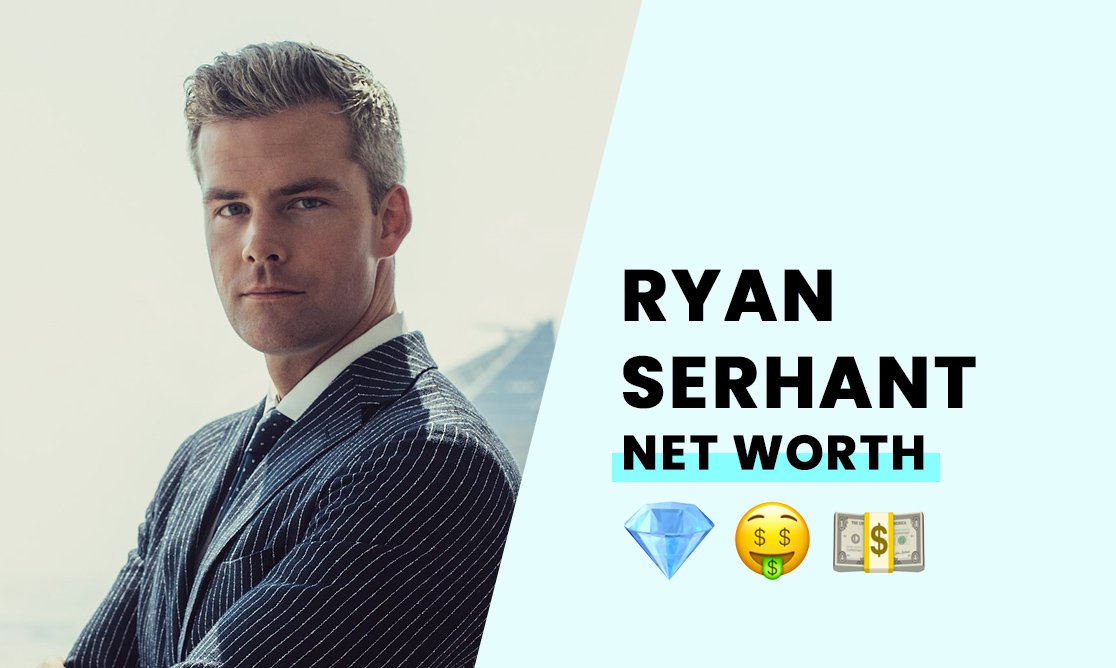 His father was the Vice Chairman of State Street Global Advisors, and he taught Ryan and his brother, Jack, the value of hard work at an early age. Ryan's father would pay the boys $1.50 per hour to collect firewood and then send them out into the street to sell it to their neighbors.

Ryan Serhant received his education at the Pingree School, spending summers in Steamboat Springs, Colorado. While he was in Colorado, Ryan attended the Perry-Mansfield Performing Arts School & Camp. After graduating high school, Ryan enrolled at Hamilton College, joining the Delta Kappa Epsilon fraternity. He graduated from college in 2006 with a Bachelor's degree in English literature and theatre.

How did Ryan Serhant build his net worth?

Ryan decided to move to New York City after graduating college. His goal was to pursue a career in acting, and he paid his way in the city through landing modeling jobs. He also landed a minor role in "As the World Turns" in 2007. However, the show didn't last, and he returned to modeling before deciding to try his hand in real estate.

Serhant started his real estate career in 2008, just before the onset of the great financial crisis and the subprime mortgage debacle that nearly sank the global economy. Ryan earned $9,000 in his first year as an agent for Nest Seekers International.

The following year, he would sell an $8.5-million property in his biggest deal at the time. He went on to become the managing director at the company. Ryan launched the Serhant Team in 2012, a brokerage with over 60 employees and headquarters in NYC, LA, New Jersey, The Hamptons, and Miami.

According to the official website, the Serhant Group broke ground on more than 80 projects and has over $4 billion in real estate revenues since its inception.

In the fall of 2020, Ryan launched the SERHANT real estate firm, with some of the firm's largest sales being a $69 million home on Madison Avenue and a $33 million Miami penthouse. Ryan also appeared on Bravo's "Million Dollar Listing," airing in March 2012, creating the spinoff show, "Sell It Like Serhant," In 2018.

How rich is Ryan Serhant?

Ryan Serhant's net worth is estimated at $30 million.

Is Ryan Serhant a millionaire?

Yes, Ryan Serhant is well and truly a millionaire

Is Ryan Serhant a billionaire?

No, Ryan Serhant has not entered the billionaire club.

Ryan Serhant is not broke and he is certainly not bankrupt.

No, Ryan Serhant was not born rich. His net worth is a result of his own work.