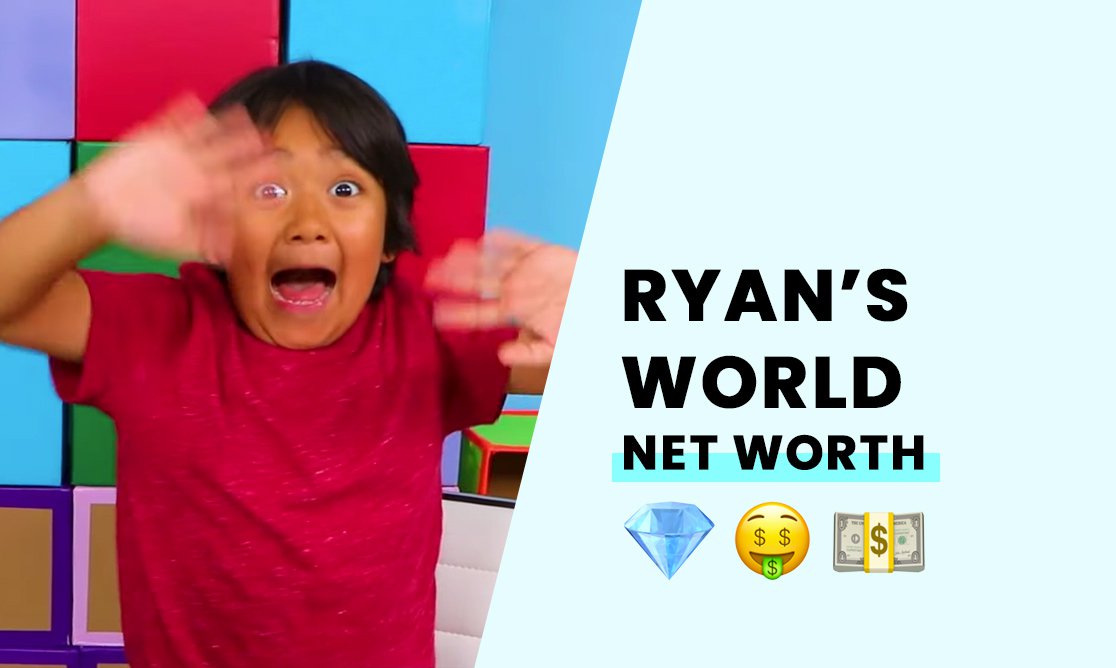 The estimated net worth of Ryan World (real name Ryan Kaji) is somewhere around $32 million.

Ryan Kaji, the talent in front of the camera of this popular channel aimed at the younger crowd. Ryan is from Texas and lives with his parents and two twin sisters. His claim to fame in the YouTube space is his unboxing and toy review videos that are targeted at viewers aged 3-8 years old.

Ryan’s early life was the same as other kids his age when his mother decided to start filming his toy reviews in 2015. His YouTube debut was at the tender age of 3 years old. His mother Loann Kaji, who happens to be a chemistry teacher dedicated most of her time to further the venture.

Ryan, who is 10 years old as of 2021, has shown his love for education and is currently studying in the 6th grade. Despite an impressive amount of wealth, multiple business commitments, and a daily upload schedule, he dedicates ample time to his studies.

How did Ryan's Toys build their net worth?

Considering how much is Ryan's Toys worth, it makes sense to wonder how the family amassed such a fortune. The main source of Ryan’s income came from his YouTube channel Ryan’s Toy Review. As a family, the Guan’s run nine channels on YouTube and are the highest-paid child on the platform. Their channels boast over 20 million viewers over all genres with daily uploads on one or more channels.

The marketing and merchandising for Ryan’s Toy Review are managed by PocketWatch. The family signed a contract with them in 2017 and has been growing exponentially ever since. Ryan also has his own TV show on the Nickelodeon network in addition to making regular appearances in other media outlets. Ryan also has his own line of products found in every Walmart in the country. Specifically, he has a line of oral hygiene products marketed to users 10 and under. Most recently he finalized a deal that will allow him to release his own Roblox game much to the delight of his young followers.

As Ryan has aged, his content has also matured. In addition to the toy reviews that made him a household name, he also uploads educational content. He has a channel dedicated to simple science experiments and other age-appropriate activities. Yet another channel features his twin sisters and their child-like antics. The whole family works towards generating an income from living life to its fullest.

Being that Ryan is still a child, he is more productive on some days than he is on others. His parents insist that he follows a regular routine like most school-aged children. He takes regular Swimming and Gymnastics lessons to help him maintain his focus and stay grounded.

How rich is Ryan's Toys?

So, How rich is Ryan's Toys? As of the end of 2021, he has an amassed net worth of just under 32 million dollars. This is a generous forecast and based on his upcoming planned ventures, that number will more than double in the coming years.