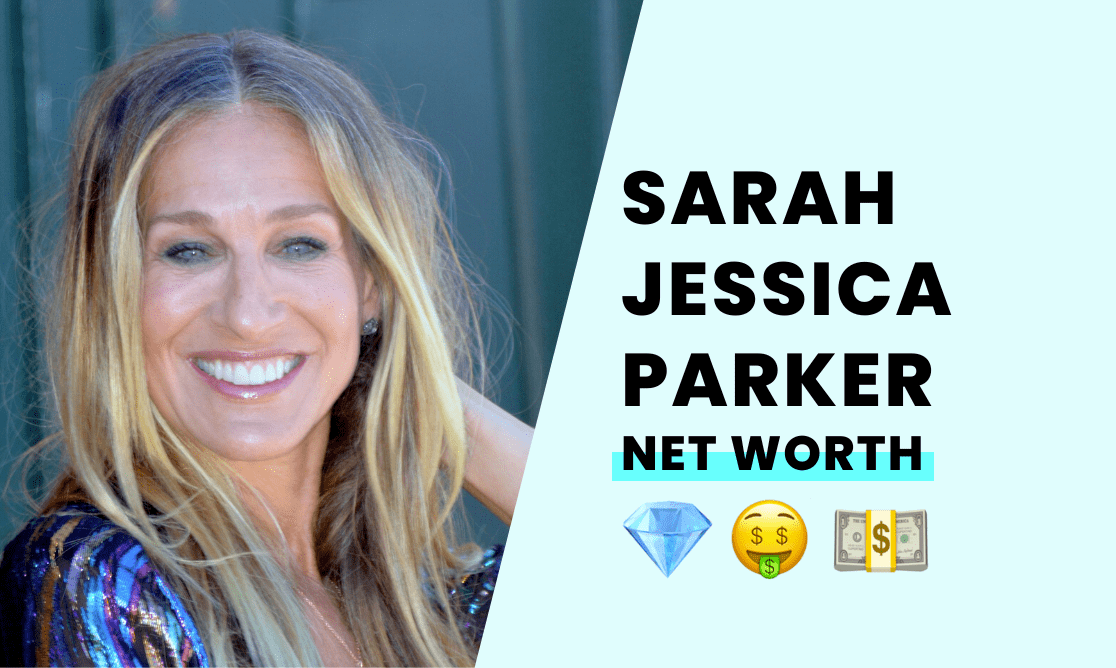 Sarah Jessica Parker's net worth is estimated at $200 million.

How did Sarah Jessica Parker build her net worth?

Sarah Jessica Parker (SJP) made her net worth as a stage and screen actor, film and TV producer, and entrepreneur.

This talented lady began her career at 11 acting in the stage play "The Innocents" before going on to play the lead in the stage version of "Annie" in 1979.

From 1984, she featured and starred featured in 11 movies until 2011. Among these was the cult classic "Hocus Pocus," which put Parker on the Hollywood map.

SJP's acting career took off into the stratosphere when she won the role of Carrie Bradshaw in the wildly successful "Sex and the City" (SATC). This series ran for six seasons, with Parker netting $50 million for the first three seasons, and as producer and actor in seasons 4-6, she grossed a cool $147 million. Playing the Manolo Blahnik-wearing fashionista journalist, Bradshaw earned a nice cache of industry awards with two Emmys, six PrimeTime Emmys, and three Screen Actors' Guild awards.

Fans were devastated when SATC ended its run, and the decision was made to make a full-length movie with the entire cast in 2008. It was met with critical acclaim, and a second movie was released in 2010 with a lukewarm reception. However, Parker earned a whopping $15 million and $20 million for the two films.

Still unable to let Carrie go, Parker executive produced and acted in a spin-off called "And Just Like That," earning her $1 million per episode! There is another season in the pipeline; fans were delighted to hear.

Parker earned $700,000 for Hocus Pocus 2, which premiered in 2022. She had the time of her life with Bette Midler and Kathy Najimi in this fun, fantastical romp, which took only 30 years to reach the silver screen.

Apart from her stellar success on both the small and large screen, Sarah produces a clothing line for Steve and Barry called "Bitten" and is the face of the "SJP Collection" of shoes made by Nordstrom in central New York.

Is it any wonder that Miss Parker has such a high net worth?

I like my money right where I can see it... hanging in my closet. ~Sarah Jessica Parker

How has Sarah Jessica Parker spent her wealth?

One of Sarah Jessica's large property purchases is a New York Brownstone. She and her then-husband Matthew Broderick bought a New York City townhouse in 2000 after purchasing it for $3 million. Selling it for $15 million, a $12 million profit was made, according to the New York Post.

The chic West Village in New York has become the new Billionaire's Row after the mega-wealthy decided they wanted to live in self-contained townhouses during the pandemic. Sarah Jessica Parker and her husband purchased two of these pads for $34.5 million in 2016 and kept the neighbors awake for months with their extensive renovations.

A lavishly renovated, 3-bedroom 1940s cottage in the Hamptons worth $6.5 million is also in her property portfolio.

SJP has maintained Carrie's sense of style in real life, and New Yorkers often see her sporting the high-fashion, slightly eccentric look of Bradshaw, and her closets are bursting with clothes and shoes. Parker got to keep all the clothes she wore during the Sex and the City run.

How rich is Sarah Jessica Parker?

How much did Sarah Jessica Parker per episode of SATC?

Sarah Jessica Parker made just over $1 million per episode of the first three seasons of Sex and the City, netting her $50 million.