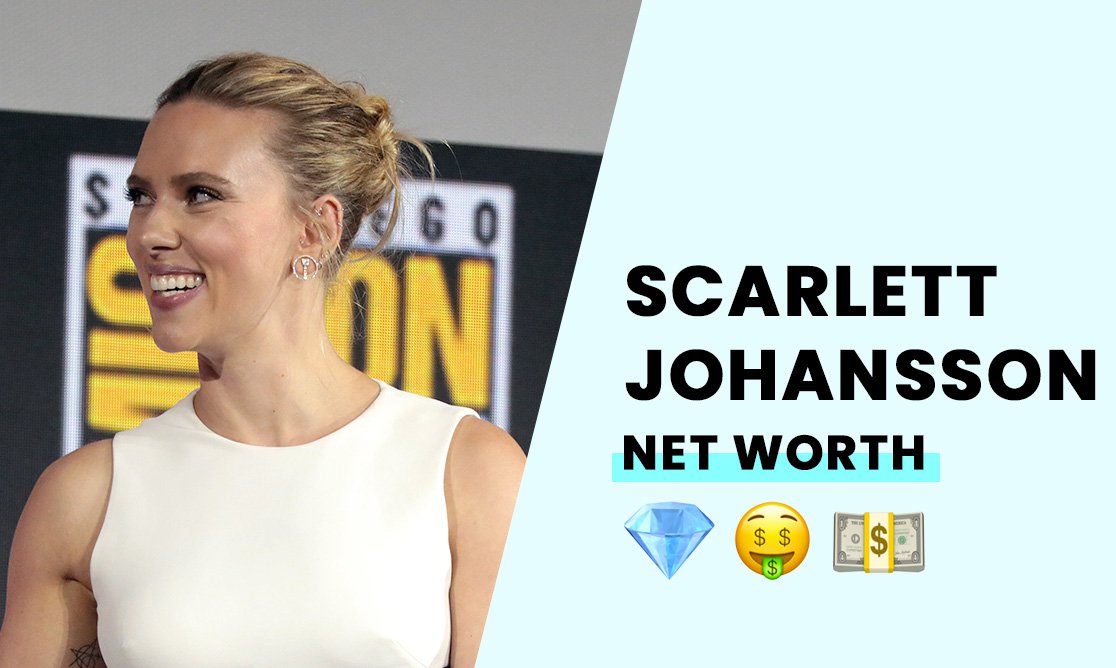 The estimated net worth of Scarlett Johansson is $165 million.

Scarlett Johansson is an actress and one of the highest-paid movie stars in the industry.

Scarlett has some of the highest-grossing releases at the box office, with her films totaling $14.3 billion in ticket sales worldwide. The actress routinely earns $10 million to $20 million per role, and she's also a brand ambassador with plenty of endorsements.

Born on November 22, 1984, in Manhattan, New York, Scarlett Ingrid Johansson has a twin brother, two older siblings, and a half-brother on her father's side. Johansson holds an American and Danish passport with dual citizenship.

Johansson had childhood dreams of becoming a Hollywood star, enrolling at the Lee Strasberg Theatre Institute and the Professional Children's School when she was a child. The actress got her first role in the 1994 film "North," appearing as John Ritter's daughter in the comedy production.

Scarlett admits that she didn't do well in school, earning average grades. After graduating from the Professional Children's School in 2002, Scarlett applied to the New York University's Tisch School of the Arts, focusing on film, but the school rejected her application.

How did Scarlett Johansson build her net worth?

Scarlet Johansson earned the bulk of her net worth through her career as an A-list Hollywood actress. The star got her big break with the release of the black comedy "Ghost World" in 2001.

After Johansson graduated from the Professional Children's School and experienced rejection from New York University's Tisch School of the Arts, Scarlett focused on her acting career, hoping to transition from teen roles to adult roles in movies.

Between the months of August 2017 and August 2018, Johannsson earned $40 million from movie salaries and brand endorsements. Her hard work landed her the title of the highest-paid actress in Hollywood.

The following year, Scarlett went on to earn $55 million. While her initial roles in the Marvel Universe films made her between $400,000 to a few million, she eventually commanded a $15 million salary for her role in the Marvel production, "Black Widow."

She earned an equivalent of $15 million for her role in Avengers: Infinity War and Avengers: Endgame. Scarlett netted between $60-million to $75-million for her work with the Marvel Universe. Today, she earns a minimum of $10-million per film.

Her highest career earnings come from her role in the 2017 Manga movie remake, "Ghost in the Shell," netting $17.5 million for her role as the film's lead.

Scarlett says her success comes from her family's support of her choices while growing up. She also learned to deal with disappointment, persisting with her passion while the industry seemed to give her the cold shoulder.

How rich is Scarlett Johansson?

With a fortune of $165 million, Scarlett Johansson is one of Hollywood's most successful female stars, and her reputation continues to climb, along with her net worth.