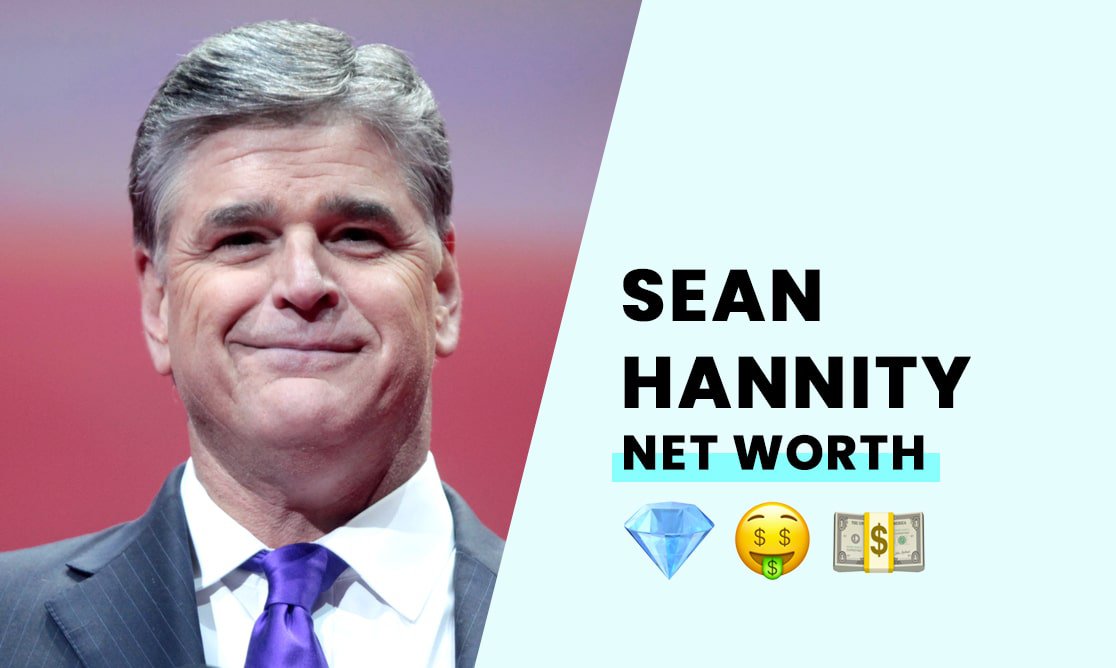 The estimated net worth of Sean Hannity is $300 million.

Hannity is a veteran TV host, conservative political commentator, and published author. He is the host of "The Sean Hannity Show," as he has a program, "Hannity" on the Fox News Network. Sean earns a salary of $45 million from his media roles.

Born in New York City on December 30, 1961, Sean Patrick Hannity grew up in the neighborhood of Franklin Square, New York. His father, Hugh, was a family court officer, and his mother was a corrections officer at a county jail and stenographer.

Sean has four older siblings, and he is of Irish descent. His grandparents immigrated from Ireland to the US before he was born.

Sean Hannity attended St. Pius X Preparatory Seminary in Uniondale, New York. After graduating, Sean enrolled at New York University, UC Santa Barbara, and Adelphi University. However, he did not finish his studies, dropping out of college to chase a career in media.

How did Sean Hannity build his net worth?

Sean Hannity earns around $40 million in salary from his talk show and his podcast + radio show. He also makes $25 million per year from his Fox contract.

He regularly earns between $43 million to $45 million per year from his media empire. Hannity got his initial exposure to a large audience by hosting a TV program in 1996. Roger Ailes, the co-founder of Fox News, hired Hannity to host a TV program.

Sean went on to host "Hannity & Holmes" with the show running until January 2009. Hannity joined WABC radio full-time in January 1997. He received the late-night time slot before moving to a prime-time afternoon programming slot in January 1998. He would continue the show in this slot until the end of 2013.

Sean says he gets his drive and tenacity from doing his show. He gets a thrill out of speaking on controversial topics and challenging his guests. He says he strives to create an environment on his show that leads to open and productive discussions.

Sean takes time to plan his show and his day well in advance. He believes in working with good people to achieve outstanding results. According to Sean, his team on the show is responsible for his success, and he continues to speak about controversial topics without fear of being canceled.

How rich is Sean Hannity?

Sean Hannity is a conservative political commentator and the host of "The Sean Hannity Show." Hannity has built up a net worth of $300 million. He's one of the richest people in news and entertainment with successful radio and talk shows. Sean married Jill Rhodes in 1993, but the couple split in 2019 after 26 years of marriage.