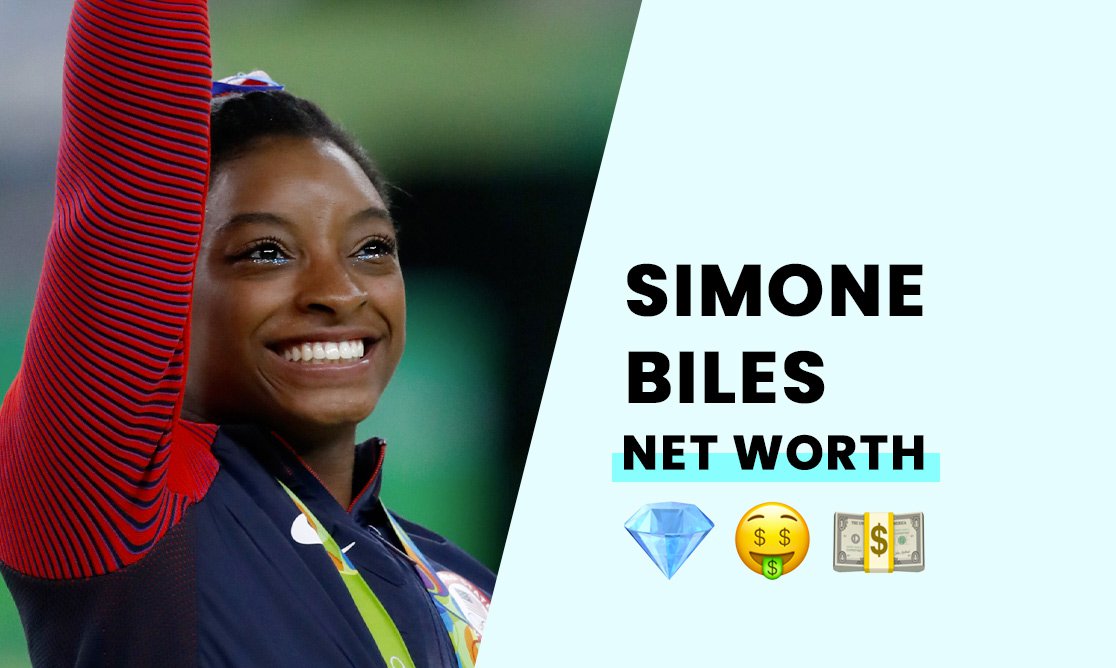 The estimated net worth of Simone Biles is $10 million.

Simone is one of the most successful Olympian gymnasts to grace the mats, and she has several income streams. Simone's wealth continues to grow rapidly, thanks to several sponsorships from big-name brands.

Simone Biles was born in Columbus, Ohio, on 14 March 1997. As a young child, she endured a traumatic youth, with her parents addicted to drugs and alcohol. Her father abandoned the family when she was young, and her mother could not shoulder the responsibility of raising Simone and her three siblings.

As a result, her grandfather, Ron Biles, adopted the three-year-old Simone and her sister, Adria. The pair grew up with Ron and his wife, Nellie, while Ron's sister adopted Simone's older sister and brother.

Simone switched to a homeschooling program as a freshman in high school, focusing on her gymnastics career. As a young girl, her coaches noticed her talent, and she started her progression towards the US Olympic team.

Simone would train for up to eight hours each day as a teenager, but she managed to maintain her studies. The Academy of Achievement's 2017 class nominated Biles, and she enrolled in the University of the People in 2018, majoring in business administration.

How did Simone Biles build her net worth?

Simone Biles is the most successful gymnast of all time. She earned the bulk of her wealth through competing in gymnastics at the Olympic level, and she has several endorsements and sponsorships for leading athletic brands.

Simone also landed a sponsorship deal with Nike, but she decided to cut ties with them, signing with the "Athleta" brand because she felt the company was closer to her core values as an athlete and a person.

Simone Biles states that she gets her success from her continued commitment to her gymnastics training. She says that her grueling training schedule combined with her homeschooling left little time for anything else in her life, and she believes strongly in the power of routine.

As a result, Simone relied on her family for support during her teenage years, and she still has a close relationship with her grandparents. Simone currently resides in Spring, Texas, and she continues her gymnastics training in preparation for the coming Olympic games.

How rich is Simone Biles?

With an estimated net worth of $10-million, Simone Biles is one of the richest Olympians on the United States team and around the world. In the 2021 Tokyo Olympics, the athlete's performance saw her fall prey to mental health issues. However, despite her problems at the games, she managed to go on to achieve two silver medals and a bronze.