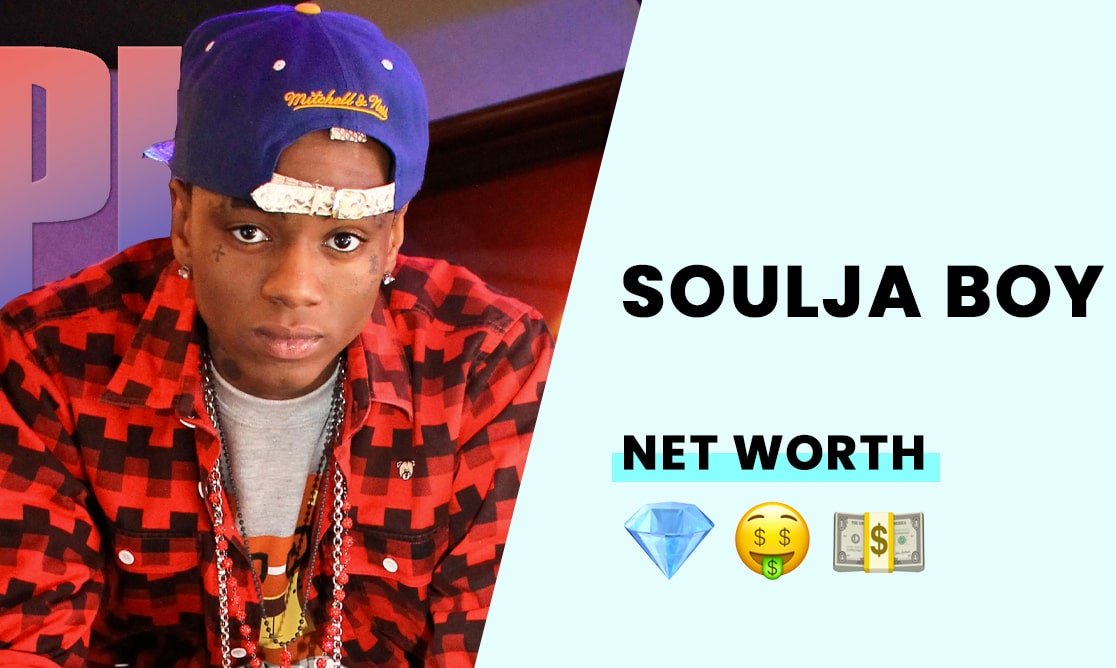 The estimated net worth of Soulja Boy is $30 Million.

DeAndre Cortez Way, better known as Soulja Boy, was born on July 28, 1990 in Chicago, Illinois and grew up in Atlanta, Georgia.

The rapper Soulja Boy now lives in Beverly Hills, California with no wife and children to report.

In 2008, Soulja boy was robbed and beaten in his home.

He came from an album release party when the robbers suddenly entered his home and pointed guns at them.

How did Soulja Boy build his net worth?

Soulja Boy earned his fortune through albums sales and touring.

While Soulja has a few income streams, his music is the largest.

He also has several lucrative endorsement deals, with World Poker Fund Holdings signing him to a five-year deal in 2016.

Some media outlets say he earned as much as $4 million for the agreement, while others say it was as low as $1 million.

World Poker Fund Holdings chose to invest in Soulja Boy due to his influence in the rap game and social media.

In October, Soulja Boy decided to take to social media to flaunt his wealth.

He appeared in a brief video clutching stacks of cash, telling everyone that they were broke and he was making bank.

During the live video, he claimed he was raking in $100,00 per day, which would equate to around $3 million per month, but that’s highly doubtful unless he has business ventures we don’t know about.

In comparison, he earned $6 million in 2010 after debuting on the Forbes‘ Hip Hop Cash Kings list.

His soap company is doing well, and it experienced a 3,000% increase in sales during the pandemic.

He’s also venturing out into the lucrative cannabis industry with his brand, “Soulja Exotics.”

And he's also reportedly bought a Subway branch in 2018. Eating fresh and making a potential of $425,000 revenue on average per year.

How have Soulja Boy spent his wealth?

He is said to own a house in Agoura Hills, Santa Monica.

And he has an impressive line up of luxury cars including a Maserati Quattroporte, Lamborghini, Bentley, and 2016 Ferrari 488 GTB,

"I’m the kind of person who would rather rock in my rocking chair when I’m old and regret a few things that I did than to sit there and regret that I never tried."

How rich is Soulja Boy?

Is Soulja Boy a millionaire?

Yes, he is a millionaire to the tune of $30 million.

Is Soulja Boy a billionaire?

Soulja Boy is not yet a member of the billionaire club.

Soulja Boy was not born into money. He worked hard for what he has got.