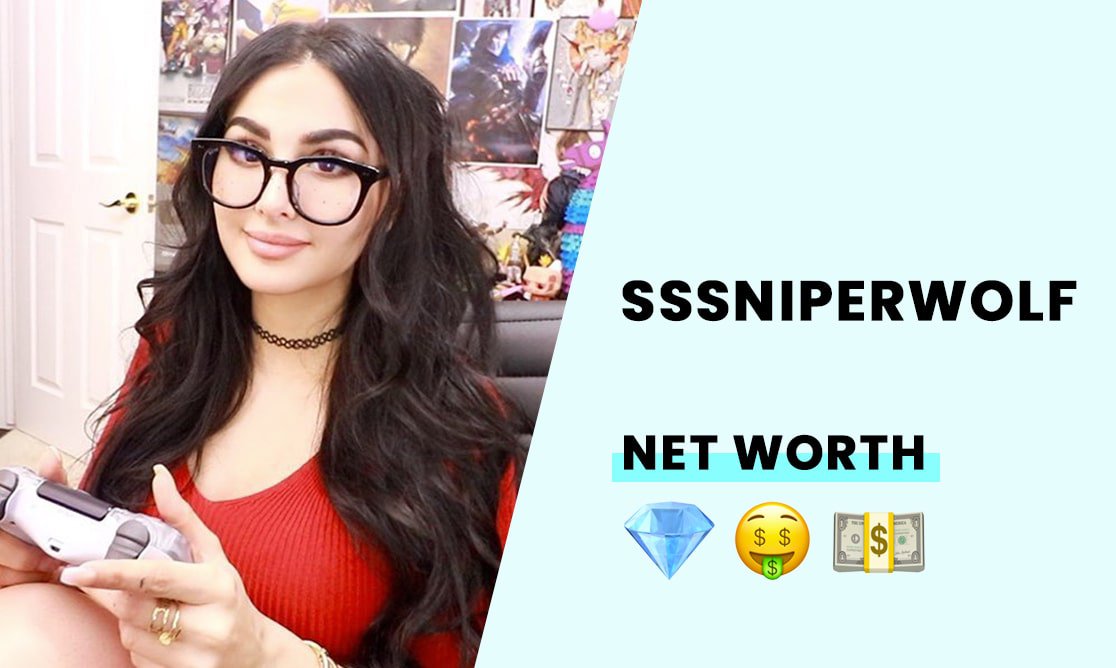 The estimated net worth of SSSniperwolf is $6 million.

Lia Wolf aka, "SSSniperwolf," is a British YouTuber and gaming personality.

Her good looks and love for gaming shot her into the hearts of impressionable young gamers around the world, shooting her to superstardom. SSSniperwolf is one of the highest-paid YouTubers in the world, with more than 7 billion total views.

Born on 22 October 1992, Lia Wolf is a British citizen, and she proudly talks about her heritage in many of her videos. However, no one knows where she was born. There is no information on her origin story, early years, or parents' names.

Lia Wolf remains an enigma to many people, but it doesn't seem to stop the spread of her popularity online. We do know that Lia has three siblings, a younger brother and two younger sisters. Her sisters feature on several of her YouTube uploads.

Lia Wolf attended high school in England, and she graduated, attending her local community college. However, she didn't enjoy her first semester at school.

She says she constantly had guys hitting on her and making her feel uncomfortable, and she struggled to make friends. She also says that the teachers seemed to single her out in class and make life hard for her. She transferred to a different college but experienced the same challenges.

Lia switched her major from pharmacology to nursing to see if it would make a difference, but she ended up dropping out shortly after.

How did SSSniperwolf build her net worth?

Lia developed an interest in gaming at an early age. She remembers playing video games when she was as young as 6-years old. Her father took notice of her interest in gaming, buying her the latest releases to watch her master each one he brought home in days.

Lia acquired her call sign. "SSSniperwolf" from her avatar in the game, "Metal Gear Solid." She built her reputation playing titles like Overwatch, Call of Duty: Black Ops3, Halo 5: Generation, and more.

WatchMojo ranked Lia as #3 on its lists of talents to watch, and she earned the #22 spot on a ranking of top online celebrities in England. SSSniperwolf started her YouTube channel in 2013, and she quickly adopted a huge following. She reportedly earns over $240,000 per month from her streams and sponsorship deals.

Lia says she attributes her success online to her passion for gaming. She says while she struggles to meet people in a real-world environment, she's totally fine with having millions of fans communicating with her when she streams. It might seem like a strange dynamic to people, but she's fine with it.

She says she owes her family a lot for supporting her in her choice to go full-time with streaming instead of finishing university, where she was miserable.

How rich is SSSniperwolf?

With a reported net worth of $6 million, Lia Wolf, aka "SSSniperwolf," is one of the most popular gamers streaming on YouTube.