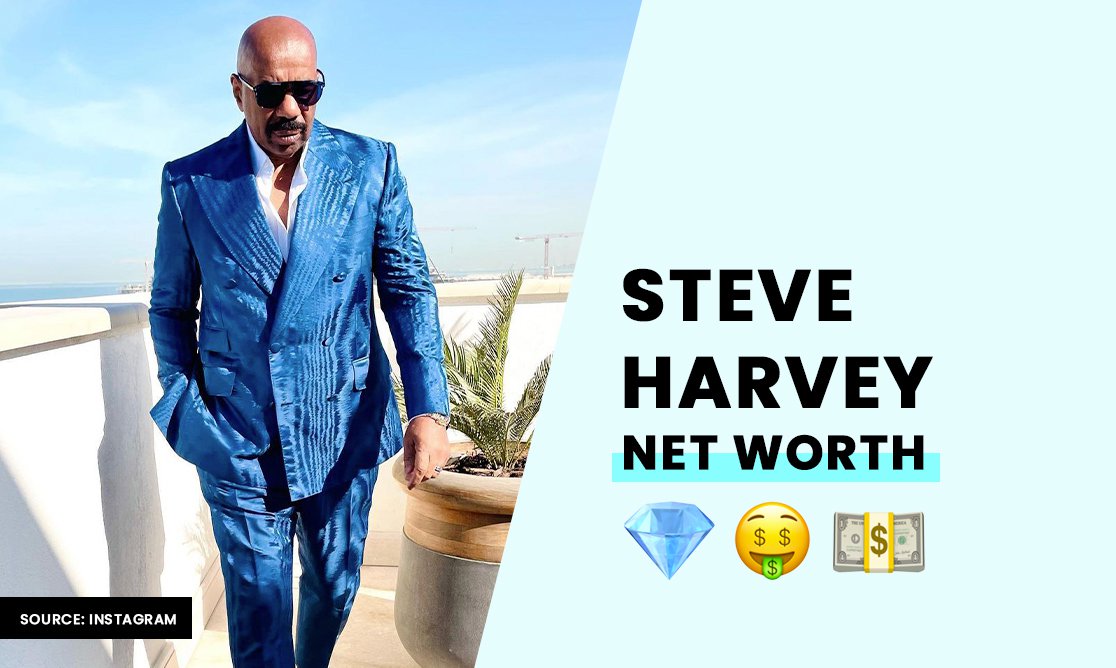 The estimated net worth of Steve Harvey is $200 million.

The actor and producer also earned a $5-million salary from his role as the presenter of the hit TV shows "Family Feud," "Celebrity Family Feud," and "The Steve Harvey Morning Show."

Born on January 17, 1957, in Welch, West Virginia, Broderick Stephen Harvey moved with his family to Cleveland, Ohio, from Virginia when he was a youngster.

Before his breakout into the entertainment and comedy scene, Steve held jobs as an autoworker, insurance salesman, carpet cleaner, and mailman, and he even had an amateur boxing career.

Steve took his first step towards success as a standup with his debut performance at Hilarities Comedy Club in Cleveland, Ohio, on October 8, 1985.

Steve endured hardship trying to get his career off the ground. He recalls how he spent months sleeping in his car during the 1980s.

Steve Harvey attended Glenville High School, graduating in 1974. He went on to attend Kent State University, dropping out after his sophomore year.

However, Steve would receive an honorary doctorate from Alabama State University in 2016.

How did Steve Harvey build his net worth?

Steve Harvey had a successful career as a standup comic, leading to his career as a TV presenter on shows like "Family feud." According to reports, he receives $10 million of his annual $45 million salary from his role on Family Feud.

Steve also nets a further $20 million from hosting his radio shows. Harvey founded Steven Harvey Global (SHG) in 2017, united all his business ventures under one banner. SHG is the holding company for East One Twelve productions and Harvey Events, captained by his daughter, Morgan.

SHG also holds the international rights to "Family Feud," with the company planning an African show spin-off in 2020.

In 2014, Steve launched the dating website "Delightful," partnering with IAC in a joint venture. Steve also co-created the show "Little Big Shots" with actress Ellen DeGeneres, hosting the show from 2016 to late 2019.

Steve has three marriages, marrying his current wife, Marjorie Bridges, in 2007. Harvey has seven children, and he founded "The Steve and Marjorie Harvey Foundation" alongside his wife.

Steve Harvey says he's all about setting goals. He believes he needs a target to chase and motivate him to succeed.

Steve likes setting big, outlandish goals, even if he never achieves them. He says that he loves setting goals, but the goals don't always love him back.

How rich is Steve Harvey?

With an estimated fortune of $200 million and a salary of $45 million, Steve Harvey is one of the richest entertainers in America.

He continues to host "Family Feud" and "Celebrity Family Feud," alongside his commitments to radio shows.