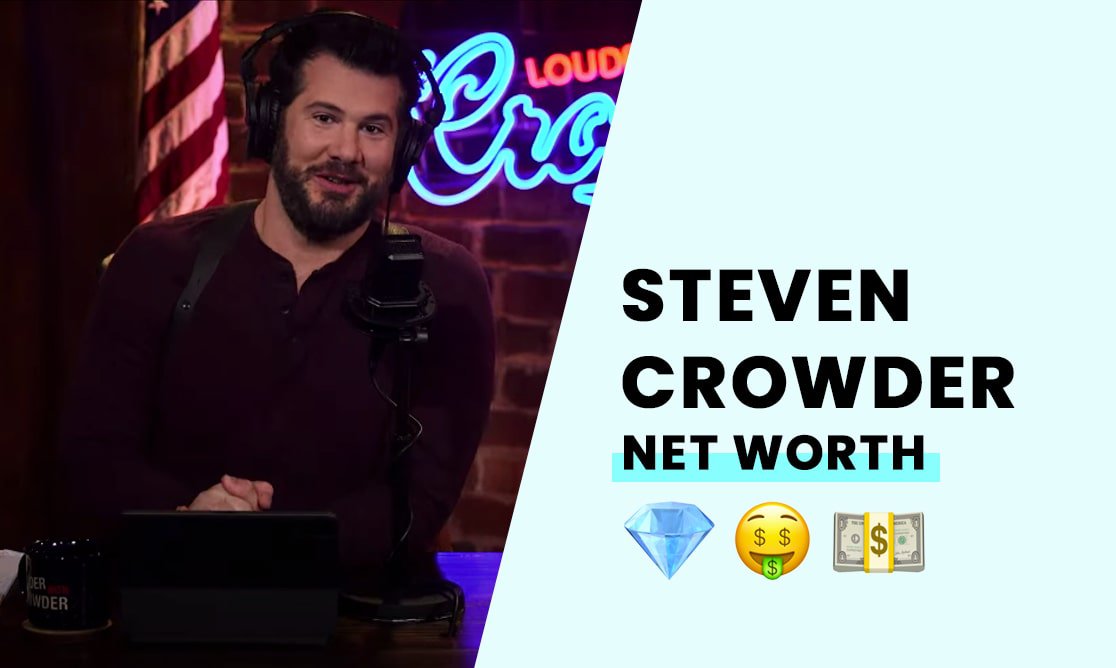 The estimated net worth of Steven Crowder is $3 million.

Steven is a Canadian-American that is well known for his political commentary, acting, and comedic skills. The 34-year-old is also a frequent media host that serves in his role as a conservative republican. He has one of the better paid salaries in his field outside of mainstream media and larger conservative channels such as The Daily Wire, Newsmax or The Blaze.

The Early Life of Steven Crowder

Steven was born in Michigan in 1987. His mother was Canadian and when he was three years old, the family moved back to her home country. He spent his childhood years in Greenfield Park, Quebec, and moved back to the United States after he graduated from high school at the age of 18.

Steven attended Centennial Regional High School in Canada and then moved back to the US after he graduated. He went on to enroll in Champlain College located in Vermont where he majored in creative arts. Though he is very successful in life, he was always just an average student who didn’t put forth much effort in high school or college.

How did Steven Crowder build his net worth?

Steven has been able to build a personal net worth of around $3 million dollars in just a few years. Let’s take a closer look at how he earned his money.

Steven first worked as a voice actor for the popular program Arthur. His next job was doing small bit shows as a standup comic. As he aged, he started taking on small roles in films but around 2009, he decided to immerse himself in the world of political commentary.

For someone who did not have an interest in politics for most of his life, the shift to political commentator was unexpected. Regardless of being new in the field, he started gaining a regular following and was even featured on many conservative shows on a regular basis. He worked directly for Fox News from 2009 to 2012 as a political commentator which really launched his face and content into national rotation.

In early 2013 he was released from his contract with Fox due to a clash with fellow host Sean Hannity and the network as a whole. Despite being let go, he did not give up his role as a political commentator. He took his content to YouTube and focused more on targeting conservatives in a broader fashion.

Louder with Crowder hit the dailies on CRTV in 2017, and it was later merged with the Blaze. This boosted his audience views even further and later his segment "change my mind" was turned into a still popular meme to this day.

Although his show has always been controversial and many of his videos on YouTube are often demonetized, he has been able to generate a modest amount of revenue from in-show advertisements for the Show’s Mug Club.

Steve is no stranger to conflict or to having opinions that can be triggering to political opponents. One of his personal strengths is that he doesn’t let fear or even lawsuits keep him from pressing forward. He spends a lot of time defending his free speech and also advocating for the rights of others.

How rich is Steven Crowder?

He has accumulated a moderate amount of wealth so far - just over $3 million dollars to his name.