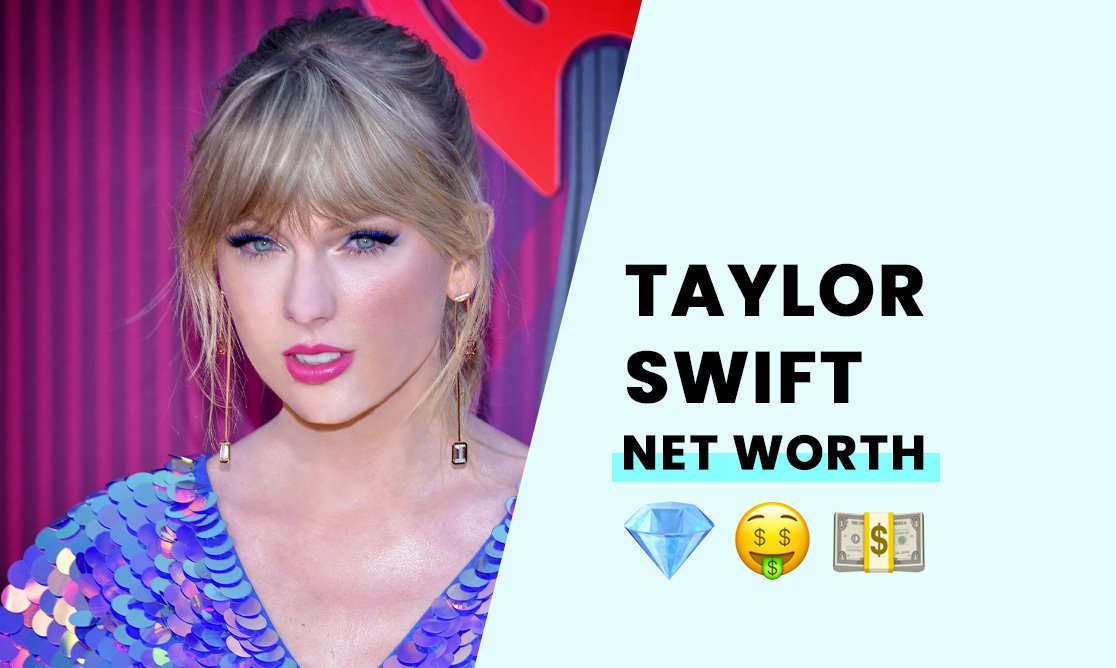 The estimated net worth of Taylor Swift is $320 million.

Taylor Swift is an accomplished singer, songwriter, and producer, and she also has many acting roles under her belt. She’s one of the most prominent names in the pop music industry, with many hit singles and platinum solo albums.

Taylor Alison Swift was born on December 13, 1989, at Reading Hospital in West Reading, Pennsylvania. Her parents named her after the singer-songwriter James Taylor. Local musician Ronnie Cremer taught Taylor to play the guitar when she was just 12 years old.

The Swift family relocated from Pennsylvania to Nashville, Tennessee, when Taylor was 14 to help Taylor start a career in music. Her father transferred from the Merrill Lynch Pennsylvania office to Nashville, with the family taking up residence in a lakefront house in Hendersonville.

Taylor worked with songwriters Brett Beavers, Troy Verges, Brett James, the Warren Brothers, and Mac McAnally during her time in Nashville. She also created a lasting working relationship with Liz Rose, where the pair would team up for writing sessions every Tuesday after Taylor returned from school.

Taylor Swift attended kindergarten at Alvernia Montessori School before transferring to The Wyndcroft School. When she was nine, Taylor developed her interest in the arts, performing at the Berks Youth Theatre Academy in four productions.

The family would move from Nashville back to Wyomissing, Pennsylvania, where Taylor attended Wyomissing Junior/Senior High School. Taylor also attended Hendersonville High School, transferring to Arron Academy two years later for homeschooling so she could start her music career. She ended up graduating early.

Find out what it's like to live a day in the life of Taylor Swift.

How did Taylor Swift build her net worth?

Taylor Swift built her fortune off the back of her talent and hard work.

Her "Reputation" stadium tour broke the record for the highest-grossing tour in history, earning over $266 million. Her “1989” tour also grossed a staggering $250 million in 2015.

Swift also makes money through sponsorship deals and endorsements with top brands like Keds, CoverGirl, and Apple. She also has had a longstanding contract with Diet Coke as a brand ambassador since 2013. According to Forbes, the singer sells an estimated $17 of merch per attendee at her concerts.

Billboard estimated that Swift sells $17 of merchandise per ticket at her shows.

How has Taylor Swift spent her net worth?

Taylor has a real estate portfolio valued at an estimated $84 million, with eight properties in four states. The singer also likes to donate to worthy charitable causes close to her heart.

How rich is Taylor Swift?

With a fortune of $320 million, Taylor Swift is one of the best-selling female pop music stars of all time. According to Forbes, the singer earns around $1 million per day. She’s still young and has plenty of time left in her career to get her to billionaire status by the time she turns 30.

Yes, Taylor Swift was born into a wealthy family and spent her formative years on an 11-acre Christmas tree farm in Pennsylvania. Her father, Scott, made his money as a stockbroker. He founded the Swift Group, which is part of Merrill Lynch Wealth Management.

Is Taylor Swift richer than Beyoncé?

Both singers are incredibly wealthy, but Beyoncé is richer than Taylor Swift.