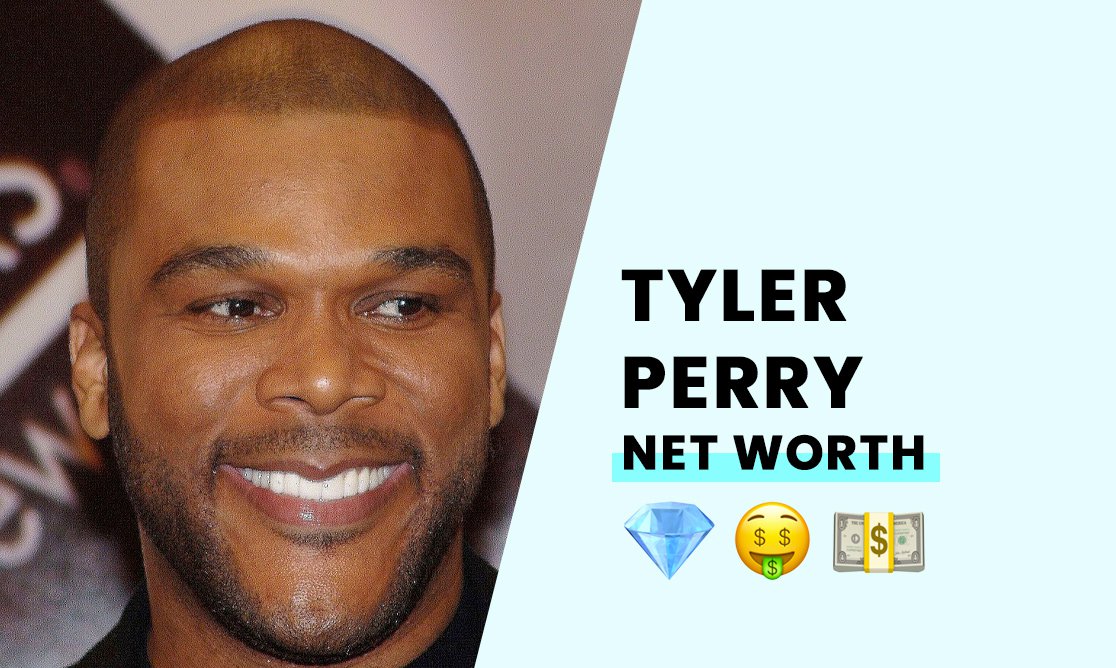 The estimated net worth of Tyler Perry is $800 million.

Tyler Perry is an American director, producer, actor, and one of the most successful directors in Hollywood.

Born on September 13, 1969, in New Orleans, Louisiana, Emmitt Perry, Jr. grew up in a violent household, suffering abuse at the hands of his father. The director would go on to change his name from his father's to his mother's to distance himself from his dad. Tyler started writing as a way to control his emotions and make his way through the chaos that was his life.

In his early 20s, Tyler appeared on the Oprah Winfrey show, talking to her about his youth and how writing provided him with therapeutic support while growing up.

Tyler attended Cohen College Prep High School, dropping out to chase a career in Hollywood. However, he ended up completing his GED remotely.

How did Tyler Perry build his net worth?

Tyler Perry has a media empire netting him around $200 million to $250 million every year. His production company has a deal with ViacomCBS, earning him $150 million per year.

Perry got his big break after approaching Lionsgate studios with an idea for a film. The producer fronted $2.75 million of his wealth to fund a movie requiring a $5.5 million budget, with Lionsgate contributing the rest. Lionsgate also received a 12% marketing fee from the film's proceeds, "Diary of a Mad Black Woman."

The film was successful, grossing $50.6 million in domestic box office sales. The film went on to gross a further $150 million from home video and TV network sales. His deal with Lionsgate saw Perry retain the intellectual property rights on the films he makes, and he gets half the profits from every film he produces.

Tyler went on to produce 14 "Madea" films, grossing a total of over $700 million at the box office. TBS ended up securing Perry's talents with a $200 million production guarantee and a 90-episode commitment. Tyler spent $60 million on the production costs for the series, netting him a staggering $140 million after release.

Tyler grew up in an abusive household, and he says that writing helped him soothe the emotional trauma he endured at the hands of his father. He says his attitude of securing his IP for his films was the biggest accomplishment and the key to his success.

Perry says he developed a strong mind as a youth, and while he had no mentor growing up, he relied on the success stories of others to provide him with the motivation he needed to succeed in his career.

How rich is Tyler Perry?

With an estimated fortune of $800 million, we expect Tyler will continue his march towards billionaire status, and we think he will achieve it at some point in his career.