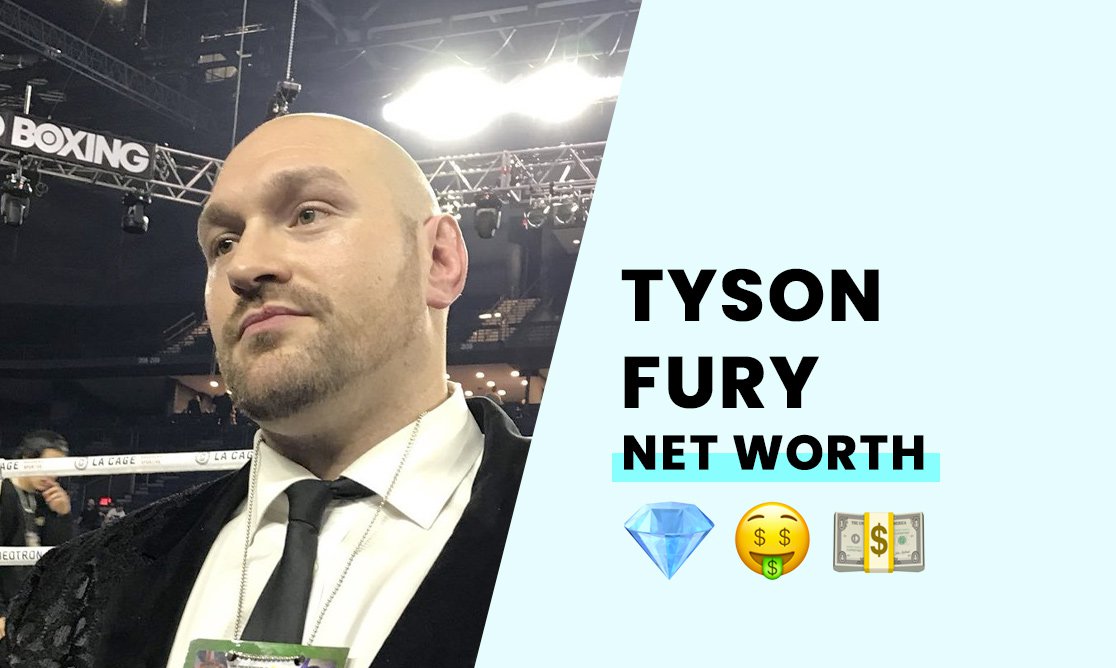 The estimated net worth of Tyson Fury is between $104 million and $156 million.

"The Gypsy King" is a two-time WBC and Ring Magazine world heavyweight champion and the last Lineal Champion. Tyson Fury's official record is 31-0-1, with many boxing pundits saying the 1 in that record should be a zero.

Born on the 12th of August, 1988, in Manchester, England, Tyson Luke Fury is the son of John and Amber Fury. His parents have Irish ancestry, and Tyson grew up in a traveling family. His father named him Tyson after "Iron Mike" Tyson, one of heavyweight boxing’s greats.

Tyson grew up in a home in Styal, and his parents say he was born three months premature, weighing just 1 lb.

Fury says he never enjoyed school. He was always getting in fights with other kids, and he eventually left at 11 years old. He decided to start working young, joining his brothers alongside their father, tarmacking roads around the country.

His mother, Amber, went through 14 pregnancies, but only four survived. Fury started boxing at the age of ten and grew to a huge height and weight, despite his challenges at starting life. He now tips the scales at 277 lbs, towering over his opponents at 6'9".

How did Tyson Fury build his net worth?

Tyson Fury built his net worth through his passion for boxing. He defeated Klitschko for the Ring heavyweight world title in 2015. Fury also holds the unified WBA, IBF, IBO, WBO, and lineal titles.

Fury ended up being stripped of the IBF title that year for refusing to grant a fight with the challenger, Vyacheslav Glazkov, favoring a rematch with the Ukrainian Wladimir Klitschko. Tyson vacated the WBA, WBO, IBO, and lineal titles in 2016 after rematching Klitschko.

BoxRec ranked him as the 6th best pound-for-pound boxer in 2016, and he represented both Ireland and England in amateur competition, winning the ABA super-heavyweight title in 2008 to turn pro that year. Since that success, he held the British and English heavyweight titles twice and the Irish, European, and Commonwealth heavyweight titles.

Tyson fought Deontay Wilder three times between 2017 and 2021. While the first fight was a draw, many critics think he won the fight. However, in the following two fights, Tyson decisively knocked out the Olympic champion, ending the Bronze Bombers' reign as the WBC champ.

Tyson was on track to fight Anthony Joshua in another most-anticipated super fight. However, Joshua's loss to Oleksandr Usyk took the fight off the table for a possible fourth bout with the Bronze Bomber, Deontay Wilder.

Tyson says he got the strength he needed to return to the ring from his Lord and Savior, Jesus Christ. Tyson beat addiction by finding Christianity, and he credits the Lord for every victory in his career.

He’s clearly very dedicated to a strict regime of training in the run-up to a fight. He has cultivated immense levels of resilience in his own personal life and the ring, able to get back up after being knocked down by some of the heaviest hitters in boxing. Combined with his canny wit and mental acuity, the 6'9" boxer has proven unstoppable.

How rich is Tyson Fury?

Tyson Fury has a wealth of approximately $130 million. He is the current Ring Magazine and WBC heavyweight world champion and an undefeated legend in the ring.