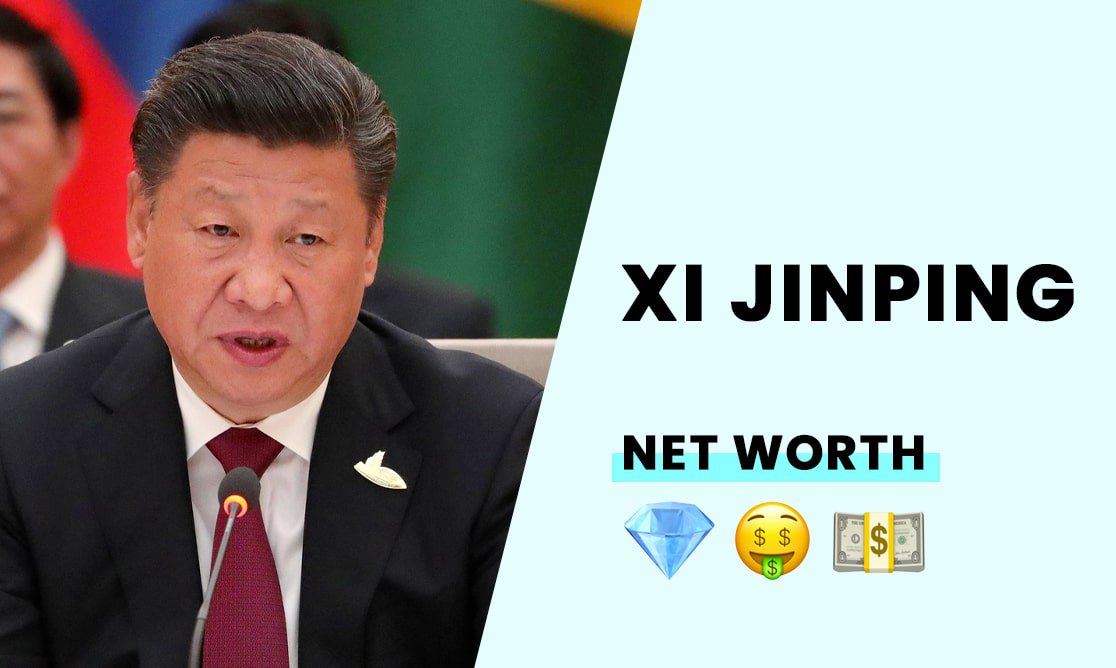 The estimated net worth of Xi Jinping is $1.2 billion dollars.

He is the highest-ranking official in China. Specifically, Xi Jinping currently serves as the Chairman of the Central Military, General Secretary of the Chinese Communist Party, and the President of China. He has an impressive history as a Chinese politician and has put forth a hard-line stance in recent years.

The Early Life of Xi Jinping

Xi Jinping was born in 1953 in Beijing. He is the second son of Qi Xin and Xi Zhongxun. Being the son of a Chinese Communist Party leader, he grew up learning the ins and outs of the Chinese governmental rules. During his teenage years, he was exiled to Yanchuan County, but remained a studious citizen and worked up through the ranks of the CCP.

Xi Jinping was considered a princeling due to his father’s role in government. In 1966 when Xi Jinping was in high school, the Cultural Revolution caused a halt to all formal forms of education. He went to work in a farming village for many years. In 1974 when he was finally accepted into the Communist Party, he was able to attend Tsinghua University. There he studied chemical engineering and earned his degree in 1979.

How did Xi Jinping build his net worth?

As the leader of the most populated country in the world, China, Xi Jinping has the opportunity to be incredibly wealthy by any method deemed legal by the CCP. The country has a single political party, the communist party. He is the leader and holds that power in an iron grip. He became president of China in 2012 and not long after abolished the term limits that existed for top leadership.

While the basic salary for a person who holds the title of President of China is well known, Xi Jinping's net worth surpasses that base salary by quite a bit. The annual salary is officially listed at $22,000 a year. There is no firm tabulation of exactly how much he is worth or how he came to amass his wealth. That being said, the majority of his needs are met by the state as the president of the country. Xi Jinping has no housing, transportation, or other expenses which have enabled him to save all of his earnings with ease.

His family owns a generous number of shares in a Chinese company that is public. The valuation of that company is in the lower billions meaning that Xi Jinping could very well have at least $1 billion dollars in personal funds.

How much is Xi Jinping worth?

It is believed that Xi Jinping has a net worth of over $1 billion dollars.

Since most of his finances are not public, there is no way to confirm the exact figure.