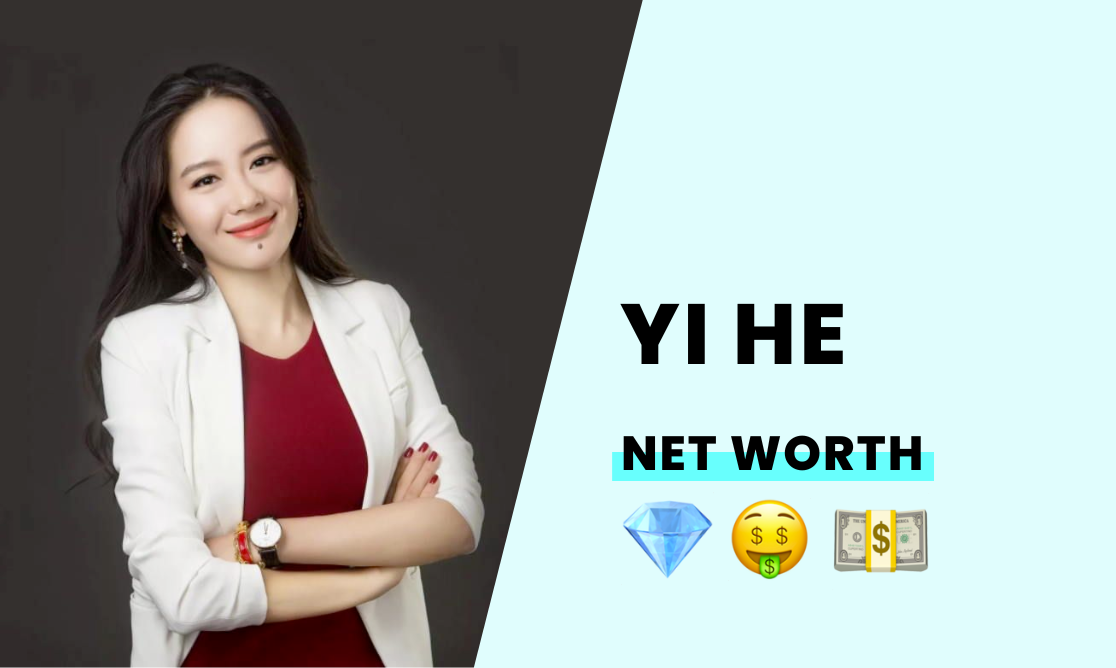 Yi He's net worth is estimated to be approximately $1+ billion.

Yi He was born in Sichuan Province, China, in 1986. Her parents were both teachers. Very little is known about her early childhood years.

Yi He finished school and earned a master's degree from the Institute of Psychology at the Chinese Academy of Sciences in 2007.

A private individual, Yi He has shunned the spotlight, and little is known about her life before she found fame as the Binance co-founder. She has a child her mother helps raise because of her punishing work hours and frequent travel.

How did Yi He build her net worth?

Yi He is a self-proclaimed crypto O.G. Her net worth is based on her shares in Binance, the world's largest crypto trading platform, which she co-founded.

She has dabbled in several professions, including teaching and hosting on TV.

In 2014, she helped co-found the OKcoin exchange in 2014, a pivotal decision that introduced her to the burgeoning blockchain scene. However, she left OKcoin and joined the Chinese mobile video tech firm Yixia Technology as their VP.

It was at OKcoin where Binance co-founder and billionaire CZ met and worked with Yi He before she left.

Speaking to Entrepreneur Middle East, Yi He recalled how CZ contacted her in 2017 about his fledgling Binance startup:

"We [Yixia Technology] were preparing for an initial public offering, and at that moment, CZ wrote a white paper for Binance, and began to raise money, and he asked me to do some consulting work for them. A lot of people do consulting for startups and ask for a percentage or a token, but I did it for free because I believed in CZ — he was ambitious, hard-working, and so I believed that he could be successful."

She joined as Binance's co-founder, but has stayed out of the limelight because of her English. "I don’t want to make a mistake,” she told Fortune.

Binance was generating the highest trade volumes in the world less than a year after its lunch.

She is one of the hardest working people I know on Earth, even today. She has been integral to Binance’s success and I believe that she will remain an integral part of our continued growth into the future. ~Binance co-founder CZ on Yi He

She has invested all of her assets in Binance and also has begun to dabble in NFTs. She is fully invested in the project, which is one of the main reasons it is so successful.

How rich is Yi He?

Yi He is a billionaire. Her stake in Binance is unknown, so it's impossible to be more precise.