How does Etsy make money? 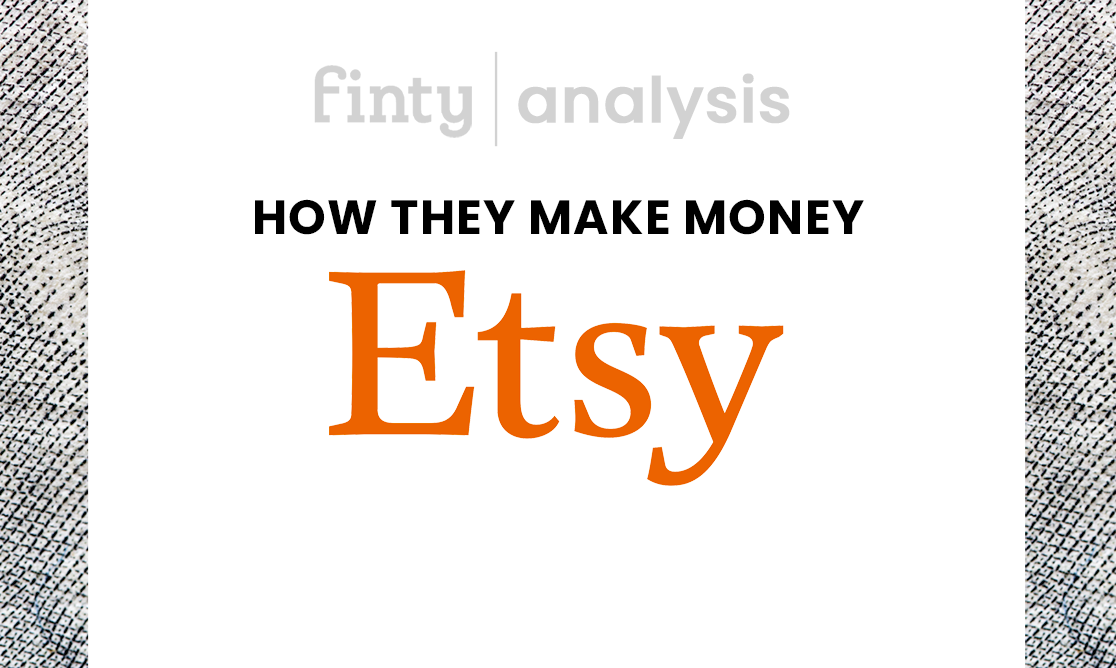 Esty is a unique online marketplace focusing on vintage, one-of-a-kind clothing, furniture, and other consumer goods. It's popularity with millennials and Gen Z and continues to grow.

Etsy operates one of the largest online marketplaces. Since its inception, its business model has evolved to include revenue streams from several other business divisions.

What does Etsy do?

Founded by Robert Kalin, Chris Maguire, and Haim Schoppik in 2005, Etsy has headquarters in Brooklyn. The company experienced worldwide success with its marketplace, going public in 2015. The company generates nearly $2 billion in annual revenues, and is a profitable company for investors.

Etsy was founded when Kalin partnered with developers Maguire and Schoppik in an attempt to create a new niche in the online marketplace to help Kalin sell his wooden-cased computers. Etsy was the resulting platform from the trio's vision, helping sellers out with cheaper fees and lower transaction costs.

Today, the company has nine global offices, with more than 800 employees. Etsy experienced huge growth in order volumes during the pandemic, increasing its cash flows and revenues, and boosting the stock price and investor appetite for the company.

How does Etsy work?

The Etsy online marketplace connects sellers of unique and vintage goods with a global marketplace of buyers. The platform's appeal comes from its approach to listing one of a kind goods with a story behind each product, rather than traditional consumer goods.

The site typically works with hand-crafted, non-branded items, which are only available through the Etsy platform and no other retailer. When browsing the Etsy platform, buyers have the option of items in the following categories.

Users can sign up for the platform as retailers or buyers, and registration is simple for both parties. Etsy lowers the barriers to entry for new sellers on the platform while enhancing the value offered to shoppers.

Sellers can choose to opt into payment processing, logistics, warehousing, and other systems operated by Etsy, similar to the Amazon FBA model. This model also allows Etsy to compete with other companies in the same space, such as Poshmark, eBay, and Vinted.

Some of the other advantageous seller features on the Etsy platform include its forum and Etsy Teams, a tool designed to help merchants collaborate with sellers to boost sales. The Etsy experience is available for buyers and sellers through its desktop client or Android and iOS apps.

Etsy makes money by charging fees to the sellers that use its platform to connect with customers. While listing fees and transaction fees form the company's primary income streams, Etsy also makes money through other avenues like its web-builder tool, Etsy Plus subscriptions, on-site product advertising, and payment processing facilities.

Etsy charges sellers a $0.20 listing fee for each product they put up on the marketplace. The seller must also pay fees for renewals on listings.

Etsy takes a 5% commission on all successful transactions facilitated through the marketplace. The company also charges the seller for services like logistics and gift wrapping from its fulfillment center.

Etsy offers its sellers a range of advertising and promotional services to help them boost sales. Etsy ads and its offsite ad model generate significant revenues for the firm. Merchants pay Etsy based on a click-through model, with Etsy taking anywhere up to 15% in commission.

The Etsy Pattern tool is its web-builder program allowing merchants to build a store themselves without understanding code. Users also get free domain hosting through the Etsy servers. The company charges a $15 monthly fee for this service.

Etsy also facilitates several payment processing options on its platforms. Merchants have the option of choosing from dozens of payment partners, including PayPal, bank transfers, Google Pay, and Apple Pay.

Etsy is one of the leaders in its industry. There are several competitors to the company, but it dominates the marketplace for vintage and unique goods. Etsy calculates that the company still has around 95% of its addressable market left to explore, and the company intends on growing its reach in the coming years. In 2021, Etsy acquired Depop, the popular — and growing — second-hand fashion marketplace.

The company believes it has several tailwinds that will fuel its expansion. The resilience of its user base and the continued adoption of e-commerce are the driving factors for the company's expansion, and it continues to reinvest into its platform to make it more accessible and marketable for merchants and consumers. Recent acquisitions in search and machine learning will improve Etsy’s ability to curate product offerings for buyers.

The company has a good brand presence behind its name, and it intends to keep its edge over the marketplace for the foreseeable future. Etsy management believes the future of its success involves integrating tech like augmented reality into its shopping experience.

The onset of AI, VR, and AR continues to improve e-commerce and shopper experiences online. Etsy aims to be at the forefront of these changes.

As an online retail marketplace, Etsy faces its biggest competition from other similar marketplaces. However, giants like Amazon and Alibaba might have bigger market shares, but they focus on a different market segment.

As a result, Etsy's main competitors are sites like Poshmark and others that allow unique listings. Still, Etsy remains at the top of the heap with these niche sites, and we can expect it to continue to dominate in coming years.