How does Poshmark make money? 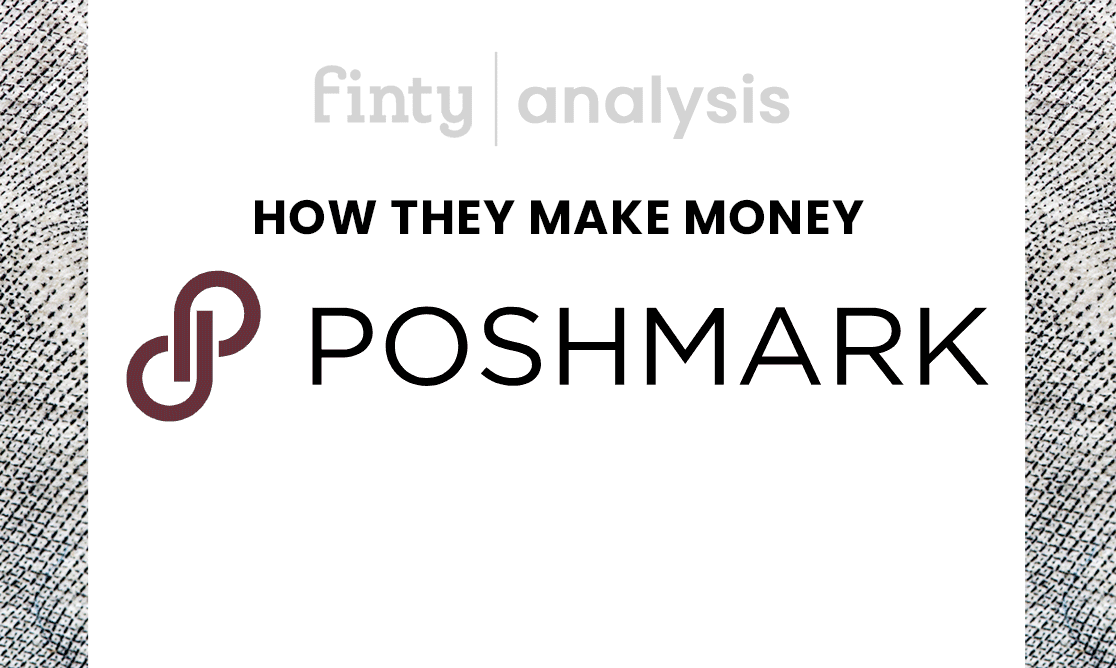 Do you wonder how Poshmark makes money? Poshmark is an online marketplace offering a meeting place for merchants and buyers of fashion and related accessories. The company heavily relies on social interaction, with users able to follow and like on the platform, differentiating it from other similar services like eBay. Let's unpack how Poshmark earns money.

Poshmark makes money by charging commissions on its peer-to-peer retail platform. A premium boutique service and a wholesaling model also provide revenue streams. The company has over 60 million monthly users on its platform, and it filed for IPO, going public in early 2021.

What does Poshmark do?

With headquarters in Redwood City, CA, Manish Chandra, Chetan Pungaliya, and Tracy Sun founded Poshmark in 2011. The company officially launched its mobile-only service in 2011, gaining over 1,000 users in its first year of operations.

The app's founders noticed users spend an average of 25 to 30 minutes each day browsing the site. That's a similar engagement rate as social media platforms like Instagram and Facebook. The founders decided to integrate social functions into the platform to increase user engagement.

By 2014, users were uploading over $1 million worth of garments and merchandise every day. Some of its merchants started making sales in excess of six figures per year.

This success, in turn, makes them upload more engaging content and products, which fuels user engagement and growth. In 2021, the Poshmark marketplace has more than 70 million monthly users, with over 5 million sellers registered on the platform; Poshmark claims to make a sale every second in the U.S.

How does Poshmark work?

Poshmark is one of the leading social commerce apps in the world. It's available for Android and iOS devices, and the company also has a standalone website. Poshmark offers fashion for men, women, and kids, as well as home décor items.

The platform users are responsible for uploading products to the platform and negotiating sales. Therefore, Poshmark doesn't do any product sourcing; it relies on its users to create the marketplace. The company merely acts as a middleman in the transaction. It provides the infrastructure to the seller in return for a commission on each sale they make.

Poshmark stands out from the competition through its use of social media-like features that create engagement and buzz on the platform.

Sellers have individual profiles, allowing them to attract followers to their offerings. Users can also like and comment on pieces, creating trends while providing sellers with vital information on the interest in their offerings.

Poshmark also organizes live events called "Posh Parties," where sellers host events around a single location or brand. Users can also create virtual cosets of their favorite garments and accessories, allowing them to acquire their dream wardrobe through the site.

Poshmark makes money from several revenue streams including fees from peer-to-peer sales, charges to professional sellers for boutique storefronts, and a wholesaling service.

Poshmark relies on its network of sellers to upload content to the platform. Poshmark makes a commission from every item sold. It doesn't warehouse any inventory, and there are no logistics for the company to handle; the sellers take care of the entire deal structure.

Every sale under $15 nets the company a flat commission of $2.95. For sales above $20, Poshmark takes a 20% commission. Sales over $500 require Poshmark to use its proprietary identification service to authorize the transaction.

Poshmark also operates a boutique service with professional sellers. This feature of the platform allows boutique sellers to set up a storefront and it also increases authenticity in the transaction. Boutique sellers must guarantee all items sold through their storefront are original and in new condition.

Boutique sellers must comply with additional rules, such as providing clear images of the products they sell, as well as accurate product descriptions and proof of purchase from the supplier or seller.

To become a boutique seller, the applicant must receive certification from Poshmark, and they pay a flat fee of $20 for the privilege.

Poshmark launched a wholesaling service in 2015. This online portal allows sellers to purchase larger volumes of items at a discount for their online store. Sellers get discounts on items in bulk, increasing profit margins.

However, to access the wholesale section of the site, sellers must have over ten sales in total, with an average rating of 4.5-stars or more. Sellers must also have a boutique certification to access the portal.

Poshmark takes a percentage commission from each sale through the portal. However, there is no publicly disclosed information stating the commission amount.

Poshmark is one of the most successful online clothing and accessory marketplaces. The company rose to fame by treating its sellers like "creators," allowing them to publish content that attracts attention while building a dedicated fan base. However, the company plans to release innovations to its marketplace in the future.

Poshmark is always thinking about ways to support its sellers, providing additional tools to help them make transacting on the platform easier. The company recently launched its "Dropping Soon" feature, allowing sellers to notify past customers or fans about imminent product launches.

If an interested buyer likes the item, they receive a notification before its release, preparing them for the drop. Sellers can schedule drops at any time that suits their selling strategy. With the Dropping Soon function, Poshmark adds another way for sellers to boost engagement with prospects.

Poshmark is an online clothing and fashion accessory platform, so it has plenty of competition online. However, the company’s innovative approach to seller support and marketing makes it a standout in the industry. They not only competes against online marketplaces like Etsy, Shopify, and eBay, but it also has to deal with branded stores like Nike and Gucci, as well as other department stores like Macy's or new-age retailers like H&M and Zara.

The company currently operates in the United States, Canada, and Australia. At this time, it’s unclear if the company intends on expanding its international offering further. In the US and Canada, the closest competitors to the company are thredUp, The RealReal, and Tradesy. An expansion into the UK, Europe, and South East Asia's booming markets would make sense.