How does Google make money? 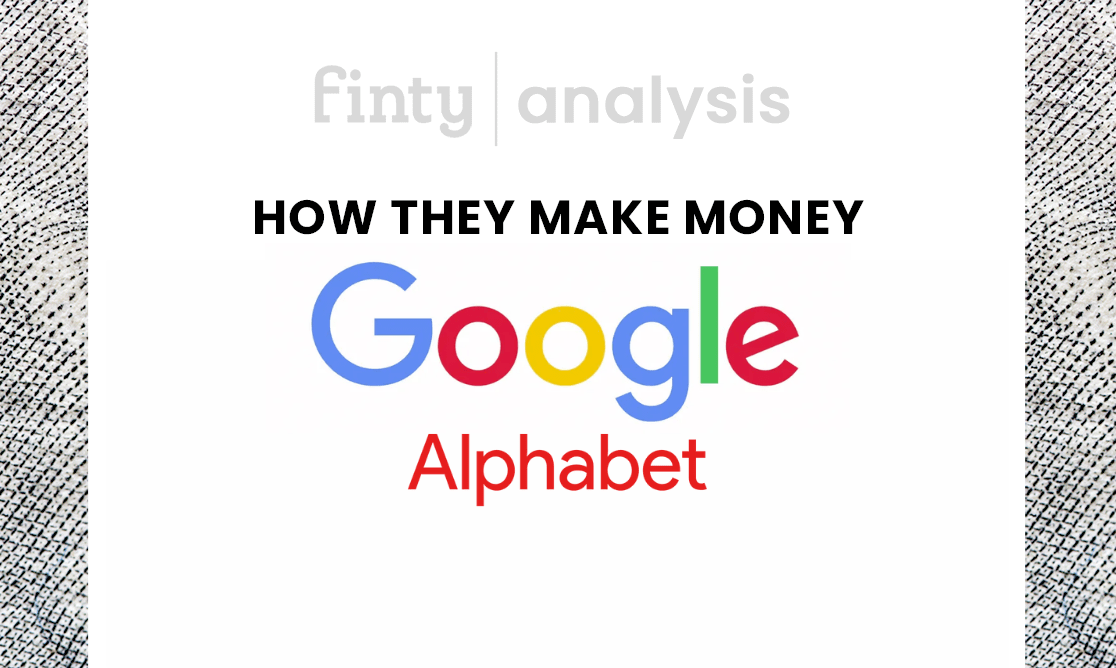 Larry Page and Sergey Brin were two Ph.D. students at Stanford University in the late 90s when they developed the Google concept. The duo had the early goal of building an efficient search engine offering users relevant links to their searches.

While the founders retired from active roles, they retained a 51% controlling stake in the company. Google has its headquarters at 1600 Amphitheatre Parkway, Mountain View, Santa Clara County, California.

What does Google do?

Google dominates online search, and it's the most-visited website on the internet. Over the last 20-years, Google had a huge impact on culture and society, changing how we access information and communicate.

Search remains Google's biggest product, but the company diversified its offering into many other products over the years. Today, Google offers a comprehensive range of interlinked services, including G-Mail (Google Workspace), the Google Docs productivity suite, the Chrome browser, Chrome laptops, and the Android mobile operating system.

Google restructured in 2015, bringing its range of services under the umbrella of its parent company, Alphabet. The company was listed on the Nasdaq stock exchange in 2004 under the ticker $GOOGL.

How does Google work?

Google's business model started as a search engine, adding a range of complementary services to its offering as the company expanded. Google effectively ended the era of using libraries for research and phone books to look up company information.

Google's operations are complex, and the company is a behemoth in the tech sector. Google relies on paid media services to create income for the business. Companies pay Google to advertise on its platform, using a suite of tools to target their ideal demographic.

Google offers companies massive reach, covering over 90% of all search traffic online and a staggering 1.2 trillion search requests per year.

Google makes money by offering advertising solutions to companies. It has a range of platforms where businesses can advertise to their target market. Let's unpack the basics of Google's business model.

Over 80% of Google's revenue comes from its advertising services. The company generates nearly $150-billion each year from ad spending. Google Ads and AdSense form the crux of Google's advertising model and its biggest revenue stream.

With Google Ads, users submit their ads and a list of targeted keywords. Google pushes these ads to search requests looking for products and services in the targeted market segment. Ads appear in the SERP results in the sidebar.

Google Network accounts for around 16% of Google's revenue. This service includes revenues generated from selling ad space outside the Google platform and services.

YouTube is the second largest search engine online after Google. Alphabet purchased YouTube in 2006 for $1.65-billion in an all-stock transaction. While YouTube is a massive platform, with creators uploading more than 720,000 hours of video content to the site each day.

Google offers advertising on videos, but it pales compared to its Google Ads and AdSense business. YouTube advertising accounts for around 13% of Google's annual revenues.

Google has several investments in tech firms. It is interested in the VR and AR space, and the company experienced huge failures, such as "Google Glass." Google also offers a huge range of products for the online advertising marketplace and business.

Google also earns referral fees through its Google Maps platform. The company generates these fees from partners that pay Google for booking its services through Maps.

Google continues to dominate the search market. The company continues its strategy of dominating search and search-related services. It is active in the M&A market, acquiring companies that add value to its product range and goals.

The last two decades saw Google rise to a near-monopoly on the search market. While there are plenty of other competitors, Google towers above them all.

However, due to Google's extensive tracking of its users, many people are turning to other search platforms to protect their privacy. Some of the top competitors to Google in the search space include the following companies.