How does DuckDuckGo make money? 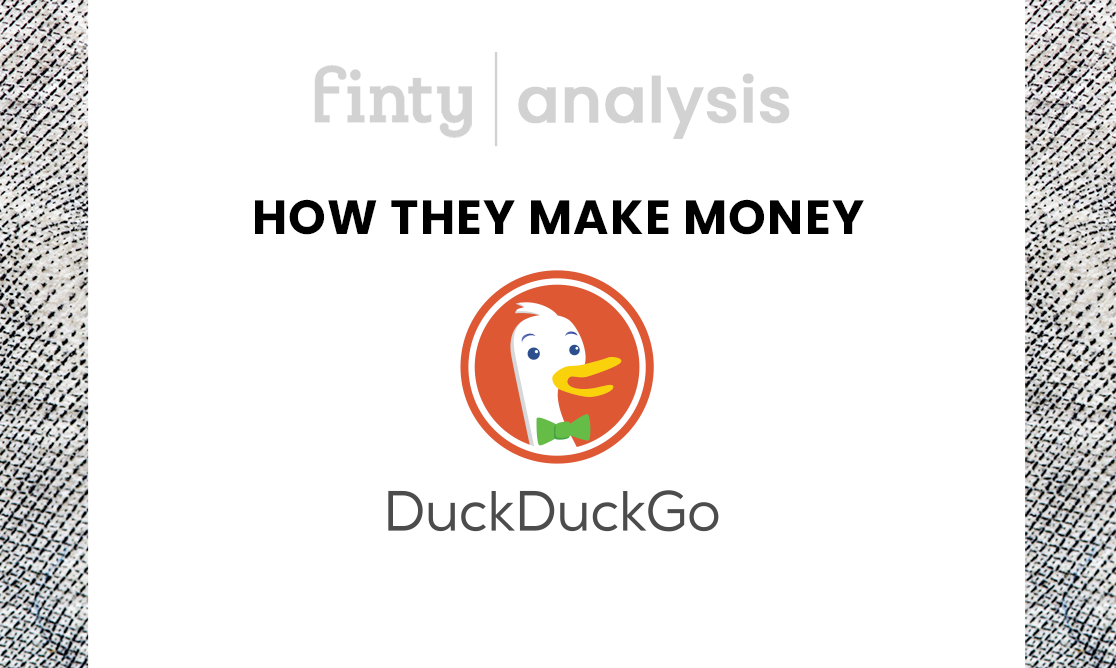 From our smartphones to our desktops, Google monitors every search we conduct through its search engine. DuckDuckGo, on the other hand, provides an online search alternative that doesn't track your search history or online behavior.

Although they don't have the same footprint as Google, DuckDuckGo offers a unique browsing experience that doesn't track your online activity for marketing purposes. Today, the DuckDuckGo search engine processes around three billion searches through its platform every month, and it continues to grow.

How does DuckDuckGo make money if it doesn't track your data? Find out below.

What does DuckDuckGo do?

With headquarters far away from Silicon Valley, Paoli, Pennsylvania is home to this transparent search engine though most of its workforce is remote. Founded in 2008 by tech entrepreneur Gabriel Weinberg, he remains the CEO.

Weinberg showed enthusiasm towards the tech sector at an early age. He decided he wanted to create a competitor to Google that didn't track user data for marketing purposes. He based the name "DuckDuckGo" on the popular children’s game, "Duck, Duck, Goose."

Weinberg launched his search platform in September of 2008. Some two years after launch, the company started to offer private searches for its users. Weinberg used $7,000 of his savings to buy a billboard in the San Francisco tech hub SOMA to promote the search engine, reading "Google Tracks You. We Don't."

The firm's PR stunt paid off, with user traffic reaching all-time highs and growing. By 2011, DuckDuckGo was available in four European countries and spreading across the world.

How does DuckDuckGo work?

If you want to search for something through Google, the company tries to keep you on its platform as much as possible. Data is valuable, and they sell it to third-party advertising and marketing companies that target you for advertising campaigns.

DuckDuckGo promises not to share user data with any third parties. It's a true privacy-focused search engine, and it works with a similar interface to Google.

When DuckDuckGo serves search results, they don't filter them like Google. For instance, with Google, if you type certain sensitive political terms into the search box, you may get peculiar results – almost as if Google is targeting them towards you, showing you what it wants you to see, not necessarily the most relevant information.

Typing a similar term into DuckDuckGo might yield totally different search results. The company doesn't curate or censor its search results the same way as Google, and you get an unbiased view of the internet.

Here's everything you need to know about the revenues generated by DuckDuckGo.

Like Google, DuckDuckGo generates the majority of its income through advertising. However, unlike Google, advertisements on DuckDuckGo are completely and solely based on keywords, or the words that you type into the search bar. For example, if you search for ‘car’, DuckDuckGo will simply show ads for cars. They do not show you advertisements based on your previous searches or other data – just on the word or phrase you have searched for. In essence, DuckDuckGo bases ads on the content of the page, while search engines like Google base their ads on the individual viewing the page.

Parties that are interested in advertising on DuckDuckGo bid on the right to advertise via an auction system. The winning auctions earn the right to post adverts to the right of the search queries.

DuckDuckGo doesn't believe that targeted advertising is necessary. Instead, the vast majority of its revenue comes from keyword advertising, a form of advertising that doesn’t violate your privacy. They hope to help users of the internet realise that the breaching of their privacy isn’t necessary for search engine companies to turn a profit.

DuckDuckGo launched its tracker radar program back in March 2020. This product features a continually updated data-set around trackers employed by Facebook or Google to watch your online activity. The trackers in the Tracker Radar product can collect information on the user's browsing, shopping, or search activity on the platforms.

The DuckDuckGo tracker radar product provides users with an overview of the most common tracker watching their online activity, as well as the behavior the platforms are tracking. All the information on the tracking radar is publicly available at no cost to the consumer.

The tracker radar is also available for commercial use at a fee charged by DuckDuckGo.

DuckDuckGo already receives more than 3 billion monthly searches through its platform. However, they have the goal of doubling that search volume over the next five years. CEO and founder Gabriel Weinberg has said that he believes that DuckDuckGo can one day hold 10% of the search engine market share.

DuckDuckGo competes with other search engines for market share. While Google dominates the industry, DuckDuckGo continues to gain traffic from users that grow weary of Google's hidden marketing tactics.