How does Mozilla make money? 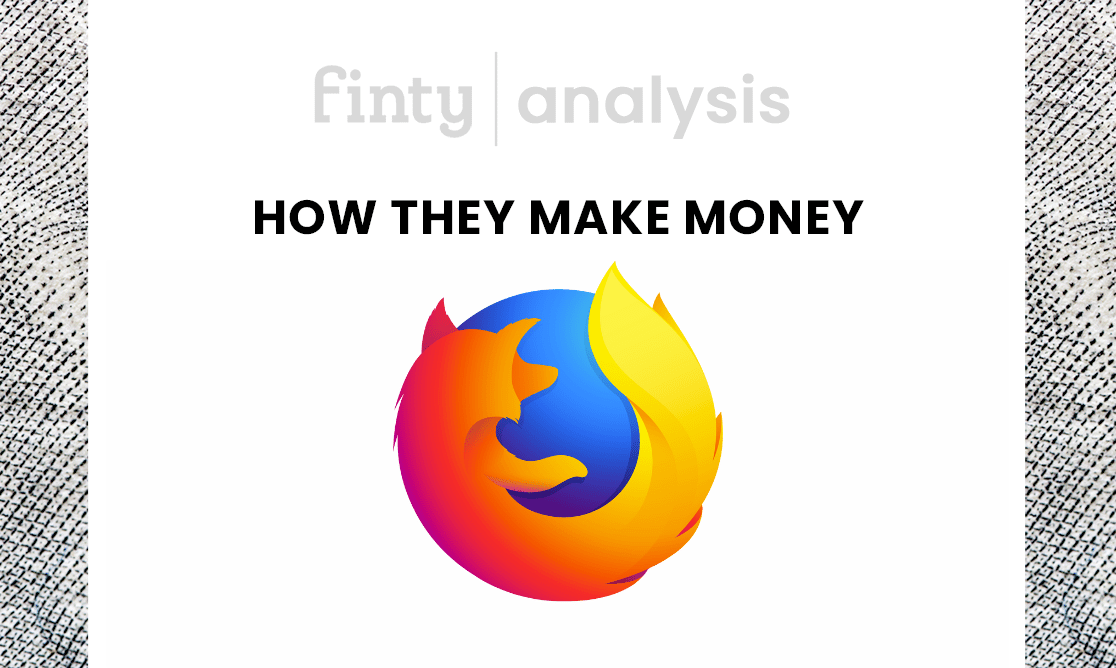 The Mozilla Corporation serves the Mozilla Foundation, funding its ventures and market expansion across the globe. The corporation has subsidiaries in Canada, China, the EU, and many other countries around the world.

What does Mozilla do?

The Mozilla Corporation saw a massive influx of users after its launch as an alternative to Google.

By 2008, the corporation had a 26% share of the browser market. However, the company's growth stagnated and declined over the coming years.

Despite its backtracking in growth, the Mozilla Corporation maintains a strong user base, and it's one of the largest players in the browser industry.

Its browser product "Mozilla Firefox" is popular with users due to the minimal tracking of its user's activity.

How does Mozilla work?

Mozilla Firefox is an open-source software running a licensing model.

Holders of the license may research, edit, or reproduce its code. It's one of the more popular browser tools; Firefox is actually a rendition of the older Netscape browser.

In June 2008, Firefox hosted an event, "Download Day," unveiling the launch of its Firefox 3 browser. The event broke the Guinness Book of World Records for the most downloaded application in a single day, with more than 8 million downloads of the Firefox browser during its live event.

Users can download Firefox for free. Its primary advantage to users is its improved security for browsing compared to other browser tools like Google Chrome and Safari.

The platform offers a similar user experience to Google Chrome. It provides search terms in its "Awesome Bar," based on its machine-learning AI assessing the user's search history.

Mozilla makes money by charging its partners royalty fees for using its service.

It also earns through distribution deals of its open-source software. These fees account for nearly 95% of Mozilla's revenues.

Mozilla originally had an agreement with the Yahoo! Search engine, but that deal ended in 2017.

Before signing with Yahoo!, Firefox was the chosen browser for Google, with Google being the partner for its search engine.

However, Yahoo! offered Mozilla a $300 million deal in annual royalties, swaying the company to choose Yahoo! as its partner.

After ending the deal in 2017, Google stepped up to replace Yahoo! as a Mozilla partner. However, the company only institutes the framework on the back end, and the Chrome browser remains Google's chosen default. It was a strategic move by Google, but Mozilla earns royalties from Google, despite it not being the selected default for search.

There is no information on the amount Google spent in the deal to return Mozilla Firefox to its platform.

Still, experts suggest it was far more than the Yahoo! Deal. The Mozilla Foundation receives funding from the Mozilla Corporation, other foundations, and individual donors.

Mozilla runs the search backend of the site, allowing for fast, effective searches on the Amazon platform.

Some of the other partners generating income for the Mozilla Corporation include Yandex, Creative Commons, and eBay.

Mozilla continues to innovate, creating new products for its users and partners.

According to 2021 financial reports, these new growth projects account for 14% of Mozilla's earnings.

The company aims to gain independence from Google to create a healthy business model that's less reliant on a single partner.

The international browser market is a competitive space, and Mozilla stays ahead of the competition. The following companies are Mozilla's top competitors in the browser market.