How does Mastercard make money? 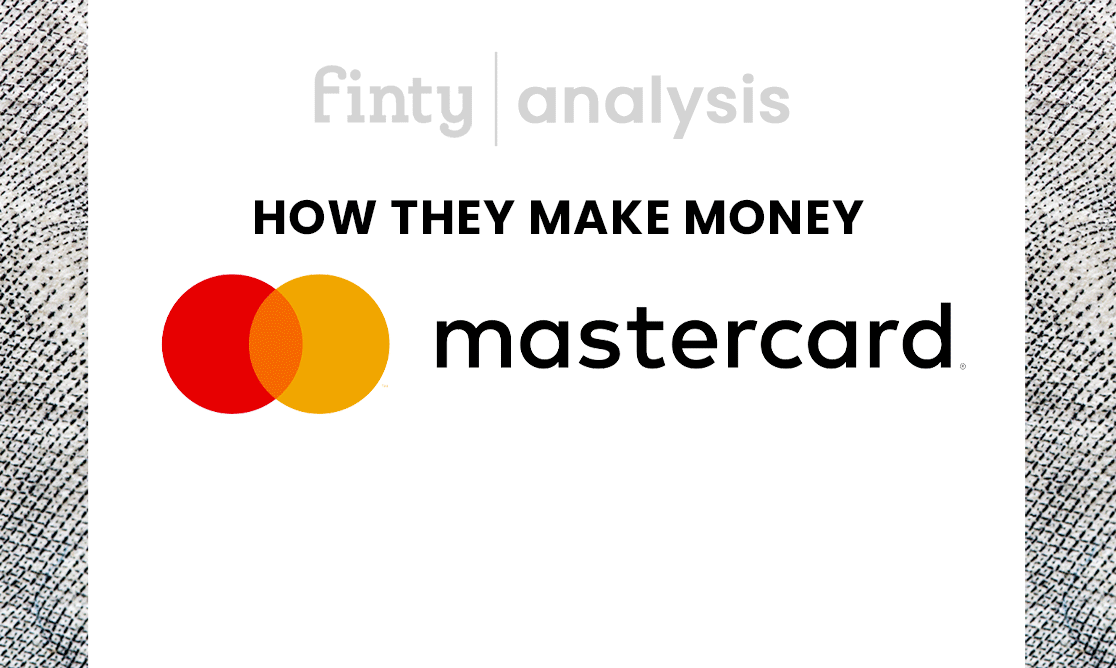 Mastercard brands itself as a "leading technology company in the global payments industry." The company is Visa's biggest competitor, servicing payment solutions around the world. Let's look at how Mastercard makes money.

What does Mastercard do?

Mastercard has a similar model to its closest competitor, Visa. Mastercard was a response to the market domination of global payments by Visa, when a group of regional credit card providers collaborated to launch Mastercard in the mid-60s.

Mastercard got its start as "Interbank," named after the new credit card connectivity across several major banks for consumer convenience in making payments. Interbank rebranded to Mastercard and started making changes to its business model as it brought more partners into its payment network.

Mastercard offers institutions a way to provide customers with seamless global payment solutions while making money through collecting fees on those services. As a result, Mastercard makes its money the same way as Visa, by increasing transaction volumes on its network.

The Mastercard network encompasses financial institutions, merchants, and settlement banks, and each partner receives a cut of the transactions, with thousands of transactions processed in mere nanoseconds.

How does Mastercard work?

Mastercard's payment network spans 210 countries and more than 150 currencies. The company doesn't have anywhere near the monopoly on the industry as Visa, but it's the closest industry competitor to the company.

Next to Visa, the Mastercard brand is one of the most recognizable payment companies in the world. However, as online-based payment networks like PayPal continue their rise, Mastercard faces pressure to maintain its market share.

A Mastercard transaction on the network typically consists of a consumer swiping their card at a Mastercard partner retailer. The issuing bank authorizes the transaction and approves the sale with the merchant, clearing the transaction through its settlement partners, almost instantly.

Instead, the merchant discount fees help with covering costs for acquirer banks.

Mastercard makes money by charging processing fees to the financial institutions on the dollar volume of transactions conducted using its network. Mastercard also earns revenues from other financial services like switched transactions involved in clearing, settlement, and international cross-border transactions.

When consumers make a purchase using their Mastercard, they essentially borrow funds from the bank that issued them with their card. There are tens of thousands of these banks around the globe, and Mastercard "white-labels" its services to these issuing partners. As a result, banks are the primary client-facing operation of Mastercard, not the consumer.

Mastercard segregates its earnings by ‘domestic assessments’, fees from transactions between cardholders and merchant financial institution partners in the same country, and crossborder fees, where the two parties are in separate countries. Domestic assessments account for twice the volume of the international business.

Mastercard's third primary revenue stream comes from the company's transaction processing fee model. These operations net a significant chunk of its revenues, and as much as the domestic operations market.

The fees involved in this model are to the merchant's financial institution. The fees come in two categories, namely, "transaction switching" and "connectivity."

Mastercard charges transaction switching fees when the card issuer receives a payment approval for authorization, when the transaction clears with the two issuing parties' banks, and again when the payment settles. These charges are fractions of a cent, but the company processes thousands of transactions every second.

The connectivity fee comes out of the users that participate in the Mastercard payment network as fees are charged for the use of the network.

Mastercard wants to position itself as a multi-rail payment network. What does that mean? Well, the company intends to accelerate the speed of domestic, cross-border, and card-based, as well as account-to-account payments and transactions.

The company's prime directive is to prioritize these channels in its future operations strategy, where it has made acquisitions in the digital payments and data management spaces, including Ekata, Finicity. Mastercard hopes to offer consumers and merchants a continued fast and reliable service for facilitating both digital and physical debit and credit transactions across the globe.

The company continues to upgrade its payment network infrastructure and invest in fintech solutions, bringing innovative products to market as the global financial system evolves.

As a leading payment processing network, Mastercard’s biggest competitors are Visa and American Express. Since the current international financial system embraces these networks for consumer payments, we can expect them to dominate for years to come.

However, payment e-wallet services like PayPal, Square, and Stripe are gaining popularity with Gen Z and millennial markets. We can also expect these payment solutions to continue to capture market share in the payment processing industry.

Cryptocurrency also presents a new challenge for payment networks like Mastercard. However, the fastest crypto network, Ripple, processes 1,600+ transactions a second while the Mastercard network supports nearly twenty to thirty times that capacity.

In addition, there is the growing challenge from Chinese payment networks like Alipay, which is growing in popularity in Asia.