How does American Express make money? 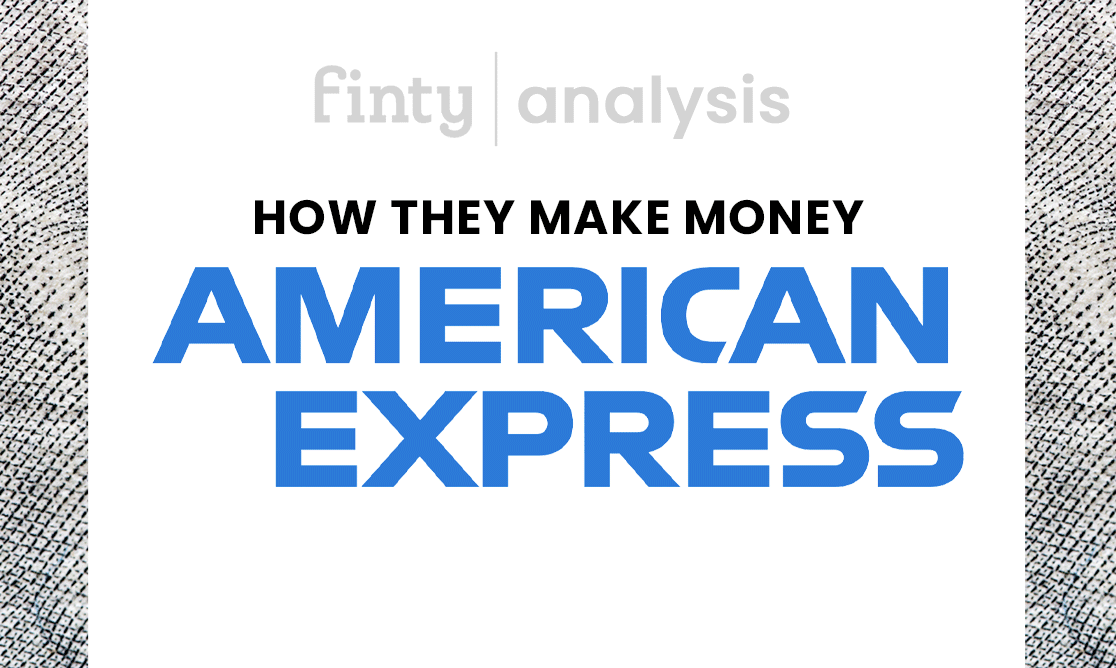 American Express is one of the biggest global credit card issuers in the world, focused on offering its cardholders premium rewards and its merchant partners a preferred, high credit quality cardholder base. Unlike its primary competitors Visa and Mastercard, Amex charges fees to both cardholders and merchants in exchange for its premium offering.

What does American Express do?

In the 1950s, American Express launched its first charge card to the market. It was an innovator in the space, quickly gaining market share and brand recognition.

Amex differentiated itself by focusing on higher income consumers, allowing it to charge merchants higher fees than its competitors. Today, Amex offers charge card services and a host of digital financial products for the consumer retail credit market.

The company generates revenues from two primary sources, its merchant partners and cardholders. The most significant revenue streams for American Express are merchant fees, which Amex calls discount revenues, earned through transactions with partner merchants and cardholder revenues generated through fees on outstanding credit balances and card and conversion fees.

How does American Express work?

American Express makes most of its money through transactions that occur on its merchant network. The company's merchant fees are a lot higher than those offered by Mastercard and Visa. It's for this reason that many smaller retailers and mom-and-pop businesses refuse to use Amex for processing credit card transactions.

American Express makes money by collecting merchant fees on transactions made through its network of partner merchants. The company also generates revenue through its fee model for cardholders, like annual membership fees, interest on outstanding credit balances, and conversion fees.

Amex has tens of millions of cardholders in its network at three levels: personal, business and corporate. One of the biggest revenue streams the card issuers earn is through late fees or interest paid on outstanding balances. With over 114 million cardholders worldwide, charging $1.2 trillion to their accounts, Amex is one of the biggest players in the revolving credit market.

American Express relies on bringing higher-quality cardholders to the merchant, who spend more on average than Visa and Mastercard holders. The company initially started with a no-interest model for its cardholders, but the cardholder would have to ensure they paid their bill in full at the end of each month.

If the cardholder failed to pay the bill, Amex would close the account and send it to a collections company to chase you for the balance. Needless to say, this model wasn't sustainable, and Amex had to change things up to remain competitive in a growing consumer credit market.

Amex also takes a novel approach from other card issuers. While Visa and Mastercard charge customers no membership fee, Amex still maintains an annual membership fee so customers can access its many rewards programs. These fees range from $550 to $2,500 for the legendary Centurion card.

Over time, Amex has focused on expanding its user base by offering several co-branded and entry-level cards. With the advent of the no annual fee Amex Blue Cash cards and other products, it seems like Amex is now taking another look at dominating the cardholder market as well.

The merchant puts up with the higher fees so it can gain access to the high credit quality and generally higher average income Amex cardholder base. However, as mentioned, many smaller retailers decide not to opt into the network, which can be limiting for Amex users.

However, more businesses continue to sign up for Amex, and it's still one of the leading credit card companies throughout the world.

Although the primary goal in the Amex C-suite is to increase transaction volumes, especially in travel and entertainment, which was hit quite hard due to reduced spending during the 2020 pandemic, it is also looking ahead at future growth.

Amex continues to focus on adding retail and business cardholders to its user base. This includes a focus on small to medium business users, where Amex rewards program is especially attractive.

Expanding its merchant partner network is also a key priority. In 2018, Amex reduced its merchant fee structure in an effort to be more competitive. Although Amex is accepted widely in the US, it continues to lag globally. To that end, Amex added 3.7 million more locations where Amex is accepted outside the US.

The company is focused on international growth, recently being approved to expand into China, where they have already signed card issuing agreements with 16 bank partners and formed key relationships with Alipay and WeChat.

While Amex is making an effort to reduce its merchant fee structure, it remains higher than many of its competitors like Visa and Mastercard. As a result, we can expect to see slower relative adoption of the card issuer across retail markets.

However, it's important to note that American Express maintains an advantage over the competition as both a payment network and an issuer. As a result, the company has an advantage over Visa and Mastercard with its ability to provide predictable, streamlined services.

The new threat to Amex comes from the small end of town. Younger consumers in the 18-35 age bracket, are wary of credit card debt, more likely to have their card application declined, still need to spend fairly small amounts of money.

Instead, customers are opting for new Buy Now Pay Later products offered by companies such as Afterpay and Klarna which have blazed a trail to create a new category of consumer lending.

They are mobile first, no physical card, low credit limit of $1,000, no credit check meaning not many people are locked out and pay off purchases in 4 payments. Customers of companies like Afterpay, Klarna, Affirm, Sezzle, and Quadpay do not charge customers annual fees and don’t charge interest either.

American Express has started to respond by launching ‘Plan It’, a service that mimics the pay in instalments structure of BNPL competitors.