How does Sezzle make money? 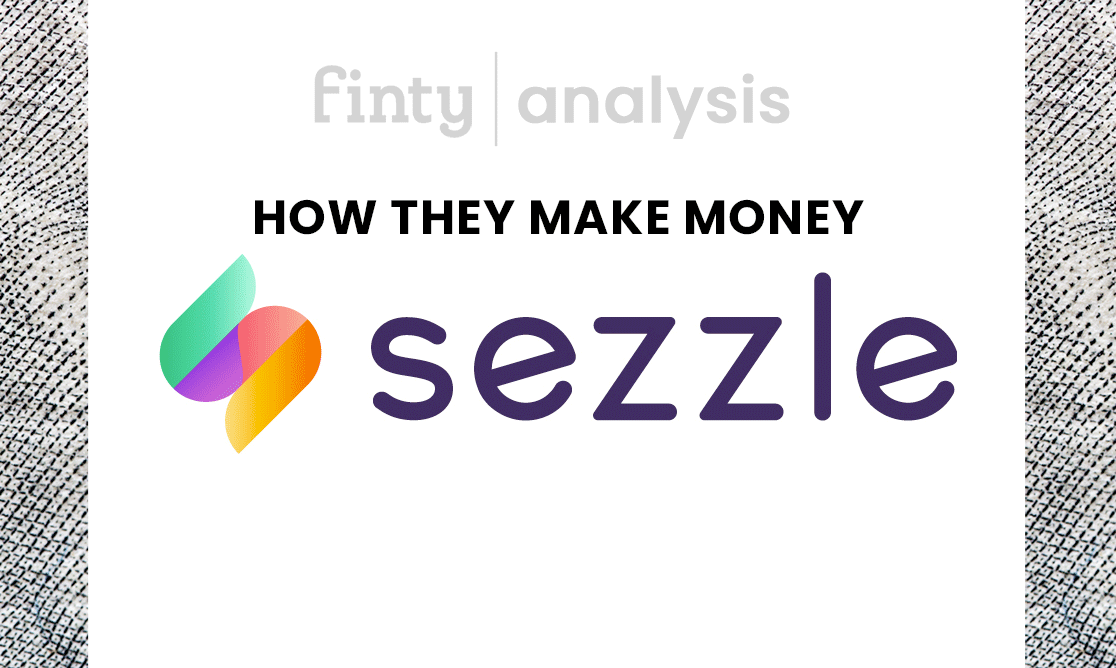 Sezzle is a fintech offering consumers buy now pay later services at point-of-sale with participating merchants. It's one of the new players in the market, but it's aggressively snapping up market share from leading brands like Afterpay and Affirm.

How do they fund their rapid growth in a market as competitive as payment processing? Find out with this examination of their business model.

What does Sezzle do?

Founded in 2016 by Charlie Youakim (CEO) and with headquarters in Minneapolis, the company is one of the few fintechs that didn’t originate in Silicon Valley. Even though the company was operating solely in the US, in 2019 the company went public in Australia where there was more familiarity with the BNPL market due to Afterpay.

At the time of its IPO, Sezzle had over 270,000 customers and more than 3,300 merchants listed in its network. In the same month, Sezzle announced it was entering the Canadian market, its first venture outside the US. Within six months of Sezzle's IPO, the company grew to over a million members and more than 10,000 merchants. The company fueled growth by adding more capital in the form of debt and equity financing rounds with investors.

Sezzle blasted through investor expectations during the coronavirus pandemic. Stay-at-home and remote work mandates in the US contributed to a massive boom in e-commerce, with Sezzle riding the wave.

How does Sezzle work?

Sezzle is a fintech firm offering instant loans to consumers in the buy now pay later market. When the customer assumes a loan with Sezzle, the merchant gets paid immediately, and Sezzle underwrites the risk.

The lender must make four repayments to cover the cost of the loan, with the first installment being due at point-of-sale. The following three installments are scheduled for equal amounts, two weeks apart. Sezzle doesn't charge any interest on the loan and there are no hidden fees associated with assuming the loan.

As long as the consumer pays back the loan on time, they don't have to worry about any charges or late fees. When signing up for an account, Sezzle runs a "soft" credit check, which doesn't impact your credit score or your chances of getting the loan. Sezzle conducts the check to verify your identity.

Customers get almost instant approval of their account and loan facility. Sezzle bases the loan facility on the credit check it runs when verifying identity. After approval, they can start shopping and choose Sezzle as their payment method at checkout.

Sezzle is gaining popularity thanks to its ever-growing list of retail partners and customers. Sezzle is available for desktop clients and mobile devices operating on Android and iOS.

Recently, Sezzle in partnership with Ally Bank, started offering long-term financing of up to 4 years on higher priced items. The loan is specifically through Ally Bank, who sets the terms and limits.

Sezzle makes money by charging merchant fees on each loan the customer takes with the participating retailer. Sezzle is available for both online and offline purchases. The bulk of its revenues come from merchant fees, but the company also earns revenues through other models like late payment fees and interchange fees.

The bulk of Sezzle's revenues come from its merchant fees. Many people think that BNPLs make most of their money by charging late fees to consumers when they miss payments. However, this is not the case for Sezzle.

Today, Sezzle makes most of its money through merchant fees, with no late charges to account holders. Moreover, since Sezzle doesn't charge any APR on loans, it recovers its costs through merchants in its partner network.

When a consumer takes a Sezzle loan, they pay Sezzle the first 25% of the purchase at the point of sale, and Sezzle compensates the merchant in full. As a result, Sezzle assumes the risk in the deal, underwriting the loan with the consumer.

Sezzle charges the merchant a 6% transaction fee and a flat rate of $0.30 per sale. The 6% fee is somewhat higher than many of the other BNPLs operating in the same market. However, the rate is negotiable, and companies with higher transaction volumes can negotiate fee structures with the Sezzle team.

Sezzle also charges consumers late fees on any missed payments. The company institutes a $7 late fee if you miss a payment, and they also charge a $10 account reactivation if you don't make payment within two days of the payment schedule.

If users fail to make their loan payment, they receive a ban on the account until they settle the outstanding amount. Sezzle allows users to reschedule charges if they think they are going to miss the stipulated date. Rescheduling payments come with a $5 fee per request.

Sezzle is one of the fastest-growing fintech companies in the buy-now-pay-later market. The company continues to experience strong growth in new users and merchants on its network.

Sezzle continues to expand its merchant base recently signing a 3 year exclusive contract with Target for their in-store and online customers. To further expand its customer payment offerings, in September 2020, Sezzle partnered with Ally Bank to offer long-term, financing on amounts up to $40,000 over 5 years.

As of December 2020, Sezzle launched the "Sezzle Up" platform, giving its users the chance to sign up to let Sezzle report payment information to the credit bureaus. As a result, users can now increase their credit scores by making timely payments on their loans, which are then reported to the credit bureaus. That's a big move by the company, and we can expect it to attract more consumers to the platform. In addition, data shows that most Sezzle customers repay their loans in full, without incurring late fees.

Finally, Sezzle announced in May 2021 that it would pursue an IPO in the US. Although no details have been set as of this point, it would seem any IPO proceeds will be used to fuel Sezzle’s growth beyond the US and Canada. The company has disclosed it is exploring India as its next market.

Sezzle receives competition from other BNPLs in the no-interest loan space. However, it manages to stay ahead of the competition with cutting-edge technology, excellent payment alternatives, and great customer service. Some of its top competitors include other BNPL and alternative payment firms including PayPal, Splitit, Afterpay, Affirm, Klarna, and GoCardless.