How does Afterpay make money? 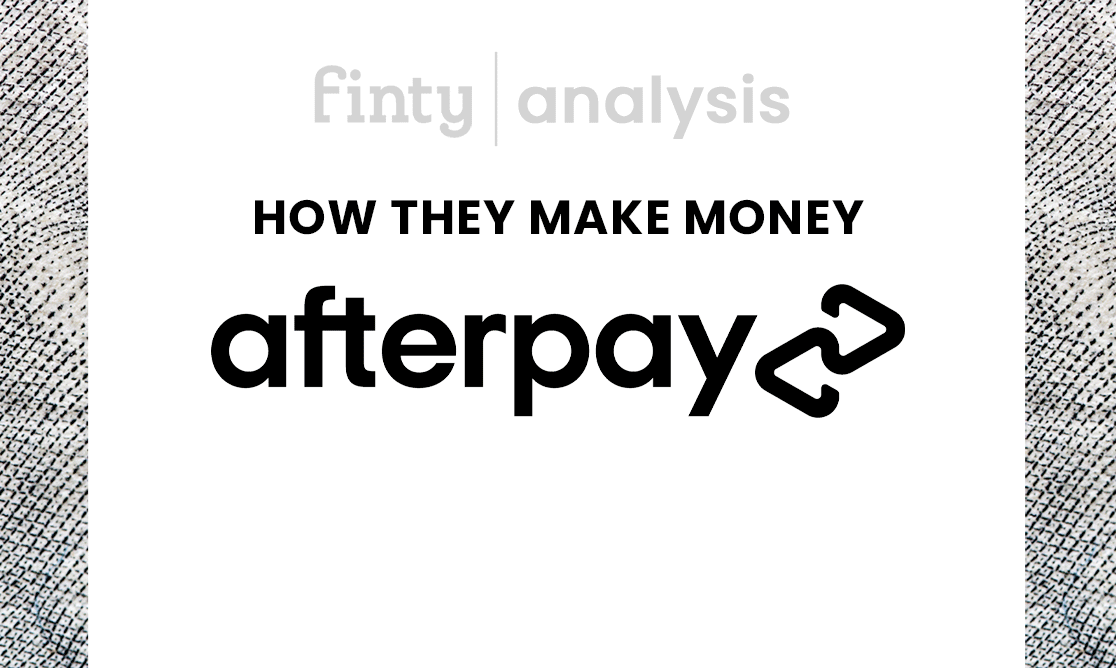 Point-of-Sale (POS) loans make it possible for consumers to buy-now-pay-later on their purchases. Thanks to its simple — some would say controversial — business model, Afterpay has grown rapidly since 2015 and is now one of the more popular options available at checkout.

In this guide you'll find out how Afterpay works, get details on their business model, and learn how the company makes money (even though they charge customers no interest).

For more details on how Afterpay works, check out our in-depth Afterpay review.

What does Afterpay do?

Founded in 2014 with headquarters in Sydney, Australia, Afterpay is one of the leaders in the buy now pay later (BNPL) market. The company offers APR-free POS loans to consumers at checkout, with no credit check and guaranteed approval. It's an alternative product to credit cards.

It's a novel approach from the originator of the POS concept, Affirm. Affirm charges an average APR of 18%, checking users’ credit scores to determine the rate. However, with Afterpay, credit scores don't play a role, and no interest is charged on the purchase, meaning it is available to a larger addressable market.

How does Afterpay work?

When signing up for a loan, the consumer gets to split their purchase into four payments of 25% of the loan value. The customer makes the first payment at point-of-sale and the subsequent three payments every two weeks thereafter.

Afterpay users that sign up for an account can take as many loans as they like using the service. However, there is a total borrowing limit of $2,000 on the loan service, with a cap of $1,500 on any single purchase using Afterpay.

The company has had great success with its model, partnering with leading brands like Lululemon, Pandora, ASOS, The RealReal, Forever 21, and thousands of others in its merchant network.

So, how does Afterpay make any money if it's not charging consumers an APR on their purchases? How does it guarantee approvals on all loans? Afterpay makes the majority of earnings through late payment fees on loan instalments from defaulting customers.

Afterpay makes money by charging merchants fees for purchases completed through their service and customers fees for late payments. It is a simple, though controversial, business model.

As mentioned, Afterpay doesn't charge consumers and additional fees or interest on their purchases. However, its merchant network has to pay a percentage fee on each sale processed through the Afterpay network. Typically, this fee is 4% to 6% of the transaction value, along with a $0.30 flat-rate fee.

Merchants also have the advantage of paying transaction fees based on a sliding scale model. The more a merchant uses Afterpay, the lower the percentage fee. Afterpay currently has a retailer network of almost 75,000 partners, making it one of the most broadly utilized worldwide. Users can fund their shopping by taking interest-free loans with leading brands.

Merchants avoid the risk in issuing the POS loan because Afterpay does the underwriting, assuming responsibility for any default. In essence, they pay the merchant immediately and take the risk on the customer repayment. So, it's a good deal for the merchant, as Afterpay claims a merchant offering its facility can increase annual sales volumes by up to 20%.

Today, merchant fees rather than late fees make up the bulk of Afterpay earnings.

Afterpay makes less than 10% of its earnings from late fees on loans paid by its customers. When assuming the loan, the customer receives an invoice with their next payment due date. Afterpay deducts the specified installment amount directly from the nominated debit or credit card on the agreed date.

The company then tries to bill again seven days later. If they are unsuccessful in retrieving the payment, they charge a further $7 late fee. If that payment is not completed, Afterpay will roll over the outstanding amount into the next payment. If that payment also fails, they'll charge another $7. The maximum late fee charged on an order is $10 for orders below $40. For orders over that amount, late fees are capped at 25% of the initial order value.

Many consumer commissions claim Afterpay uses predatory lending tactics, with the company making the bulk of its earnings through late fees. [1]

They say Afterpay may create excessive risk for consumers as it offers its services to all customers regardless of their financial circumstances, leading to financial stress and excess debt. As a result, some consumer groups took Afterpay to court over its lending practices.

Afterpay continues its growth through its network of testimonials. The company has millions of satisfied customers, and it continues to add more users and merchants to its books each year as well as increasing the average transaction price. The company leverages social media influencers to get the word out about its services to its user base.

Afterpay also plans on continuing its acquisition of other companies in the BNPL space, with its takeover of Pagantis, a Spanish BNPL company, for $82 million. Today, Afterpay has more than 11 million customers around the globe. The company employs more than 1,000 people through seven global offices.

Since Afterpay is a fintech providing interest-free POS loans, it has plenty of competition from other competitors in the same space. Since 2015, there’ve been new entrants into the market from prominent tech companies looking to involve themselves with BNPL business models.

Some of the top competitors to Afterpay include payment apps such as Affirm, Sezzle, and Klarna as well as alternatives such as PayPal offering BNPL services.