How does McDonald's make money? 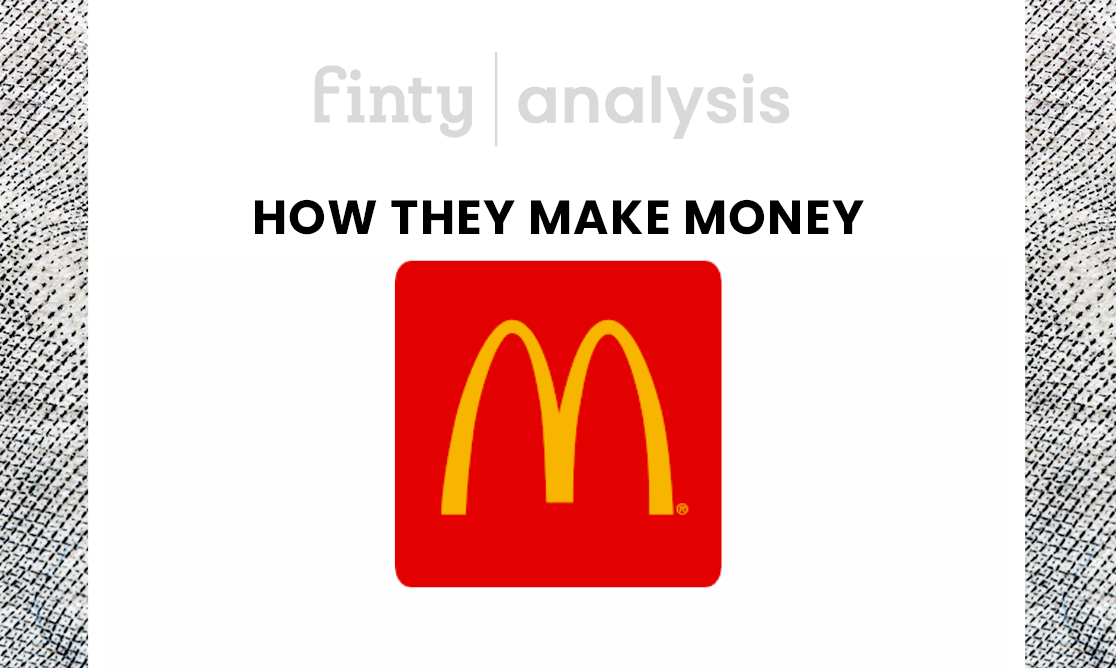 The McDonald brothers were the first to offer the "Drive-Thru" concept to the fast-food industry in 1948. Ray Kroc started as the company's first franchise agent in 1954, opening the first location in the McDonald's franchise in 1955.

In 1961, Kroc bought out the McDonald brothers to become the company's owner, paying $2.7 million for the business.

The company was listed on the New York Stock Exchange in 1982 under the ticker NYSE: MCD for a mere $0.83 per share.

What does McDonald's do?

McDonald's is a fast-food franchise chain serving burgers, chicken nuggets, fries, desserts, and other sandwiches using a convenience food model. The company has more than 38,000 locations across the globe, serving more than 70-million customers globally, around 1% of the global population.

McDonald's is the dominant force in the "Quick Service Restaurant (QSR)" restaurant market. The company went public in April 1965 on the NYSE, with a share price of $22.50. The company offers its franchisees institutionalized training to assist them with setting up and running their franchise.

How does McDonald's work?

Many people think that McDonald's is a fast-food company, but that's not the case. While its restaurants serve food, the company makes most of its earnings through real estate. It creates revenue through franchise agreements and leasing its restaurants to owners at huge markups over the real estate market value for the property.

McDonald’s owns 93% of all franchise locations, and it has the goal of increasing this to 95%. Franchisees enter the business due to the promise of huge margins on the sale of food. The margins are so good that franchisees hit profitability in a very short period after opening their store. The company has a staggering 40% profit margin on its products.

McDonald's has an impressive growth strategy, opening a new store somewhere around the world every 14.5 hours. The company focuses on three growth accelerators; Delivery, EOTF, and Digital.

McDonald's makes money by offering franchisee agreements to its partners. While the company is a huge player in the fast-food market, its biggest revenue source is renting its locations to franchisees. As a result, we can think of McDonald's as a real estate empire, more than a fast-food chain.

This model provides McDonald's with a steady revenue stream from rent and royalties on food sales. Its franchisees benefit from lower operating costs, making locations profitable shortly after opening. Since McDonald's has ownership over the land where its sites reside, it uses the property value to leverage deals in the financial markets.

According to analysts, McDonald's remains around 82% of franchisee revenues, compared with approximately 16% from company-operated locations. As a result, McDonald's aims to increase its share of franchise locations from 93% to 95% in the future.

McDonald's operates the following global business divisions. International Markets, US operations, and International Developmental Licensed Markets and Corporate. Each of the company divisions accounts for 54%, 37.2%, and 8.7% of its revenues.

McDonald's launched its "Velocity Growth Plan" in 2017. This strategy focuses on improving the key business drivers in its model, namely, value, food, and the customer experience.

McDonald's aims to provide the "Experience of the Future" (EOTF) by implementing restaurant modernization to transform its brand's customer service experience and perception.

McDonald's franchisees compete with other fast-food businesses for market share.

The company has a long-standing rivalry with Burger King, dating back to the 80s and 90s.

The company has such a huge impact on the global market that if it started serving Pepsi instead of Coca-Cola to its customers, Pepsi would overtake Coca-Cola as the world's leading soft drink brand.

Some of its closest competitors in the US market are the following companies.