How does Microsoft make money? 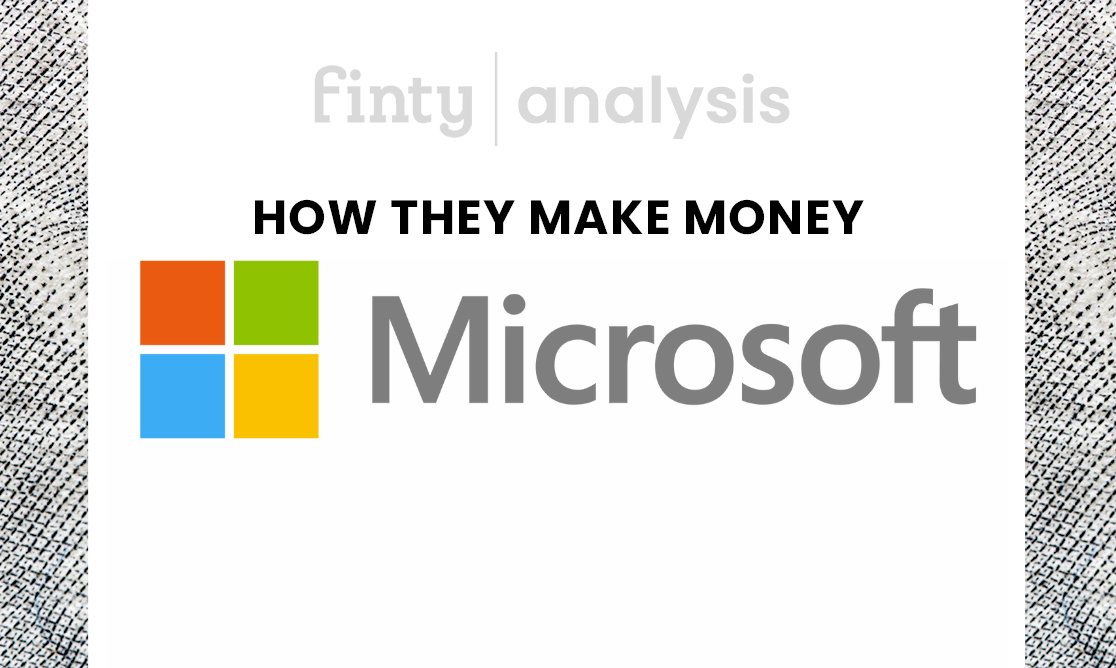 Bill Gates and Paul Allen founded Microsoft in April 1975 in Albuquerque, New Mexico. The duo got the name for the company by combining the words "microcomputer software." Gates and Allen converted the BASIC mainframe programming language to create the first personal computing system, known as "Altair."

Microsoft had its IPO on the NASDAQ stock exchange on March 13th, 1986, under the ticker $MSFT. At the time of the IPO, Microsoft opened at a share price of $21, closing its first day of trading with a share price of $27.75. Gates sold $1.6 million in shares, retaining a 45% stake in the company worth $350 million. In 1987, Microsoft founder Bill Gates became the world's youngest billionaire.

What does Microsoft do?

The Microsoft Corporation is a leading developer of PC software operating systems and apps. The company publishes multimedia titles and manufactures a range of hybrid tablet devices, laptops, and smartphones.

The company offers email services, and it owns the "Xbox" gaming platform. The company has sales offices around the globe, and it operates an R&D center at its corporate headquarters, based in Redmond, Washington.

How does Microsoft work?

Bill Gates stepped down from his role as the company's CEO in 2000. Gates handed over the reins to Steve Ballmer, who he met during his tenure at Harvard University in the 1970s. He nominated Ray Ozzie as the chief software architect in 2006.

Gates remains chairman of the board, but he has not had a direct role in company operations since 2006. Ray Ozzie left the company in 2010, and Ballmer retired in 2014, leaving current CEO Satya Nadella to run the company.

Microsoft retains its market-leading position in the consumer and business segments of PC operating systems, online gaming, and productivity software. Microsoft introduced its range of "Surface" tablets in 2012.

The company's largest revenue source is its cloud computing business, and it's the fastest-growing segment of its business model.

Microsoft offers a productivity software suite to businesses and private users (Microsoft Office). The software has the goal of improving personal and corporate productivity and communications.

The productivity suite is available to commercial partners on license and personal users. The company charges a subscription fee for accessing its tools. This segment of the business accounts for approximately 35% of its revenues.

Its cloud services include Microsoft Azure, Windows Server, SQL Server, Enterprise Services, GitHub, and others. This division of Microsoft's business accounts for 37% of its total annual revenues, and it's the fastest-growing segment of the Microsoft business model.

The Microsoft personal computing division consists of products and services that place its customers at "the center of the Microsoft experience with its technology."

This division of the business includes its Windows OS, Surface devices, Xbox gaming products, and search and news advertising. This business segment accounts for approximately 29% of Microsoft's annual revenues.

In early 2022, Microsoft acquired Activision Blizzard for a record $68.7 billion, making it the company's most expensive acquisition. The company intends to use AB as its foothold into the "Metaverse."

Microsoft intends to close the deal in 2023, making it the third-largest gaming company in the world by revenue, behind Tencent and Sony.

Microsoft has a chokehold on the OS segment of the market, and it's the most prominent OS in the world.

However, it faces stiff competition from tech companies competing in the space. Some of the company's top competitors include the following organizations.