How does Netflix make money? 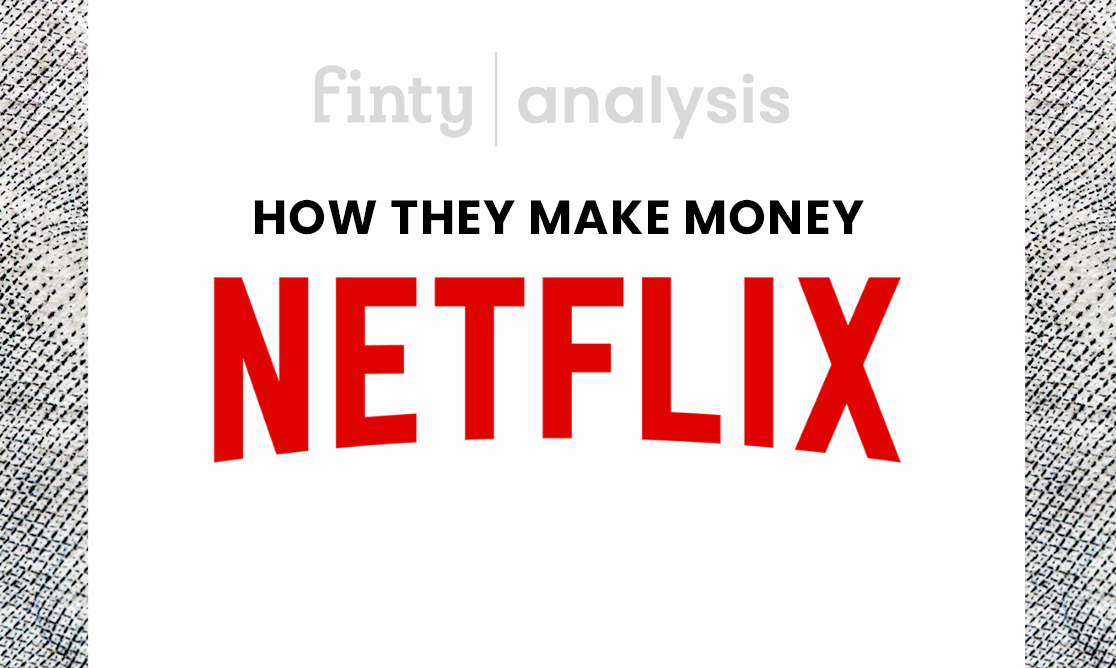 Marc Randolph and Reed Hastings founded Netflix in 1997. The platform went under development for ten years, launching in 2007. The company has headquarters in Los Gatos, Los Angeles, and New York City. It also has an office in Toronto, Canada.

Netflix started as a DVD rental company in 1997, pivoting to an online streaming platform in 2007. The company was listed on the Nasdaq stock exchange in May 2002 under the ticker $NFLX.

The stock traded at $15 per share on its IPO. The company has a valuation of $141 billion, making it one of the largest companies in the online entertainment space.

What does Netflix do?

Netflix is an online streaming service available in over 190 countries. The company has more than 214 million subscribers. It's the leading company in the streaming space, but it's losing ground to new streaming platforms like HBO Max and Disney+.

Netflix offers a catalog of top-rated TV shows and movies from leading production studios. It also provides a huge variety of original content. Netflix reinvests a large percentage of its income into new content productions to keep its platform and userbase growing.

Netflix started as a DVD rental platform, and it still maintains this side of its business. However, the DVD rental division is experiencing a rapid decline. Analysts believe it won't be long before the company scraps this division of its business model.

How does Netflix work?

Netflix operates a subscription model for its streaming business. Netflix acquires and licenses content from leading film production studios, and it also invests in original content. The company's core business strategy is growing its streaming service subscriptions. However, over recent years, it's experiencing a slowdown in subscriber growth as new platforms, like Disney+, move into the streaming space.

Netflix runs an OTT streaming platform, but the company has huge overheads. It reinvests much of its profits into producing original content to attract new subscribers. The company has a reputation for spending. In 2018, Netflix overran its budget for new content by more than half a billion dollars, causing upset among its investors.

Netflix makes money by charging a subscription fee to its users. The company offers subscriptions in different tiers, depending on how the user wants to use its platform. Netflix also earns revenue through its waning DVD rental division.

Netflix utilizes a subscription model for its streaming service. The subscriber has the choice of HD and Ultra-HD (4K) packages.

The subscription determines the number of users on an account and the number of devices accessing the platform from the same user account.

Netflix saw its subscriber base increase during the pandemic, boosting its y-o-y revenues by 25%. However, it experienced a slowdown in subscriber growth in the coming years.

Netflix started as a DVD rental service. The company has rented more than 5 billion DVDs since its inception. This division of its business still operates, even with its streaming service accounting for the lion's share of its business.

US customers log into dvd.netflix.com and browse thousands of TV shows and movies available on DVD. Netflix ships the DVD to the customer, and returns are free. Netflix offers two DVD plans with monthly subscriptions. Users can sign up for the standard or premier rental plan.

Netflix future hinges on its ability to grow its paying userbase, and increase its yield per user.

Netflix will pay window rights to all SPE titles after the company finishes its home entertainment and theatrical release windows.

This new partnership allows Netflix to bring across Sony's catalog of film franchises and IP to the Netflix platform in the US market.

Netflix is the leader in the online streaming market. However, the company is seeing slowing subscriber growth. Other production firms and entertainment studios are hot on its heels, competing for market share. Some of the top competitors to Netflix include the following companies.