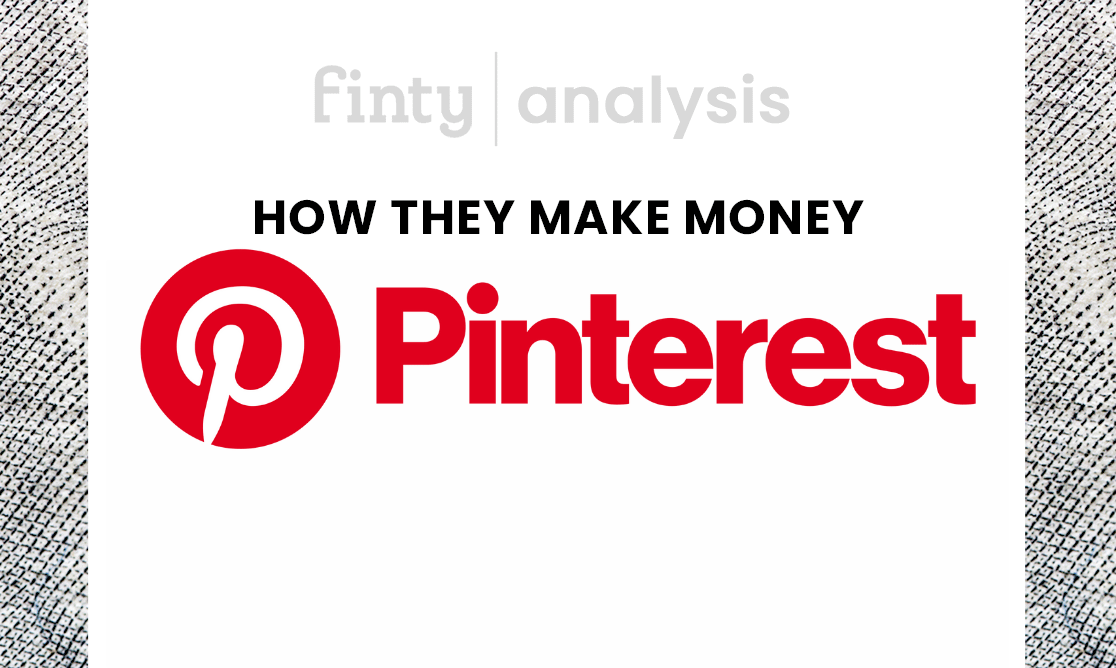 The company was listed on the NYSE in April 2019 under the ticker $PINS. The company's opening share price of $19 per share earned it $1.4 billion and a $12.7 billion valuation. Pinterest received $100 million in financing from Goldman Sachs and Andreessen Horowitz in 2012.

This is how the company makes money.

Pinterest is one of the leading social media platforms. It offers users a visual experience where they can curate "pinboards" in various categories. Users can pin and save images they like, from recipes to home and style, clothing, and many more genres.

"Promoted Pins" are the biggest revenue generator for the platform, taking the appearance of user-generated pins. The site is a photo-sharing app, available for download on PC and mobile apps for iOS and Android users.

Pinterest differentiates itself from other photo-sharing sites like Instagram by positioning itself as a "discovery service" helping users curate virtual vision pinboards. The platform has several types of pins, including standard image pins, product, and video pins, and pin collections.

Pinterest operates as a social media site using a free model to attract users. Users sign up for the platform and start browsing or uploading pins which they use to curate a visual pinboard. Many people use the site for planning weddings and other special events.

The company runs an advertising revenue model where it charges users for advertising campaigns based on a cost per click model per thousand impressions. Pinterest also provides an engagement model for its users, where they only pay for clicks on their promoted pins.

Advertisers can set up targeted ad campaigns based on interests, hobbies, or lifestyles. As a result, advertisers using Pinterest to promote their products and services receive higher conversion rates and better value for their ad spend than other social media platforms.

It sells its ad campaigns on a cost-per-click model, with users only paying for the clicks they receive on their pins. Let's look at the model in detail.

The company offers a pin and advertising system for monetizing content on its platform. The company recently introduced the "Buy It" button on promoted pins, allowing users to buy products directly through its website without visiting a third-party site to complete the purchase.

Merchants using eCommerce platforms like Shopify can partner with Pinterest to sell products and services on the platform. Pinterest charges a referral fee or commission for the sales it brings through the "Buy It" function on its platform.

However, Pinterest's biggest earner is its "promoted pins" model, where it sells advertising through its click-based model per 1,000 impressions.

The company operates its advertising model on a similar theme to Facebook. Promoted pins appear as native pins in the feed, with a slight difference identifying them as promoted pins.

Pinterest relies on collecting user data to target advertising campaigns to users' interests and searches on the platform. It allows advertisers to tailor their campaigns to their target market and key buyer personas.

Pinterest's primary advertising partners include beauty, fitness, fashion brands, and retailers. The platform caters mostly to the female market demographic between 15 to 50 years.

The company intends to increase its international footprint for its marketing and advertising services, building its user base.

It also wants to build an eCommerce platform that sells products directly from its site instead of sending traffic to third-party sites.

Pinterest competes with other social media marketing platforms for advertising revenue. Some of its top competitors include the following: