How does Rakuten make money? 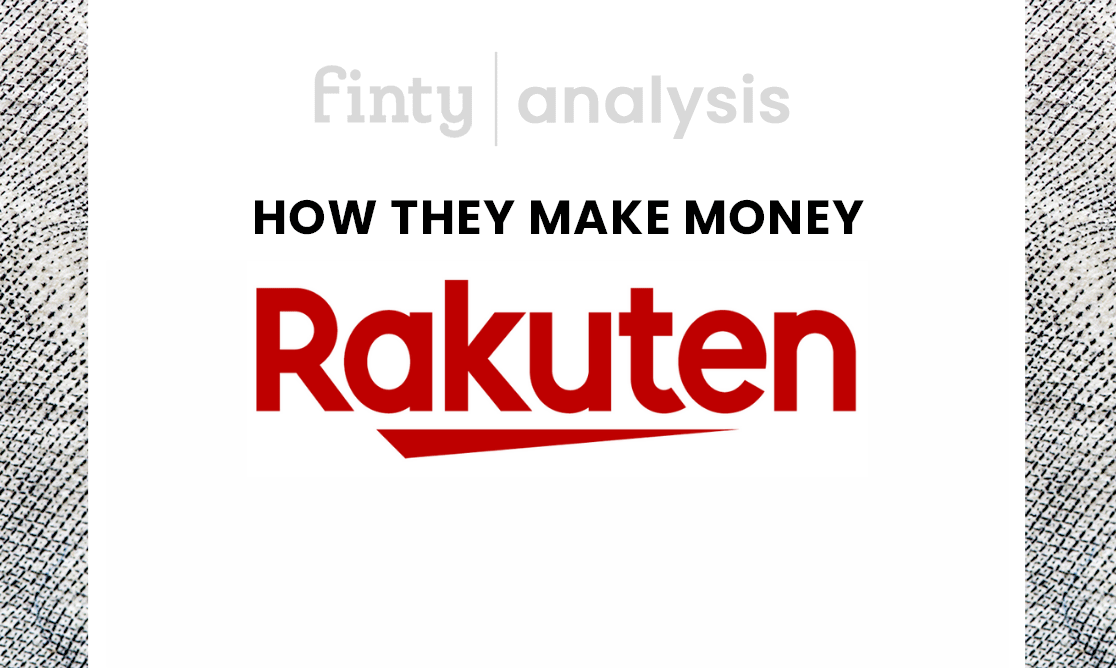 Popular cashback shopping app, chrome extension and app Rakuten uses a cashback rewards model powered by affiliate marketing for its business model. It charges its partners a commission every time a user shops with them and sacrifices much of that revenue to give back to consumers.

Rakuten cashback partners with more than 2,500 retailers, offering cashback rewards across all consumer goods and services categories. Its biggest retail partners include companies like Nordstroms, Amazon, Walmart, Target, and Sephora.

The platform offers a user-friendly experience, with iOS and Android apps available for download. Users receive coupons and promo codes daily through the app.

Keep reading to find out more about how Rakuten generates revenue.

Where did Rakuten come from?

It's not just a cashback shopping app, it's actually owned by a massive Japanese conglomerate with dozens of businesses grouped into 3 divisions covering banking, Internet, and consumer marketing services.

Rakuten has grown to become a massive company in Japan, listed on the Tokyo stock exchange (4755:TYO) in 2000 – making founder and CEO Hiroshi Mikitani one of Japan's wealthiest men.

The company bought the well-established cashback shopping site, eBates, in 2014 for $1 billion and rebranded it to Rakuten in 2019.

What does Rakuten do?

Rakuten in the United States runs a cashback rewards model for the consumer market.

The company earns through its affiliate marketing strategy, charging its partners a percentage commission on all sales made by its users.

The service operates both online and in-store, allowing users to claim cashback rewards for their purchases.

Rakuten splits its commission with its users in the form of cashback rewards for their purchases, with the consumer taking the lion's share of the commission.

After accumulating cashback rewards over $5 in value, the user can receive a payout to their PayPal account or a check in the mail.

How does Rakuten work?

Rakuten allows users to link their bank account, PayPal account, and credit card to their account if they want to receive in-store cashback from their purchases.

After logging into their account, users can search for specific stores for promotions and discounts.

Rakuten offers shopping through its site with categories like double cashback stores, hot deals, and others. Users select the store they want to shop at, they click the link, and the site redirects them through to the retail partner's website to make the transaction.

Rakuten also offers a browser extension, with the company tracking all user activity on the partner's site.

When a user enters the checkout at a partner retailer, they receive a popup notification telling them they qualify for rewards and the monetary value of that reward.

Rakuten makes money by charging its partners a referral commission for the business it sends them. The company uses this commission to fund its operations and payout its users.

Users can shop in-store with Rakuten partners and receive cashback on their purchases. Users access their in-store offers through the site or the dedicated Android or iOS app. Users must link their bank account or credit card to the Rakuten platform to qualify for this service.

In-store offers only qualify for single purchases. However, users can rest the app if they want to make more than one purchase in-store. Rakuten earns a commission through all sales it brings to its partner retailers, similar to the online model.

The company tracks all its transaction activity with its partners, selling that data to marketing firms that use it in advertising campaigns.

The company didn't sell any personal data, securing the identity and behavior of its users.

There is no official data on what Rakuten receives for selling marketing firms this data.

Rakuten plans to expand its partner base in the coming years, giving its shoppers access to more partner retailers where they can score cashback rewards.

The company wants to focus on signing on brands and retailers that offer its user base the most value for their shopping experience.

Rakuten competes with other cashback rewards apps. Some of its top competitors include the following companies.