How does Roblox make money? 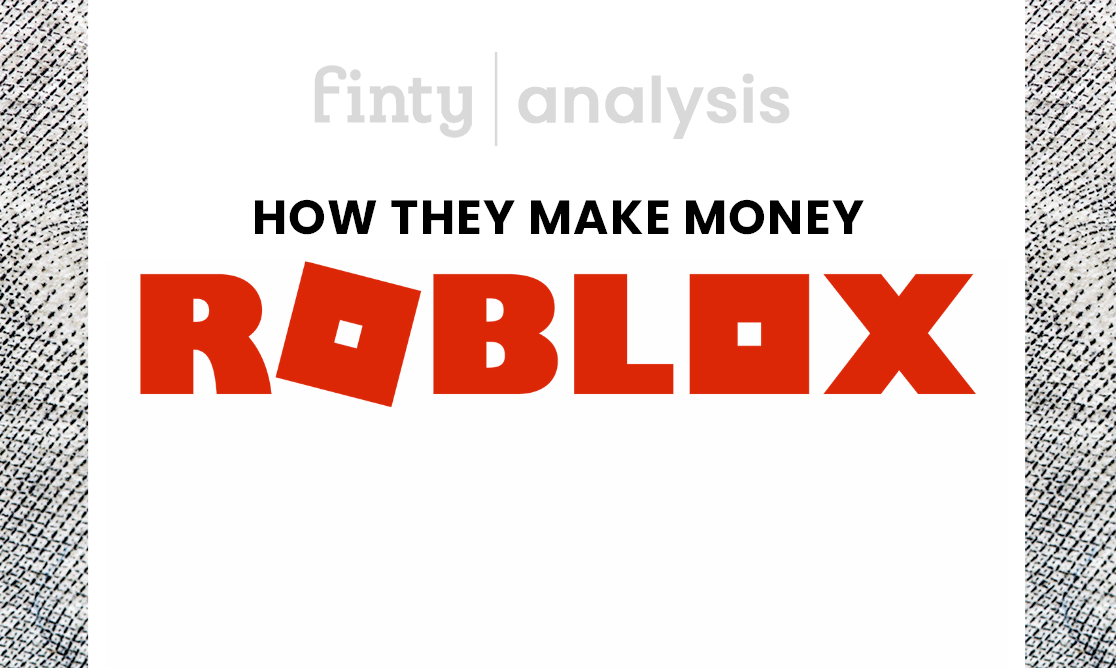 Erik Cassel and David Baszucki founded Roblox in 2004, with headquarters in San Mateo, California. The company initially went under the name "DynaBlocks." The company employs over 2,000 people in its two offices in California and Shenzhen, China. At the end of 2021, the company reported over 49.5 million daily users accessing the site.

Roblox issued a direct listing on the NYSE in March 2021 under the ticker $RBLX. The company's opening share price was $45, but it didn't raise any capital due to its direct listing model. Roblox is the top online gaming platform in the world, and it continues to experience massive user growth.

For more about their business model and how they generate revenue, scroll down.

What does Roblox do?

Roblox is the most popular online gaming platform in the world, with a content library amassing 50 million titles. Roblox allows users to create games themselves and offer them on the site. Users can choose to play any game they like, with titles ranging from Counter-Strike sims to zombie-killer games.

Users sign up for the platform for free and choose to play any game they want from the company's huge content library. Developers can create games using the "Roblox Studio" feature and offer them on the site. It provides a community for developers and players, with its key demographic being people between 9 to 15 years old.

Roblox is available through the platform's website or its dedicated Android and iOS apps available for free download. The company also offers user access through Oculus Rift VR systems and Microsoft Xbox.

How does Roblox work?

Roblox offers users the chance to enhance their in-game experience by creating custom avatars. The platform operates on its native cryptocurrency token, "Robux," which players use to design avatars and pay for in-game promotions.

Roblox operates using a freemium model. Users can play games for free, but they need to use Robux to pay for customizations and advanced in-game features. If users don't have money to purchase Robux, they can earn the token by entering special events to earn Robux rewards.

Robux is the dedicated in-game currency designed for use on the Roblox platform. While accessing the games is free, the company charges for in-game features to enhance the gaming experience for users. Players can access Robux through a one-time purchase of tokens or a monthly subscription to "Roblox Premium."

Robux shares a portion of its Robux revenue with its developers, paying them for contributing to building the platform and its content library. Developer fees account for 24.5% of all revenue generated by Roblox.

Roblox partners with brands like Marvel and LEGO to promote their products and merch on its site through in-app advertising.

Roblox has licensing agreements with top retailers like Walmart and Toy "R" Us, allowing these companies to sell products relating to its platform and games.

Roblox pays royalties when users want to gain access to developer IP on the platform. Users pay a licensing and royalty fee to Roblox for using developer IP. Companies use the IP on their website, platform, or app, paying Roblox royalties that it shares with its developers.

Roblox has big plans for expanding its online universe. The company is heavily involved in bringing its model to the Metaverse, and it continues to focus on expanding its international reputation.

The company also intends on improving the developer experience using its growth flywheel strategy, and it plans to expand its user demographic to all ages.

Roblox competes with other companies in the freemium online gaming space. Some of their top competitors include: