How does Squatty Potty make money? 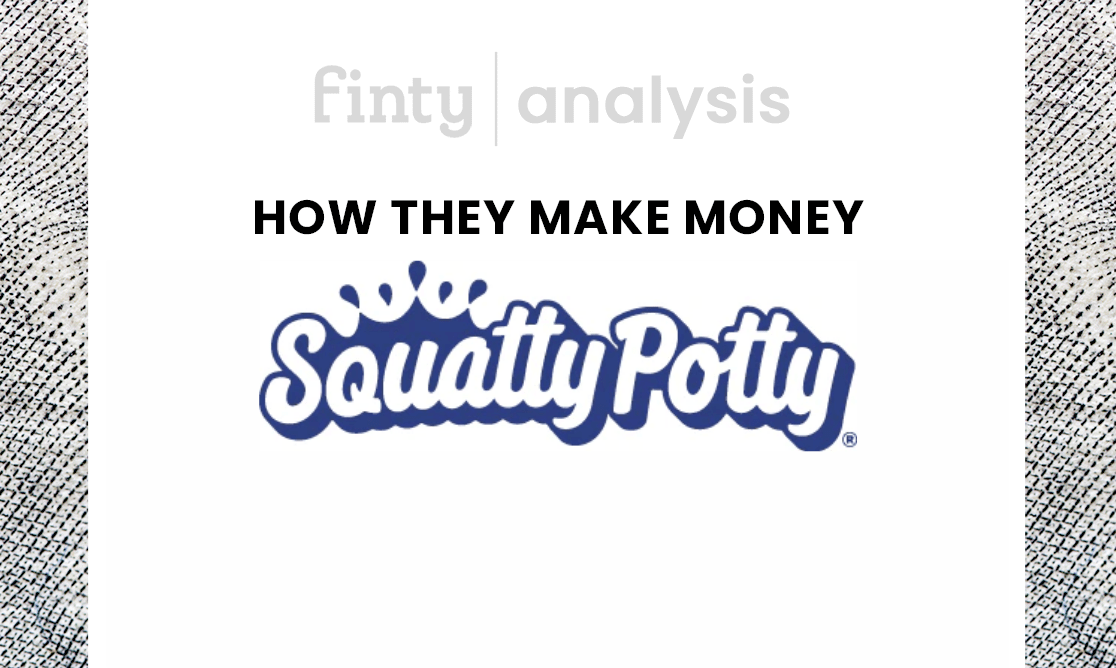 Judy and Bobby Edwards came up with the concept for the Squatty Potty, using their second appearance on "The Shark Tank" in 2014 to acquire the funding they needed to launch and grow the business. The Squatty Potty is one of the show's biggest successes.

Squatty Potty is a money-printing machine. What follows is their backstory and how they make money.

The Squatty Potty is a device that attaches to the underside of a standard toilet. It's designed to change the user's position while seated on the toilet to a squat.

According to medical experts, the squat position provides faster and more efficient clearance of the bowels, improving GI health.

The company manufactures the Squatty Potty stool step and sells it in the American and EU markets, plus 20 countries around the globe. It has proved to be a hit with consumers, earning more than $175 million in sales and building the company founder's net worth to a purported $50 million.

The brand went viral thanks to a humorous commercial featuring an animated character — "Dookie the Unicorn" — who was experiencing issues producing his "Rainbow Soft Serve" while in the bathroom. Hundreds of millions of people viewed the ad.

How does Squatty Potty work?

Research shows that people can evacuate their bowels efficiently — and resolve issues like constipation — by adopting a squatting position.

The mother and son duo decided that the best method of gaining exposure for their product was through appearing on the Shark Tank.

When they appeared on the show, the pair had already patented the product and were getting sales online. They needed the Sharks to help them with retail partnerships, medical reimbursements, and FDA compliance.

During their pitch to the sharks, Judy and Bobby asked for a $35,000 investment, giving up a 5% equity stake in the company for the capital.

The Sharks seemed to think the duo was joking until they saw the sales figures.

Before meeting the Sharks, and during its first year of operations, the couple appeared on Dr. Oz. They recorded $1 million in sales in the first year and $2.7 million in the second year. Their projection for third-year sales was $7 million.

Kevin O'Leary offered $350,000 for a 10% stake in the company, but Bobby turned him down, causing O'Leary to walk away from the deal.

Bobby tried to negotiate a 10% stake for $500,000 with Lori Greiner, but she turned that offer down.

Eventually, Greiner and the Edwards settled on the original investment of $350,000 for 10%.

Squatty Potty makes money by selling its patent-protected product on the global market. They primarily sell their product directly to consumers on their own website and on marketplaces such as Amazon and Etsy.

Squatty Potty released its "SquattyPottymus" product aimed at kids in 2021. However, the company had issues with the product, causing a recall of the "hat" component of the unit. Despite the initial recall, the redeveloped product continues to sell well.

Now owned by Aterian, which is known for its data-driven approach, Squatty Potty can take advantage of its data scientists to find new audiences to market to online. Apart from additional products and accessories, Squatty Potty could grow with new retail partnerships.

Squatty Potty competes with other similar products for market share. Leading competitors include the following companies and brands: