How does Substack make money? 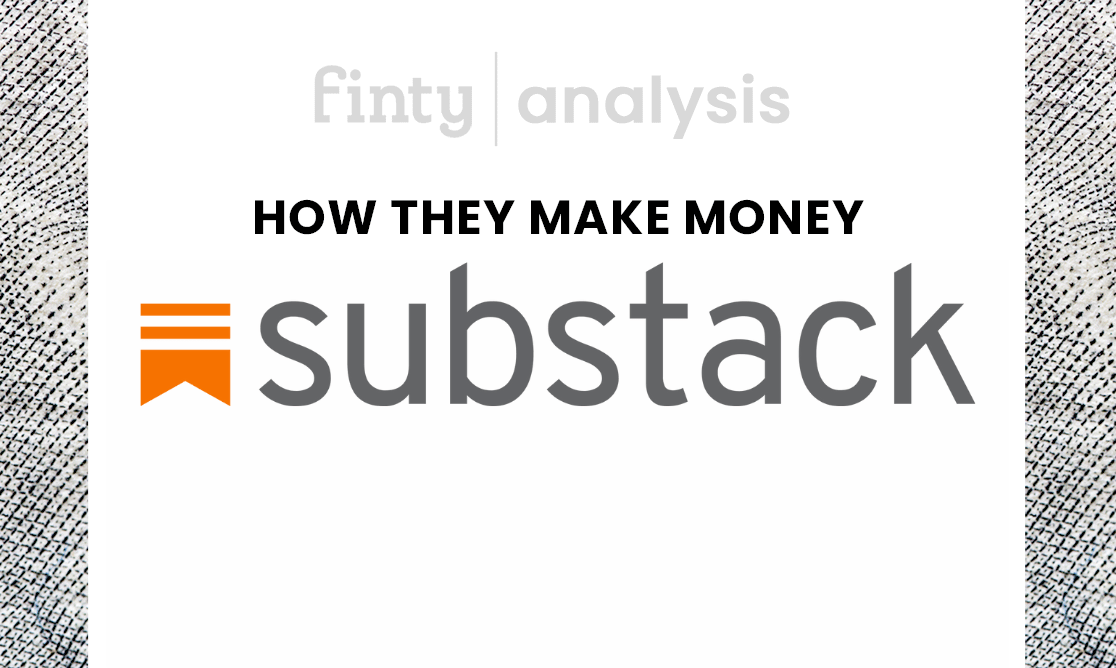 Jairaj Sethi, Chris Best, and Hamish McKenzie founded Substack in 2017. The company has its headquarters in San Francisco, California. Substack aims to be a censorship-free platform allowing writers to create an additional revenue stream for their work. It plays host to many prominent writers that fled traditional media due to "cancel culture."

Bari Weiss, former NYT editor, and controversial journalist Glenn Greenwald are some of the platform's most recognized creators. After its launch in 2017, Substack received a flood of new creator accounts, amassing 500,000 subscribers to its platform in just a few months.

While the company is yet to launch an IPO, it raised $82.4 million across four rounds of VC funding and received a $650 million valuation after its Series B fundraising round.

Keep scrolling for more details on their business model and how they make money.

What does Substack do?

Substack is an online platform designed specifically for writers. The company operates a similar model to Patreon, where creators can charge for subscriptions to their accounts. Readers follow the creator, spending money on a subscription tier offered by the writer.

There are hundreds of categories on Substack, from politics to sports, tech, and many more. Interested users can read through a couple of the creator's articles before signing up as a paying subscriber to the creator's account.

Many new authors offer their content for free to attract new subscribers and build their reputation. Substack is available for desktops, and the company has yet to issue a dedicated Android or iOS app for mobile devices.

How does Substack work?

Substack operates a subscription-based business model. The company incentivizes its creators to produce world-class content, as the better their writing and content, the more subscribers they attract, and the more income they receive.

By bringing the world's top writers to its platform with the promise of creating another income stream for the creator, Substack builds its reputation for being the go-to site for accessing written content online. This strategy is called the "flywheel effect," developed by Jim Collins.

Substack is a haven for writers publishing content on controversial subjects, like politics. Cancel culture is claiming the reputations and livelihoods of many writers. Substack offers them a sanctuary where they can express their views to a paying audience who wants to hear what they say on specific topics.

Substack makes money by charging its creators a 10% commission on their monthly subscription revenue. Authors and writers with a reputation have the chance to negotiate this fee with the Substack team.

The platform also offers an "advance" model, where it pays the author a lump sum upfront for publishing their content on its platform. Those writers taking an advance will pay Substack a higher portion of their monthly subscription earnings.

However, it's important to note that the company receives more than 90% of its earnings from the top 5% of creators. The vast majority of creators don't earn anything from publishing their work on Substack.

The company benefits from the "flywheel effect," creating a self-sustaining business model that grows through word-of-mouth referrals. The company plans to launch an IPO to list the company as a publicly-traded entity in the future.

The company is also researching a model of paying creators to join its platform to get more people using its service. Under this model, Substack would pay the creator a lump sum for publishing their work exclusively on Substack, similar to the Spotify model that attracted legendary podcaster Joe Rogan.

After its launch, Substack became the go-to subscription platform for writers. The company has a good reputation due to hosting some of the world's most controversial writers.

It promises creators that it won't censor their work or shadow ban them from the platform. Essentially, the company lets the author publish what they want, and it doesn't interfere with their writing or business.

Substack competes with other content subscription services for market share. Some of its top competitors are the following companies.