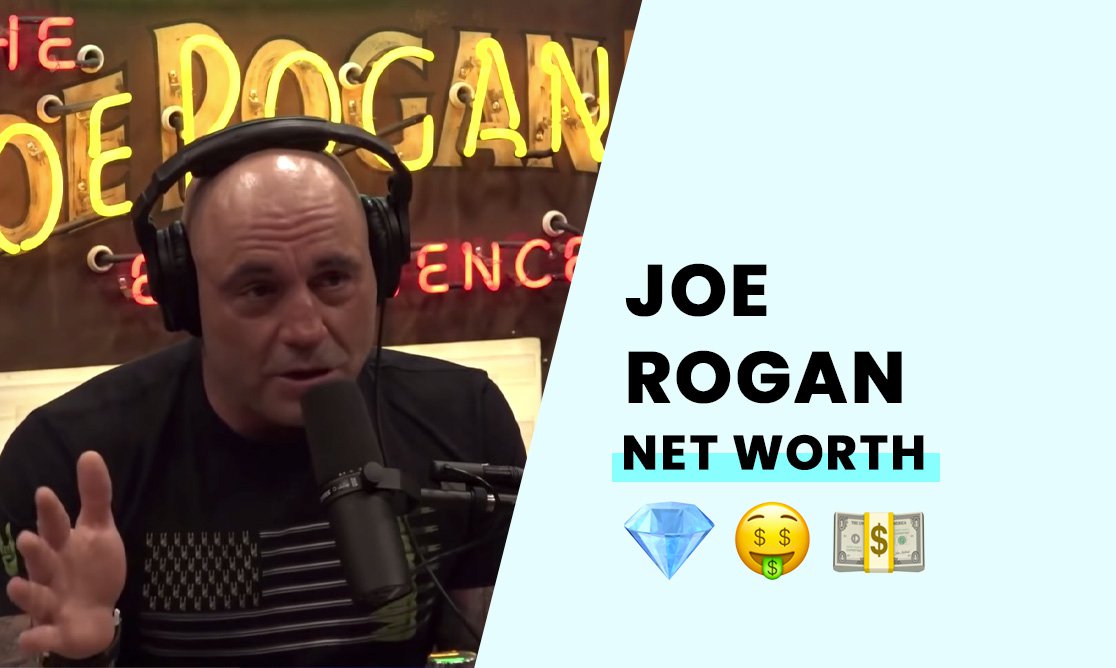 The estimated net worth of Joe Rogan is $100 Million.

Joe is a comedian, podcaster, and color commentator for the UFC. The success of his podcast, "The Joe Rogan Experience," shot him to international acclaim, and he won the 2021 Spotify award for "The biggest podcast in the world."

Born on August 11, 1967, in Newark, New Jersey, Joseph James Rogan comes from an Irish and Italian family. His father was a Newark police officer, and the family moved around a lot when he was a child.

Joe's parents divorced when he was young, and Joe says he remembers his father being violent with his mother during his early childhood before they split. Before eventually settling in Newton Upper Falls, Massachusetts, Joe's family moved from San Francisco to Gainesville, Florida.

Joe graduated from Newton South High School in 1985. The podcaster took up Karate at 14, changing to Taekwondo at 15. His love for the competitive side of the sport led him to a national championship and a black belt by age 19.

Rogan attended the University of Massachusetts Boston, dropping out before his graduation to chase a career in comedy. He lived for much of his early adulthood in Boston, moving to New York to pursue a career as a standup comic.

How did Joe Rogan build his net worth?

While Joe views himself as a comic, he got his big break on TV shows like "News Radio" and "Fear Factor." He moved to LA to pursue his acting career and chase his passion for standup comedy. Joe attributes his success to his hard work ethic, and he remembers how he would work a full day on the set of Fear Factor and then drive to the Comedy Store for his stand up set.

Joe met Dana White in Las Vegas in the late 90s and Dana convinced him to commentate on UFC fights due to his experience in martial arts. Joe is a Taekwondo champion and a double jiu-jitsu black belt under Eddie Bravo and Jean Jacques Machado.

However, Joe would experience his biggest success in podcasting. He says he started his podcast "The Joe Rogan Experience" to enjoy chatting with his friends. However, the podcast started gaining traction in 2016, and by 2020, he was the biggest podcaster in the world. His most listened-to episodes are those featuring Elon Musk, Alex Jones, and Edward Snowden.

Joe decided that the censorship and demonetization his podcast experienced on the YouTube platform no longer made the show worth doing. So, he penned a deal with Spotify in May 2020, giving Spotify exclusive rights to his podcast.

Official reports say Spotify paid $100 million for the deal. However, on one of his podcasts, Joe notes that they paid him a lot more than that figure. He still has the clips channel on YouTube.

Joe says his success comes from his hard work ethic and commitment to managing his time with a daily routine that makes room for exercise.

He says he doesn't write out goals for himself. Instead, he chooses to chase a general goal he has in mind, and it seems to work for him.

How rich is Joe Rogan?

With a reported wealth north of $100 million, Joe Rogan is the world's most successful podcaster.