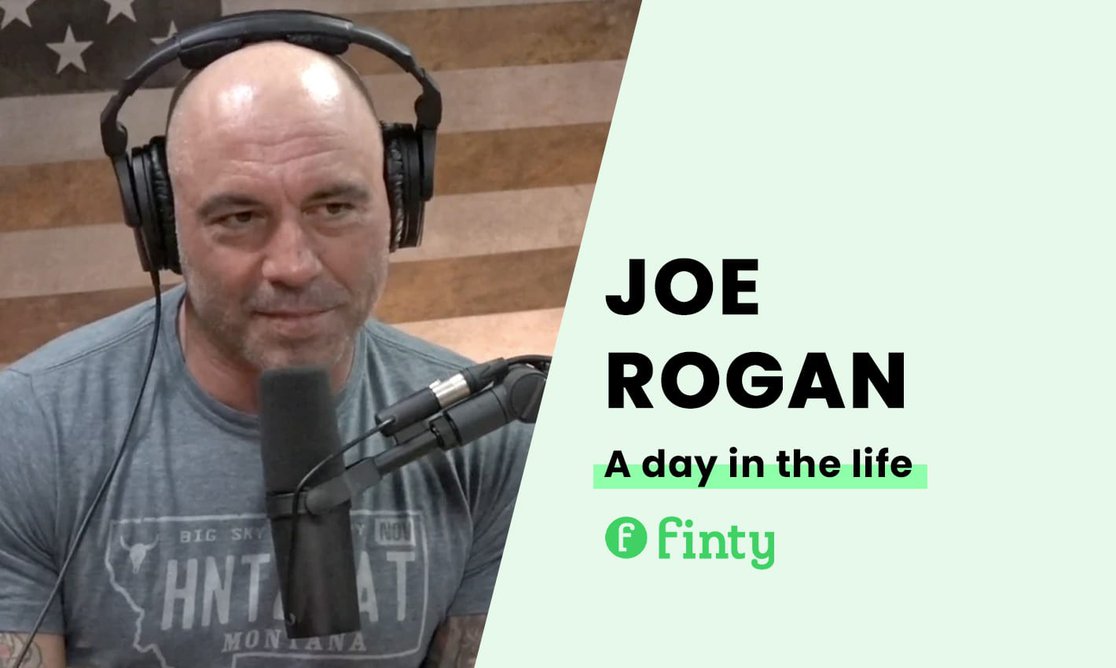 When he started "The Joe Rogan Experience" podcast, Joe Rogan had no idea it would lead the charge of independent media and draw such a huge worldwide following. His JRE Podcast would also be the key driver of hisnet worth.

When he's not podcasting, Joe's calling championship fights for the UFC or doing comedy shows. He's a famously busy guy with a packed schedule from morning to night, but looks after himself with a rigorous — some would say grueling — exercise regime.

With so many obligations and responsibilities, what does a day in the life of the king of podcasting look like? Let's find out.

As a comedian, he's frequently up until 3 am entertaining people on the stage or hanging out with his friends. He doesn't follow a strict sleep schedule. His only rule is to get eight hours a night. With that being said, he wakes up anywhere from 10 am to noon, depending on the previous night. He'll start his day with some alkaline water and a little pink Himalayan salt to hydrate and prepare for the intense workout ahead, with a coffee to stave off hunger.

Rogan likes to workout in a fasted state. Anyone who's watched the podcast knows he loves lifting weights, regularly discussing its physical and mental benefits.

When it comes to home gyms, his is fully equipped. He regularly spends up to three hours working out, incorporating anything from free weights to kettlebells and cardio.

He refers to himself as a workout nut, using it to relieve stress in his life. If he doesn't get a workout, he feels edgy and depressed.

After his workout, Joe breaks the fast with a smoothie or a steak with eggs on the side, depending on what he's feeling like on the day. He only eats wild game that he has killed himself on hunts. His Instagram has plenty of pictures of delicious elk and deer meals.

If he has a coffee in the afternoon, it'll be from the Black Rifle Coffee company. He enjoys Caveman Coffee as well. Laird Hamilton's coffee creamer is often added.

After finishing his podcast responsibilities he heads home for dinner, which usually involves elk meat and vegetables or Kimchi. However, he's not afraid of the occasional trip to In-and-Out or McDonalds for a Fillet-O-Fish after a show.

Evenings are spent at home, watching movies with his daughters and wife. After everyone else has gone to bed, he will start writing. He believes this time writing is what made him a success, so he takes it seriously, and often works through to the early hours of the morning. When it's time to go to sleep, he relies on his Whoop device to track his downtime.