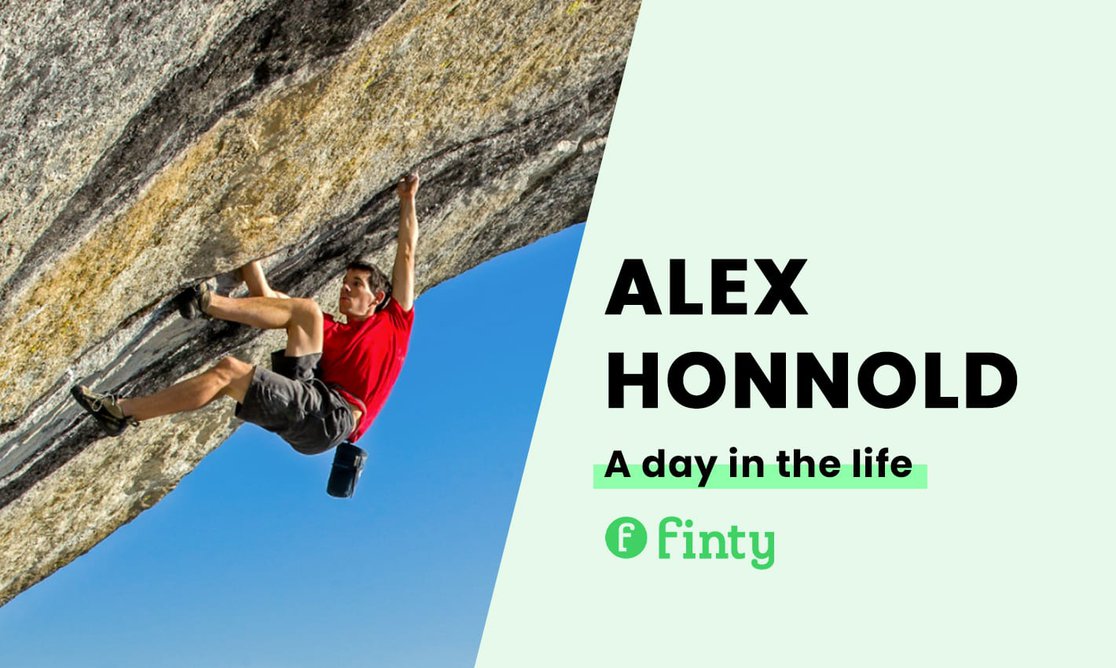 For most of us, the thought of climbing a few hundred feet up a sheer granite rock face seems terrifying, especially if you stop halfway and look down. But, for Alex Honnold, it's another day at the office. This professional, free solo climber takes on the world's toughest climbs and conquers them all.

As the world's most famous rock climber, Alex lives a minimalist lifestyle from his home in Las Vegas. His minimalist approach to life enables him to indulge his love of climbing and with his minimalist shoes and chalk, Alex can tackle practically any climb.

When he isn't at home, he's living the van life on the road, visiting the country's top climbing locations. He spends long periods on the road, crashing on a friend's couch, or sleeping in his van.

In fact, Alex only bought his home in 2017 after spending the previous 14 years living out of his van on the road. When he did eventually purchase his home, he didn't have the money for furniture. So, he slept in his van in the driveway for a few weeks before officially moving in!

Honnold's net worth has reportedly improved but continues to live a life of freedom and excitement that most of us can only dream of. So, what does the daily routine of the world's top free solo climber look like?

Alex likes to make the most of his morning. His day starts at 7 am, and most of the time, he’ll be waking up in his van. After waking, Alex preps his gear and makes breakfast.

He’s trying to move towards a vegan diet to improve his health. However, his extreme rock climbing taxes his muscles and nervous system so much that he has to add eggs to his diet to compensate for the lack of protein.

After breakfast, Alex heads out for his first training session of the day. When he was prepping to climb El Capitan in Yosemite, Alex was training 40+ hours a week.

However, when he’s not preparing for a climb, he heads to The Owens River Gorge for his workout.

His first climb typically begins at 8:30 am, finishing the "Flashflood Wall" in an hour by 9:30 am. After finishing the first ascent, he goes for round two on the "Feudal Beerlords" wall, finishing the climb at around 11 am.

From there, he’ll typically go bouldering with friends in the afternoon.

Around midday he meets with friends for something more light-hearted, dragging out the crash mats and bouldering to build their finger strength and climbing skills. Alex famously keeps a fingerboard in his van for training his finger strength.

After an hour or so of fun on the boulders, the team breaks for lunch. Alex will enjoy a wholewheat sandwich with cheese and hummus to fuel the afternoon's activities. He'll usually snack on protein bars, nuts, and fruit in the afternoon when he feels hungry. He also says he has a soft spot for nut butter packs from Justin's.

After lunch, Alex and the team launch into their second bouldering session. They'll keep at it until around 3:30 pm when they break for the day and discuss everyone's progress on the boulders.

After finishing the day's bouldering at around 6 pm, they’ll head to Misty Creek for dinner. Alex enjoys a big meal in the evening, but he tries to avoid eating meat. If he’s on the road, he cooks himself some eggs for dinner.

Alex has a busy life. When he’s not hundreds of feet in the air, hanging pricariously from a ledge, he’s out doing work for the Honnold Foundation, which is his vehicle to give back to the world by installing solar panels around the world for those in need.

After a leisurely dinner and conversation with friends, Alex heads back to the campsite. He’ll build a campfire to wind down the evening and relax with his wife, Sanni.

When hundreds of feet up with no safety lines, you need every ounce of your mental fortitude and concentration to avoid making a fatal mistake. Unsurprisingly, Honnold takes his sleep seriously since affects his performance.

Bedtime is between 10 pm to 11 pm, depending on how tired he feels from training. He aims to get between seven to eight hours of sleep each night.