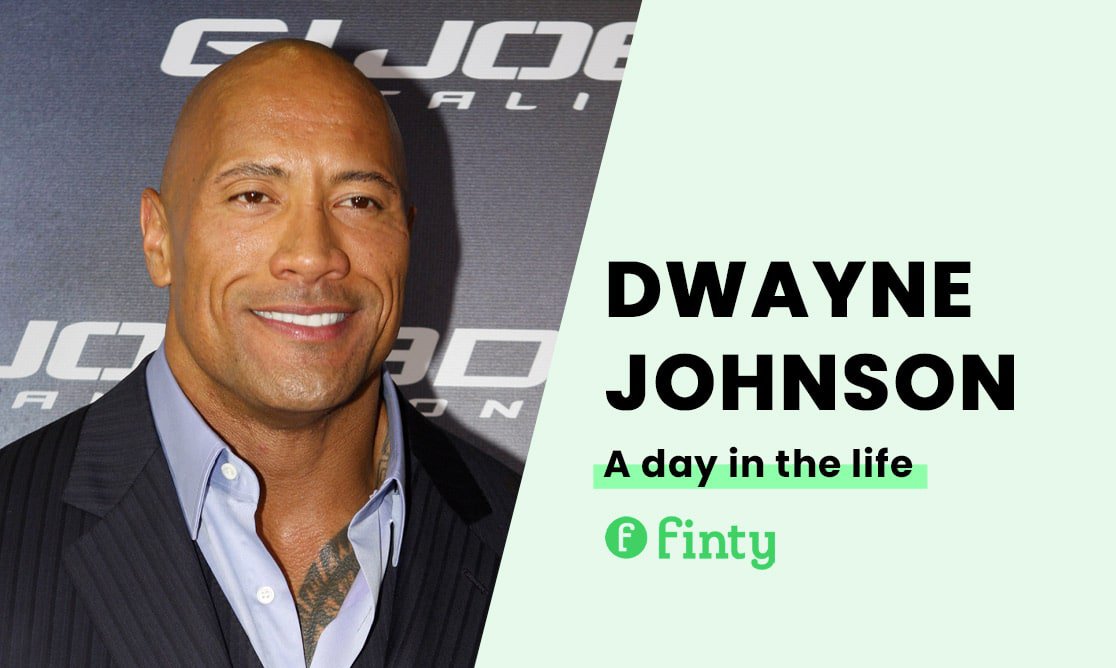 Dwayne "The Rock" Johnson is one of the hardest-working and highest-paid actors in Hollywood. He also has a physique the size of three average men. But it's not just the actor's physique that made him one of the industry's A-list celebrities.

Johnson has an insane work ethic — something he inherited from his father — and famously starts his day when most people are still in bed.

Even though he starts early, he only gets around three to five hours of sleep each night.

He's fine with that, being one of the lucky few who are fully functional on limited sleep.

Unsurprisingly, the gym plays a central role in who he is as a person.

His body essentially built his career, and thanks to a rigorous regime — and a team of chefs and assistants — the man never misses a meal or a workout.

He states his time in the gym is like his meditation, where he's in full control of the outcome.

Here’s what a day in the life of The Rock looks like.

As one of Hollywood's biggest names, find out how much The Rock is worth.

He is one of the lucky few who can function and feel restored on as little as three to five hours of sleep, even after a heavy day in the gym or film studio.

He begins with a light cardio workout, often a run.

If it's raining outdoors, he'll get his cardio in on the elliptical machine at home while sipping on coffee and catching up on the news.

He says he prefers light-intensity cardio to high-intensity training in the morning and that a morning cardio session anchors him for the rest of the day.

If he knows he's going to be busy all day, he'll lift weights in the morning instead of cardio.

After working out, it's time for the first of five to seven meals totaling 3,000 calories.

Meals are prepared the day before, ensuring he has the right amount of nutrition on hand to fuel his training and work.

Portions are all measured to hit his macros.

Breakfast is typically steak or oatmeal, depending on his training goals.

Some of the other staples in his diet include chicken, eggs, broccoli, rice, halibut, baked potatoes, asparagus, onions, mushrooms, and leafy vegetables.

He relies on natural protein sources, but he also uses a casein protein shake to enhance his workout recovery.

Johnson’s life is very busy. Not only does he have family and work responsibilities, but he's involved with many other events and organizations that make demands of his time.

He also founded "Seven Bucks Productions" with his wife in 2012 (because that's all he had left in his bank account at the time).

He typically spends two to three hours working out in the afternoon each day between work responsibilities.

If he’s working on location, then his portable gym — the “Iron Paradise” — comes with him, regardless of where that may be in the world.

The only thing more legendary than Dwayne's work ethic is his cheat days, which he shares with his followers on Instagram.

Cheat day menus can range from burgers and fries to ice cream and pancakes.

After finishing his workout, he will prepare for evening work or entertainment responsibilities.

If he has nothing going on, he'll relax at home and answer emails on the laptop until late into the evening.

He doesn't usually start feeling tired until around 11 pm and usually turns in anywhere from 10 pm to midnight, depending on the demands of the day.

A few short hours later, he’s back at it again.