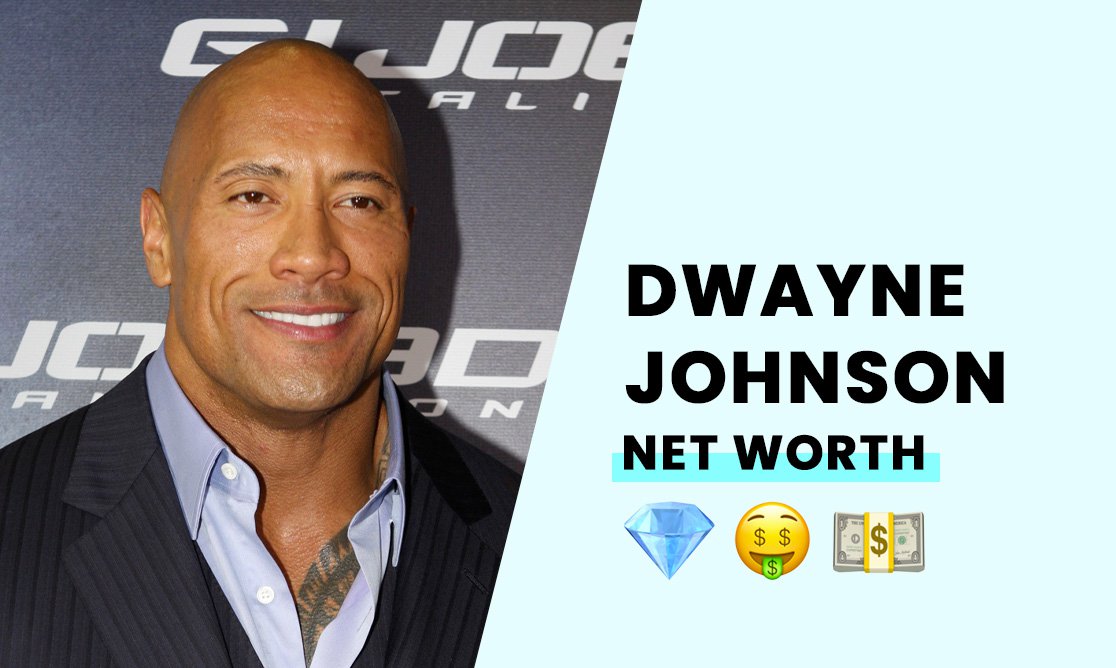 The estimated net worth of Dwayne Johnson is $400 million.

He’s one of the highest-paid actors in Hollywood, and he owns the “Fast & Furious” film franchise. Plus, there's his Tequila brand, Teremana Tequila. The Rock earns anywhere from $70 million to $100 million yearly.

Born on May 2, 1972, in Hayward, California, Dwayne Johnson is the son of former WWE professional wrestler “Rocky Johnson” and has Samoan heritage.

Before moving to Hamden, Connecticut, his family lived in New Zealand for a brief time. When Dwayne was young, the family moved around a lot, living in Honolulu, Hawaii, and Nashville, Tennessee.

Dwayne attended high school during the family’s stay in Nashville, with Dwayne showing promise as an athlete during his high school career.

He landed several football scholarships from leading colleges, settling on the University of Miami for his college career.

Dwayne was part of the 1991 Varsity team that went on to win the national championship that season. However, his time with the Hurricanes saw him sustain several injuries, ending his chance at entering the NFL.

How did Dwayne Johnson build his net worth?

Dwayne Johnson first rose to fame thanks to his tenure at the WWE between 1996 to 2004.

His tagline — “Can you smell what the Rock is cooking?” — is still the subject of memes floating around the internet today.

While in the WWE, The Rock earned nine world heavyweight championships, making him one of the sport's most popular and successful athletes.

Johnson appeared on SNL in 2000, hosting the show alongside guest appearances from other leading WWE names like Triple H, Mick Foley, and The Big Show.

The Rock transitioned to acting between 2001 and 2004, landing a role in the blockbuster “The Scorpion King” in 2002.

The Rock steadily built his Hollywood influence, but his big break came in his appearance and acquisition of the “Fast & Furious” movie franchise, where he starred alongside Vin Diesel, the late Paul Walker, Jason Statham, Michelle Rodriguez, John Cena, Gal Gadot, and others.

He also launched a successful TV show, “Ballers,” seeing his reputation and net worth start to take off.

Dwayne has used his celebrity and influence to co-found a Tequila drink, "Teremana Tequila," in 2020 with drinks industry entrepreneur Ken Austin. Austin has partnered with Connor McGregor to create "Proper Twelve" whisky brand.

Other celebrities that have launched a drinks label include Kendall Jenner (818 Tequila) and Ryan Reynolds (Aviation American Gin).

He’s famous for posting motivational videos of his workouts while telling people about his climb to success.

The key to his success is relentless hard work and an early start to his daily routine.

It's this ability to persist through the hard times that he ascribes his success, having arrived in Hollywood with just $7 to his name, setting up his company, “Seven Bucks Productions,” in 2012, and now being one of the big screen's most successful actors.

How rich is Dwayne Johnson?

With a reported net worth of $400 million, Dwayne “The Rock” Johnson is one of the most successful leading men in Hollywood, and he has a successful career with many deals currently on the table.

With the Fast & Furious franchise continuing to net him millions, we expect his net worth will continue to grow, and he might end up as a billionaire by the time he retires.