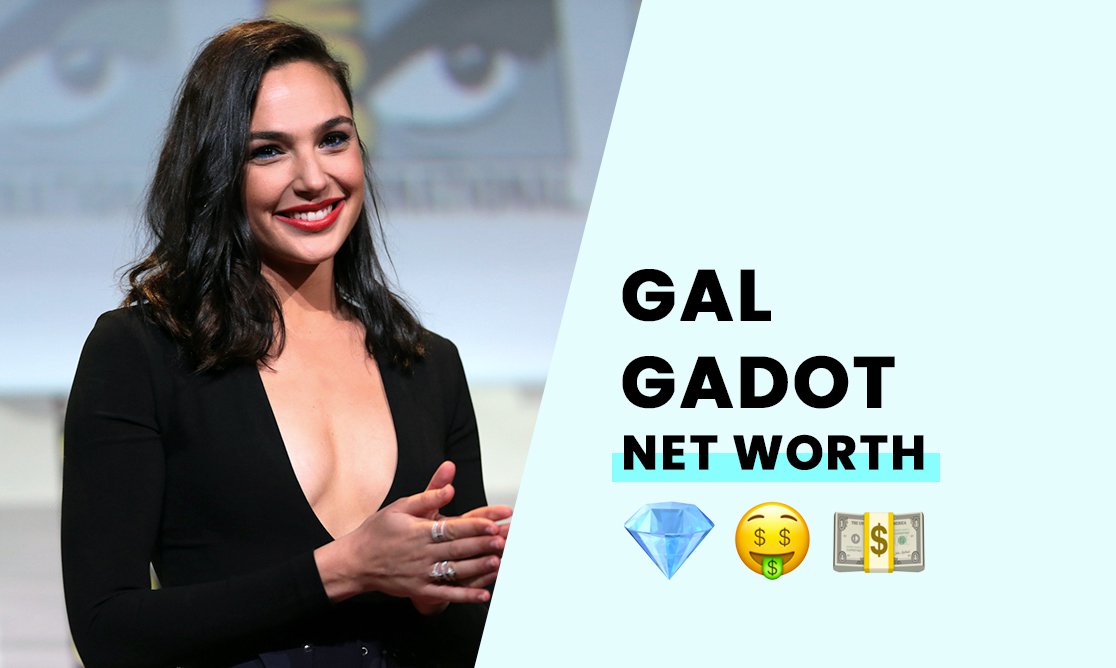 The estimated net worth of Gal Gadot is $30 million.

Gadot is an Israeli fashion model and actress, well-known for her role as "Wonder Woman" in the DC universe movies. In 2018, she made the Time magazine list of 100 most influential people, and she was one of the highest-paid actresses in the world. 2020 saw the actress land a $20-million payday for the Netflix Original, "Red Notice."

Born on the 30th of April, 1985, in Petah Tikva, Israel, Gal Gadot is the daughter of a teacher and engineer. Her name translates from Hebrew to "waves on the riverbank." Her grandparents settled in Israel after suffering persecution at the hands of the Third Reich during World War II. Gal grew up with her sister and parents in Israel.

Gal posed for Maxim magazine in 2007 for the In 2007 "Women of the IDF" shoot. She completed her university education at DC Herzliya college in Herzliya, Israel, studying law and government.

How did Gal Gadot build her net worth?

Early in her career, Gal Gadot showed promise as a model, winning the Miss Israel Pageant at 18 years old. After winning, she represented her country at the 2004 Miss Universe Pageant in Ecuador. Her appearance opened the doors for a successful modeling career.

Gal worked with several luxury brands, including Gucci, Miss Sixty, and Jaguar. During her time as a model, she featured in several high-profile publications like Glamor, Cosmopolitan, and FHM.

Not content with modeling and acting, she has done paid endorsements for Revlon and was the brand ambassador for Castro Fashion. And she replaced Jennifer Aniston as the face of Smartwater in 2020.

After completing her military service, Gal went back to school, and upon graduating, she decided to focus on an acting career. She had a few early auditions for high-profile movies, and she remembers trying out for the Bond Girl role for "Quantum of Solace."

While she didn't get the role in the Bond film, she got her breakout in Hollywood with her appearance in the fourth installment of the "Fast & Furious" franchise alongside Vin Diesel, Dwayne Johnson, Michelle Rodriguez, Elsa Pataky, and Gina Carano. Gal reportedly one her role in the film for her experience in the military and her ability to perform her stunts herself.

Gal’s earning potential as an actress accelerated in 20202 when she reportedly earned $20 million for her appearance in the Netflix movie, "Red Notice."

Along with her husband, Yaron Varsanom, she bought a $5 million beachside Malibu mansion, another home in the Hollywood hills, and a house in Israel.

The husband and wife duo started a hotel in Israel, which was sold off to Roman Abramovich for an amount reported to be $26 million.

She’s also started her own movie production company, Pilot Wave, with plans to produce movies that she will star in.

Gadot attributes her success to her parents believing in her goals of becoming an actress and model. She says that her military experience and role as a combat instructor helped to prepare her for her acting career. She also says her military career implanted a deep sense of self-discipline in her.

How rich is Gal Gadot?

With an estimated net worth of $30 million in 2022, Gal Gadot is one of the breakout stars of her generation, and she's one of the highest-earning women in Hollywood. Finty expects her net worth to triple in the coming few years as her acting success continues.

Is Gal Gadot a millionaire?

Gal Gadot has millionaire status based on her net worth.

Is Gal Gadot a billionaire?

Gal Gadot has not yet entered the club of billionaires, but she is still Wonder Woman.

Our research shows that Gal Gadot is not bankrupt.

Gal Gadot was not born into a rich family.