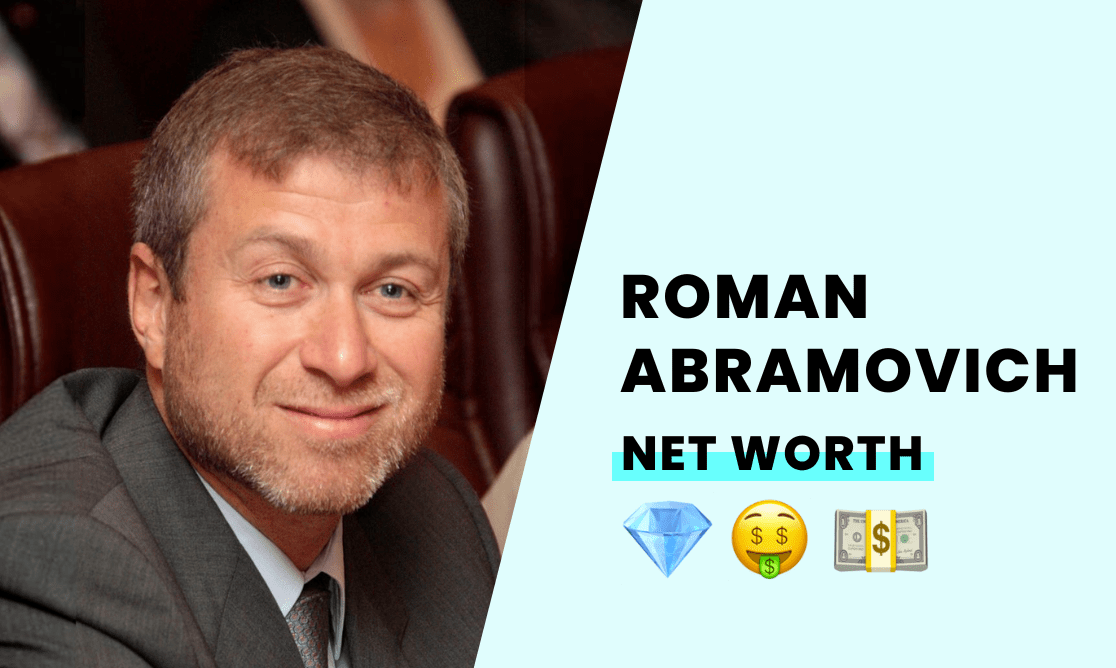 Roman Abramovich's net worth is estimated to be approximately $9.5 billion, although sanctions could reduce this substantially.

Roman Abramovich was born on October 24, 1966, in Saratov, USSR (present-day Russia), to a lower-middle-class family. However, his parents passed away soon after he was born, meaning Abramovich had to be raised by relatives in the Komi Republic in Northern Russia, where he experienced hardship and poverty as a child.

The young Abramovich quickly learned the value of money, encouraging him to save for his financial goals. He started his first venture as a student, a plastic toy-making company. He had an innate aptitude for business, with early ventures proving profitable.

Roman was drafted in by the Russian army while attending the Industrial Institute in Ukhta. He quickly realized that military life wasn't his calling.

Abramovich attended state schools and was an average student.

Information on his university education is controversial. Some sources suggest that he attended the Ukhta Industrial University, while others point to the Moscow Gubkin Russian State University of Oil and Gas. It is also suggested that he attended Moscow State Auto Transport Institute. No matter where he was educated, one thing is clear: Roman Abramovich was not very interested in the traditional education route. His biggest concern was making money.

Abromovich's family was of Jewish descent. His mother, Irina, was a music teacher who died when Abramovich was just one year old. His father, Aaron Abramovich Leibovich, worked in the economic council of the Komi ASSR and passed away when he was three.

Roman Abramovich has had relationships with a string of women over the years. His first wife was Olga Yurevna Lysova, with whom he tied the knot in 1987. They divorced three years later in 1990. The following year, in 1991, he married a stewardess, Irina Malandina, and had five children. This marriage lasted until 2007, when the couple split after Roman started dating the socialite Dasha Zhukova. They wed in 2008 and had 2 children together.

How did Roman Abramovich build his net worth?

Roman Abramovich is a Russian oligarch, defined by the Oxford Dictionary of English as "a very rich business leader with a great deal of political influence." His rise from poverty to riches has been nothing short of incredible.

He was a street trader and a mechanic in the military. Following the privatization of the Soviet Union, he set up a doll-making company with his wife. As his success grew, he diversified into other industries, such as pig farming and oil. He also tried trading bulk products such as sugar, wood, and foodstuffs. In 1992, he was accused of stealing from the government and thrown in jail.

The same year, he registered a company offshore named Runicom Ltd. That company also had several subsidiaries. When President Boris Yeltsin backed the creation of Sibneft, now known as Gazprom Neft, Roman and his partner acquired a controlling share. It is said the auction was rigged, and each of the partners paid $100 million above the actual value. Not long after, the company was valued in the billions. Sibneft produced about $2 billion worth of oil annually. A civil suit was filed in 2011 regarding breach of contract, but it was dismissed.

In 2003, Expert, a Russian business magazine, named Abramovich the person of the year for his business expertise and works as the appointed governor of Chukotka. President Dmitri Medvedev accepted Roman’s request to resign from the post but said that the charitable activities started by Roman in his name would carry on.

Roman has invested more than $300 million in various ventures, including $30 million in the Israeli music app "Music Messenger," which partnered with musicians such as Nicki Minaj and David Guetta.

How has Roman Abramovich spent his wealth?

Roman Abramovich owns luxury real estate, cars, a collection of superyachts, and planes. He is a close ally of Vladimir Putin, the controversial Russian President. Abramovich has lost assets worth hundreds of millions of dollars as a result of sanctions enforced by mostly western governments on Russian oligarchs, severely impacting his net worth.

In 2022, it was revealed that he owned £250 million of property in the UK. He owned the Château de la Croë in the French Riviera, a stunning property that he spent $40 million on renovating that was leased by former King Edward VIII and Wallis Simpson after his abdication from the British throne in 1936. In April 2022, Jersey seized assets belonging to Abramovich valued at $7 billion. That same month, authorities in Antigua seized two of his yachts.

His most famous asset was Chelsea Football Club, which he purchased for $60 million from Ken Bates in 2003. Abramovich spent billions trading players until he was forced to sell the club following Russia's invasion of Ukraine. Fans and players alike adored Abramovich. He attended most home matches and often visited the changing room to talk with players. In 2022, Chelsea FC was sold for close to $5 billion to a group led by American billionaire Todd Boehly.

Abramovich was one of the biggest spenders on the arts, spending millions at auctions worldwide. Amongst his many homes, he has a $90 million mansion on the island of St Bart. When he and his wife divorced in 2019, he moved her into his luxury New York property. In addition to that, he gave her two nearby townhouses worth $92 million. The marriage reportedly cost him a whopping $300 million.

His famous super-yacht, Eclipse, is estimated to have cost $700 million when built, but is now valued at around $1 billion after Abramovich paid for additional luxury modifications and security measures. The cost to maintain Eclipse is reportedly $60 million a year.

Despite his net worth collapsing in the wake of the war in Ukraine and sanctions, Abramovich remains the largest shareholder of Evraz, Russia's second-biggest steelmaker, and has a significant stake in Norilsk Nickel, the world's largest producer of refined nickel. Since both are based in Russia, his ownership has not been affected by sanctions.

Abramovich has been instrumental in the release of hundreds of prisoners of war. According to the Wall Street Journal, "Mr. Abramovich, the former owner of Chelsea Football Club, has acted as a backchannel between Russia and Ukraine since the early days of the war, showing up during peace negotiations in Istanbul and helping to negotiate a deal in July that unlocked Ukraine’s Black Sea grain exports." In a statement, Mr. Umerov, who is the special envoy of Ukraine President Volodymyr Zelensky, confirmed that Abramovich had "facilitated all the POW-exchange matters with Russian officials, including different agencies and ministries and contributed to their release effort."

How rich is Roman Abramovich?

In 2021, he was the second-richest person in Israel, the eleventh-richest in Russia, and the wealthiest person in Portugal. Despite losing many of his assets after 2022's Russian invasion of Ukraine, Roman Abramovich is still a billionaire.